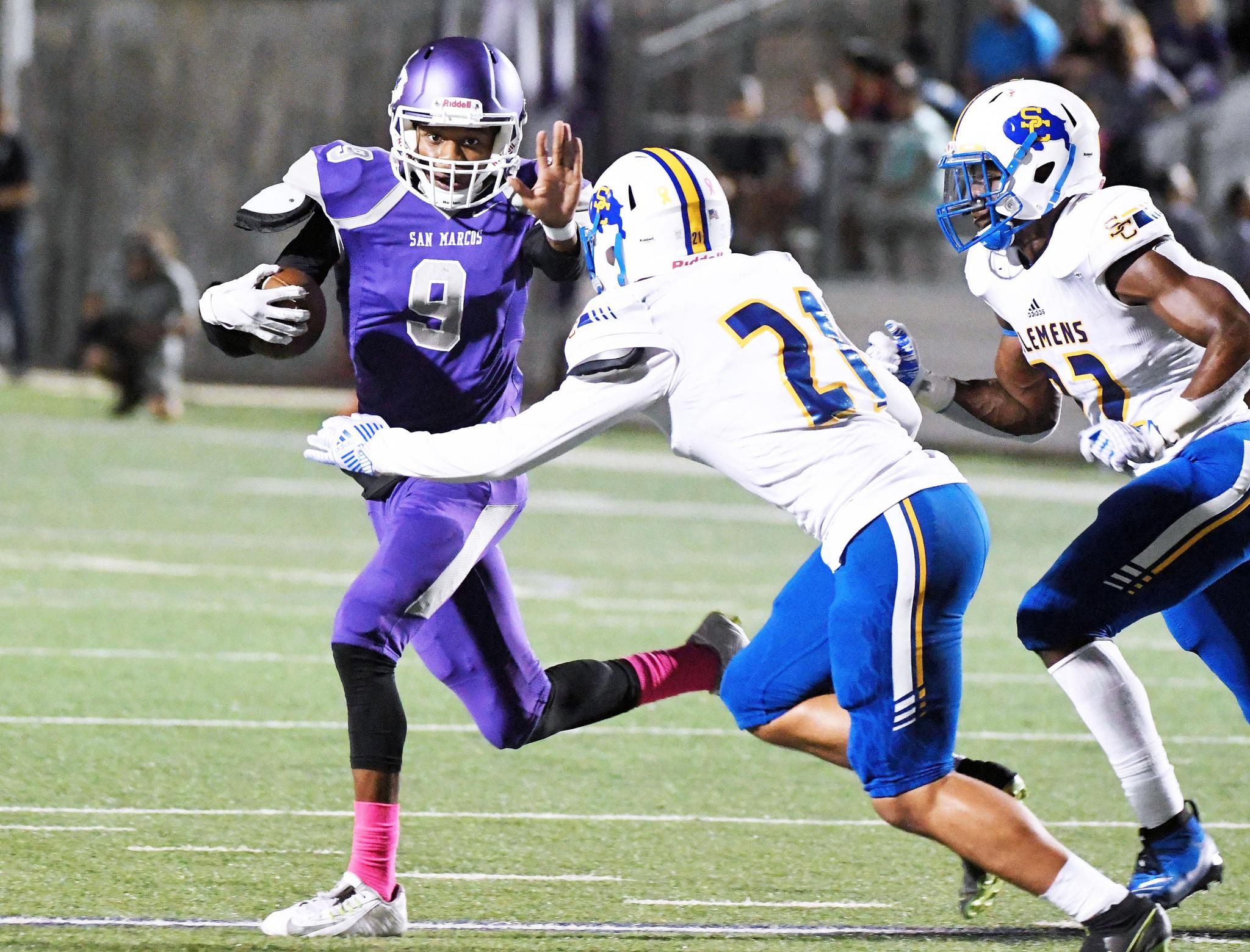 The Rangers have dropped back-to-back games, including last week’s 35-10 loss to Cibolo Steele in Spring Branch. The Rangers are looking to break even at 3-3 with a win this Friday using their ground attack. San Marcos head coach Mark Soto said the Rangers run the ball very well and can play-action out of it.

“Offensively, they put you in some formations that can give you issues defensively if you don’t get aligned right and keep your gap integrity,” Soto said. “Defensively, they just run to the ball. They’ve always done it. It’s a part of their personality. It’s ingrained and embedded in them probably from seventh grade on and they just do a great job running to the ball.”

Senior wide receiver Takai Madgett has been one of the primary red-zone threats for San Marcos, scoring in consecutive weeks and six of the last seven games. It will be important for the Rattler offense to get him involved early and build a rhythm with senior quarterback Alex Garcia throughout the game. Garcia ranks No 5. in the area with 1,488 passing yards and 10 touchdowns on the season.

Soto plans on doing whatever it takes to get Madgett involved quickly and the way to do that is moving him around.

“He may not always be the main receiver. (He) may be the running back, may be the quarterback,” Soto said. “We’re gonna give him the ball as many times as we can, target him in the passing game and if we need to hand it off, we’ll hand it off.”

The Rattler defense will have a tough matchup at the corner position this week. All of Smithson Valley’s receivers are listed at over six feet tall. The cornerbacks will have to follow Soto’s guide to covering taller receivers at the point of contact in order to come up with some big stops.

The team will play Smithson Valley (4-4, 2-3) inside San Marcos Toyota Rattler Stadium for the last time Friday night at 7:30 p.m. in a homecoming battle.

“It’s homecoming and it’s a special time around here,” Soto said. “We get so many people back to watch us play and cheer us on. We’ve got some 50-year reunions, some 20-year reunions, so it’s a really fun time for the whole community. We just enjoy everyone being out there and supporting us and catching up on old times, it’s really neat. Come out, be loud, stay late and let’s go.”