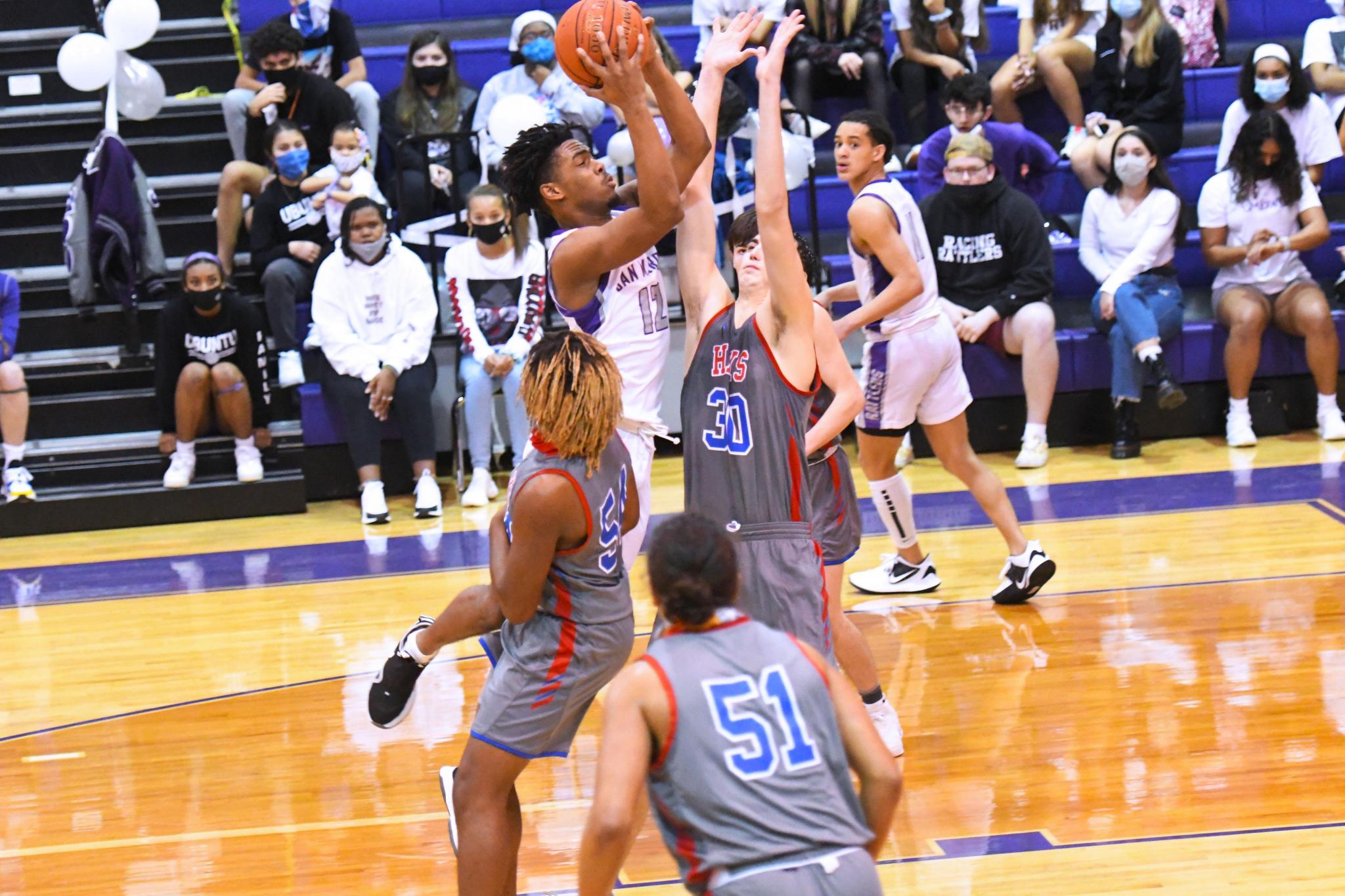 San Marcos hasn’t been good down the stretch of games recently and that has been the primary cause of the team's struggles during its current four-game losing streak.

The fourth quarter woes continued on Friday against school rival Buda Hays when the Rattlers turned the ball over on the most crucial possession of the night. That, in addition to shooting a porous 5-12 from the free throw line in the fourth quarter, gave their rivals the edge in a 50-43 loss inside the Snake Pit.

Head coach Steven Pinchback believes the struggles stem from a combination of youth and lack of execution. It showed down the stretch of three of the last four losses and forced the Rattlers under a .500 record in district play for the first time this season.

“We just didn't execute, you know, and every game has been somebody different to kind of turn it over, but we just have to figure it out. We're young, but we've seen the same mistakes,” Pinchback said.

This was the second time these two teams ran into each other since a little over a month ago, when both teams were missing key pieces to the puzzle — San Marcos (5-7, 3-4) missing sophomore guard Kaden Gumbs and Hays (7-13, 2-5 district) missing senior guard Durand Hill, who played a solid game for the visitors on Friday.

Both teams struggled to find any consistent offense as the first quarter felt very slow-paced, opposite of how San Marcos likes to play. However, it played into Nathan Henry’s game, with the sophomore scoring four points early by muscling his way to the basket. Pinchback has taken notice of Henry’s play recently, which is why he inserted him into the starting lineup for the first time this season.

San Marcos struggled to create turnovers, leading to a lack of transition points early for the hosts, but they were able to scrape together a 10-8 lead after one.

The Rattler offense still struggled to put the ball in the basket as Hays got out to a 6-0 run in the second, taking a page out of San Marcos’ book by getting out in transition. With 4:27 on the clock, Gumbs flew into the passing lane and scored, marking the first field goal of the quarter, but still the hosts trailed, 20-17. The point guard kept his scoring output up, dropping in 9 of the Rattlers 19 first half points. Hays played good defense on Gumbs at the end of the half, leading to a 20-19 halftime lead for the Rebels.

To start the third, everytime sophomore forward Malik Presley got his hands on the ball, chants sprung out calling him “overrated.” But it didn’t faze the two-year letterman from starting out the quarter with athletic drives to the basket. The second of his two buckets came over the middle, putting his team ahead, 25-23. Gumbs followed that up with a dunk off one leg, igniting the crowd. Hays responded by scoring 10 points in the last 2:21 of the frame, giving them a 33-32 lead.

San Marcos made the plays to put itself in position to win for a little bit. Gumbs anticipated one of Hays’ passes. His layup put the Rattlers behind by two and on the next play, they were able to get a stop with a chance to tie the game with 1:25 left. Again, down the stretch of games, execution seems to be the Achilles heel of this team. Trailing 45-43 with 1:18 left, Gumbs — who at the time was having a spectacular performance — threw a pass that was picked off by the defense, leading to another transition bucket for the visitors and ultimately ending the hosts’ chances to end their losing skid. San Marcos won the first meeting on the road, 68-61, on Dec. 18, but Hays returned the favor Friday with a 50-43 win in San Marcos.

It’s been a weird four-game stretch for the purple and white to say the least. A team that was averaging 70 points a game in its first three wins has only been averaging 44.75 points per game during the losing streak and the offensive struggles prove to be one of the teams weaknesses as of late. Although they have been scoring less than average, San Marcos has held three of its last four opponents to 50 or less points and that’s the positive takeaway from this month.

“We learned last year, I've given up the most points in the district. I think we are one of the top defensive teams in the league,” Pinchback said. “So it's gonna happen, we just have to stay the course. If we stay the course, we’ll be fine.”

The Rattlers will look to start a win streak in enemy territory as their next three games are on the road, starting with Austin High (5-10, 1-7) Tuesday at 8 p.m.

“We just gotta shake it off. I know they can execute, so sometimes these are things you gotta go through. Like I told them in the locker room, we didn't get in or out of the playoffs tonight,” Pinchback explained. “We’re still one of the top teams. It's a rivalry so anything can happen. We just gotta keep playing and not worry about that. Just keep battling.”