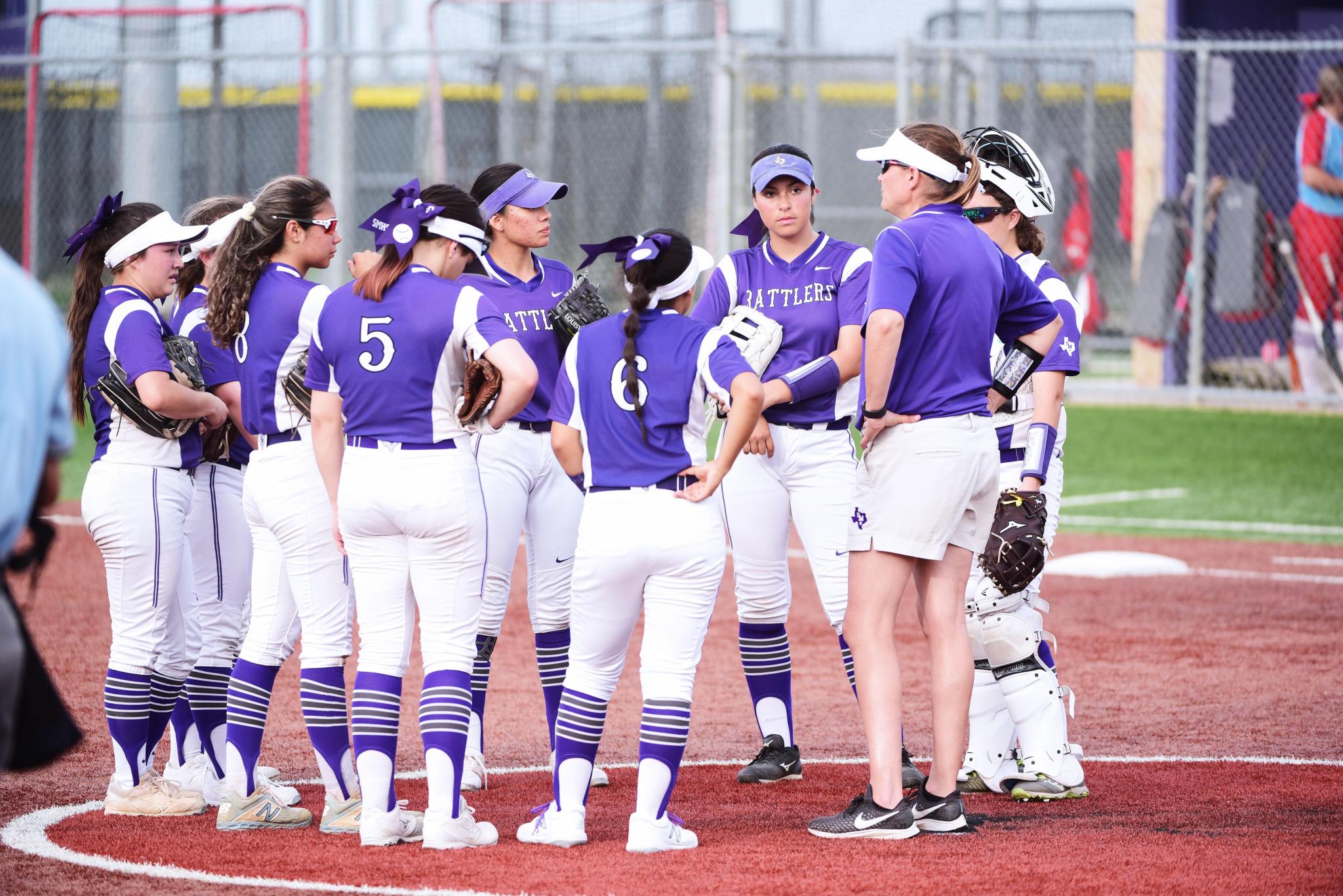 A lot of it stemmed from the head coach’s seniors — Criselda Facundo, Andrea and Heavenny Garcia, Courtney Matthews, Hannah McCutcheon and manager Lily Lucio all demonstrated an ability to juggle multiple interests like band, Future Farmers of America (FFA), Texas Association of Future Educators (TAFE) while still putting in hard work in the classroom and building a playoff contender on the softball field.

“It's just been a great group to coach,” Stoughton said. “It's very, very disappointing to be in this situation right now sitting here. Even as I went up to clean up the locker room (May 7) I was just thinking, ‘Wow, I can't believe that we lost an entire season.’”

The Lady Rattlers were 11-11 before the 2020 season was canceled due to the coronavirus pandemic, cutting all six of the seniors’ careers short.

“It's kind of heartbreaking in a way because I know, I think most of the other girls know it, too, we had a pretty stacked team this year,” said McCutcheon, who plans to major in horticulture science at Tarleton State. “It was pretty strong. So, it's just heartbreaking.”

“It's kind of sad to see all the memories come up from this time of year last year and we were playing, having fun,” said Criselda Facundo, who will join UTSA’s powerlifting team while studying kinesiology. “Everything's so different now.”

What hurt Stoughton the most was knowing how much the players’ skill was developing and now not being able to see them reach their full potential. Matthews, for instance, was having a breakout year. She’d worked her way up to the No. 5 spot in the batting order and became one of the most consistent hitters on the team.

“When she stepped up to the plate, I remember standing in the coach’s box thinking ‘Courtney's up, I'm relaxed. She's gonna hit the ball.’ And you don't get that feeling about every player. Sometimes someone steps in the box and you're like, ‘I want to say a little prayer right now,’” Stoughton said. “But with Courtney, I just felt like, you know, she's a smart hitter, she's aggressive and she was gonna make contact.”

Matthews, who will major in animal science at Texas A&M, had already sent a ball that hit the outfield fence this season. She wanted to swing for a few more.

The one thing the players have that they can hold onto from this year was the bond they share. Stoughton held weekly team-building meetings to help improve the players’ chemistry. It helped on the field and provided got the squad through hilarious misadventures off it.

San Marcos was scheduled to play in a tournament hosted in Bryan in February, but ended up moving around to other towns in the area due to the weather. After going 1-1 in Thursday’s games in Franklin, the Lady Rattlers decided to dye Andrea’s hair blue at the team’s hotel in Bryan.

“That didn't end well. The whole hotel room was blue and the whole shower was blue,” said Andrea, who will play softball at Odessa College while majoring in exercise sports. “Me and Maya Richards stayed up till like 3 in the morning scrubbing the bathroom tub.”

The next day, the team drove to Tomball for its next pair of games — 67 miles from Bryan. They earned wins over Cedar Creek and San Antonio Brandeis, taking a between-game trip to Walmart to pick up cleaning supplies. The game against Brandeis was delayed till 8:30 p.m., meaning the Lady Rattlers didn’t return to the hotel until 11:30 p.m. that evening.

San Marcos lost the final game of the tournament in Bryan — an 8 a.m. drubbing against San Antonio Southwest — 14-3.

“Probably, we could have played a little bit better,” Stoughton said before cracking up.

Stoughton is sad to see the seniors go. But she’s looking forward to what all of them will do next.

“I always looked forward to meeting new people and seeing the talent each one of them had,” said Lucio, who will pursue her associate’s degree at Austin Community College. “I was really looking forward to watching my girls play one last time for San Marcos. It might have ended soon but I enjoyed every second I got with them!”