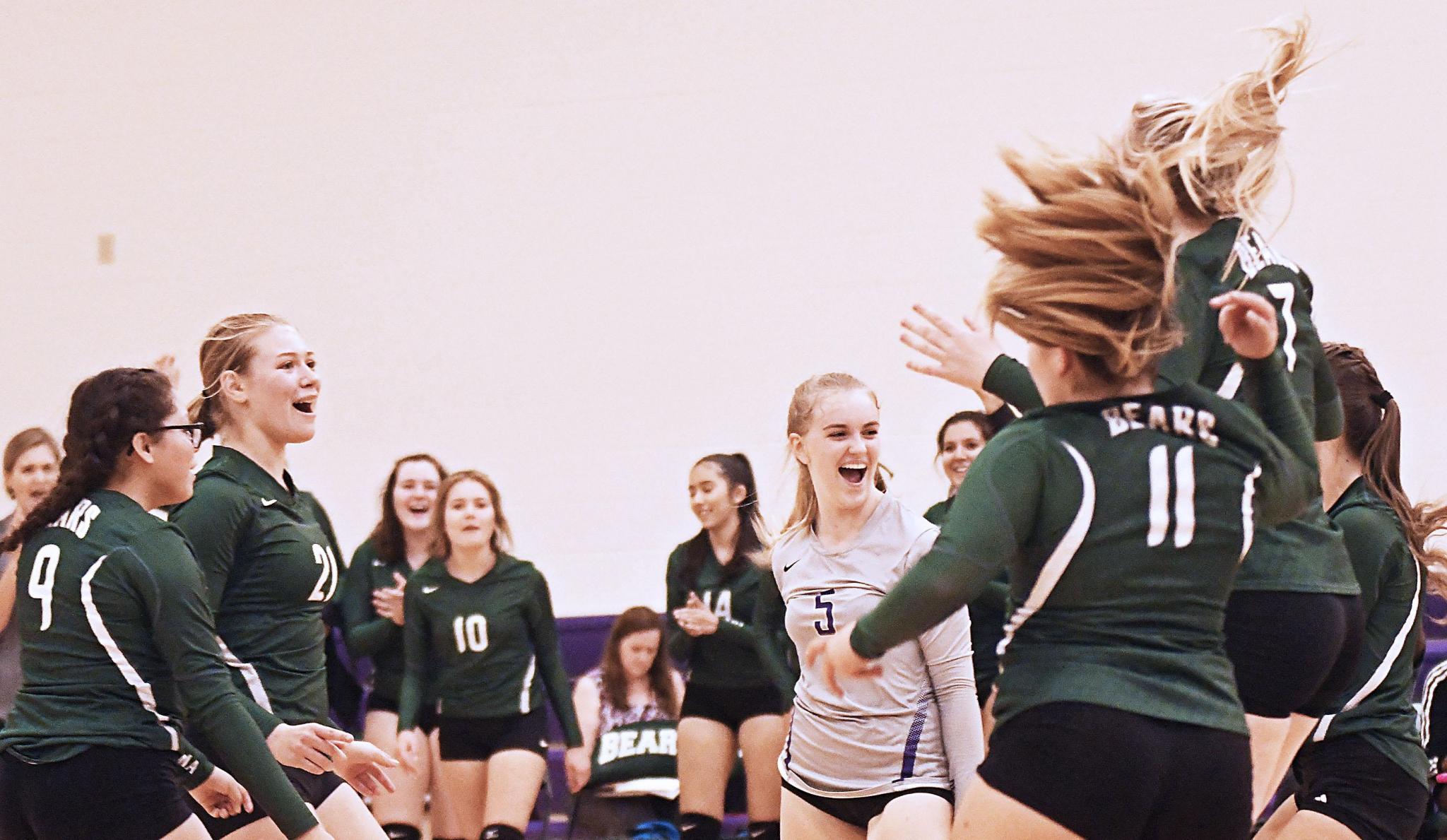 Serving was strong by both teams having seven, five and six points from the service line with both answering their own run, swinging the lead in each set.

On defense, both teams excelled keeping the ball in play for some great, long rallies. In game one, HCCS setter/outside hitter Abigail Willamson had the longest service run with seven points. In game three, SMA  freshman setter/outside hitter Payton Helbig closed out the set, 25-23, on a great down ball on a four-point run to go up 2-1. HCCS came back strong in the fourth set to win 25-16 and force a set five. The home crowd sparked the Lady Bears to a seven and a five-point run to take the match, 15-7.

It was a big win for the Lady Bears and SMA coach Hannah Flowers, an alumna of HCCS where she played volleyball during her high school years.

“Since I have been here for four years, (Tuesday) was the first time we have won a match against HCCS,” Flowers said. “I am happy for such a young team (five freshmen, two sophomores, one junior and two seniors).”