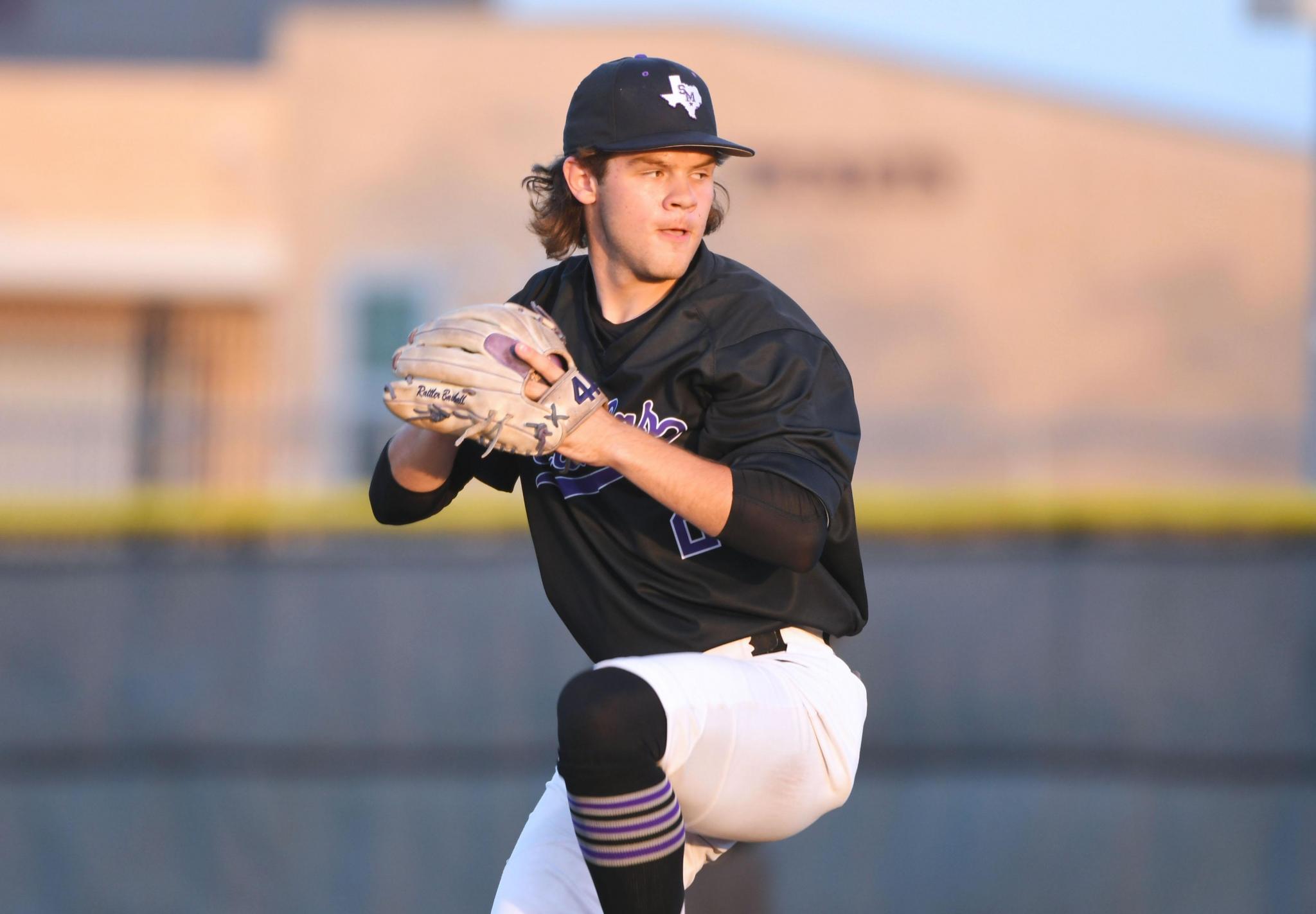 San Marcos cruised to a 13-0 run-rule win over Austin Akins on Friday.

A consistent offensive onslaught combined with a strong outing on the mound from sophomore right-handed pitcher Reagan Chomel propelled the Rattlers to their five-inning victory.

“(Friday’s performance was) big, man,” Webb said. “We’re playoff watching right now … I mean, we know who we’re going to play probably and it’s just trying to get them Ws when you can and we did what we needed to do tonight. We finally executed our ballgame and look what happened.”

San Marcos (16-13-1, 8-4 26-6A) received back-to-back singles from sophomore shortstop Kutter Gage Webb and junior outfielder Ryan Hix in the bottom of the first. Junior outfielder Major Pellien followed with a walk to load the bases. Senior third baseman Johnny Pardo put the Rattlers on the board with an RBI walk.

An RBI groundout from junior outfielder Gavin Gomez put the Rattlers up 2-0. With two runners on base, junior second baseman Dallas Calderon cleared the bases when he snuck a single through the infield. Kutter Gage Webb brought home San Marcos’ fifth run of the opening inning after the Rattlers reloaded the bases.

“(The first inning at the plate) was big,” Calderon said. “It started tempo for (Chomel) and for us.”

San Marcos plated another run in the second inning when a passed ball allowed Pellien to score.

Austin Akins (13-15, 1-10) recorded its first hit of the game in the third inning with a single by junior Cris Resendez. But San Marcos worked around the hit with a diving grab by Calderon and a double play to end the frame.

The runs continued to come in for the Rattlers when a two-run error on a tough infield ball hit by Hix put them up 8-0 in the third inning.

San Marcos’ offense exploded for another five runs in the fourth inning behind a sac-fly by sophomore Marco Duenez, an RBI hit-by-pitch by Hix and a three-run double from Pellien to put the Rattlers on top 13-0.

San Marcos put the game away in the fifth with a quick 1-2-3 inning to secure the run-rule victory.

Chomel put together a strong outing, throwing five innings of two-hit, scoreless baseball with two strikeouts recorded. He said he relied on his off-speed pitches during Friday’s game.

“This past week, I was working in the bullpen with (pitching coach Trey) Davis, throwing the off-speed hard and sharp, and that’s what got me through tonight because my fastball was flat,” Chomel said.

Friday’s performance on the mound was exactly what Bryan Webb wanted to see from Chomel.

“(Chomel) needed that,” Webb said. “He’s had a couple struggles after a great first of the season. He needed that and we needed to see that from him so when we get to the playoffs, we’ve got three arms we can throw and we’re good.”

“We’re not scared of Lake Travis,” Bryan Webb said. “We need a loss by Austin High and they’re winning right now, so they’re going to stay right in the mix at 6-6 (in the standings). We’re 8-4 now and we’ve got a two-game lead with two to go.”