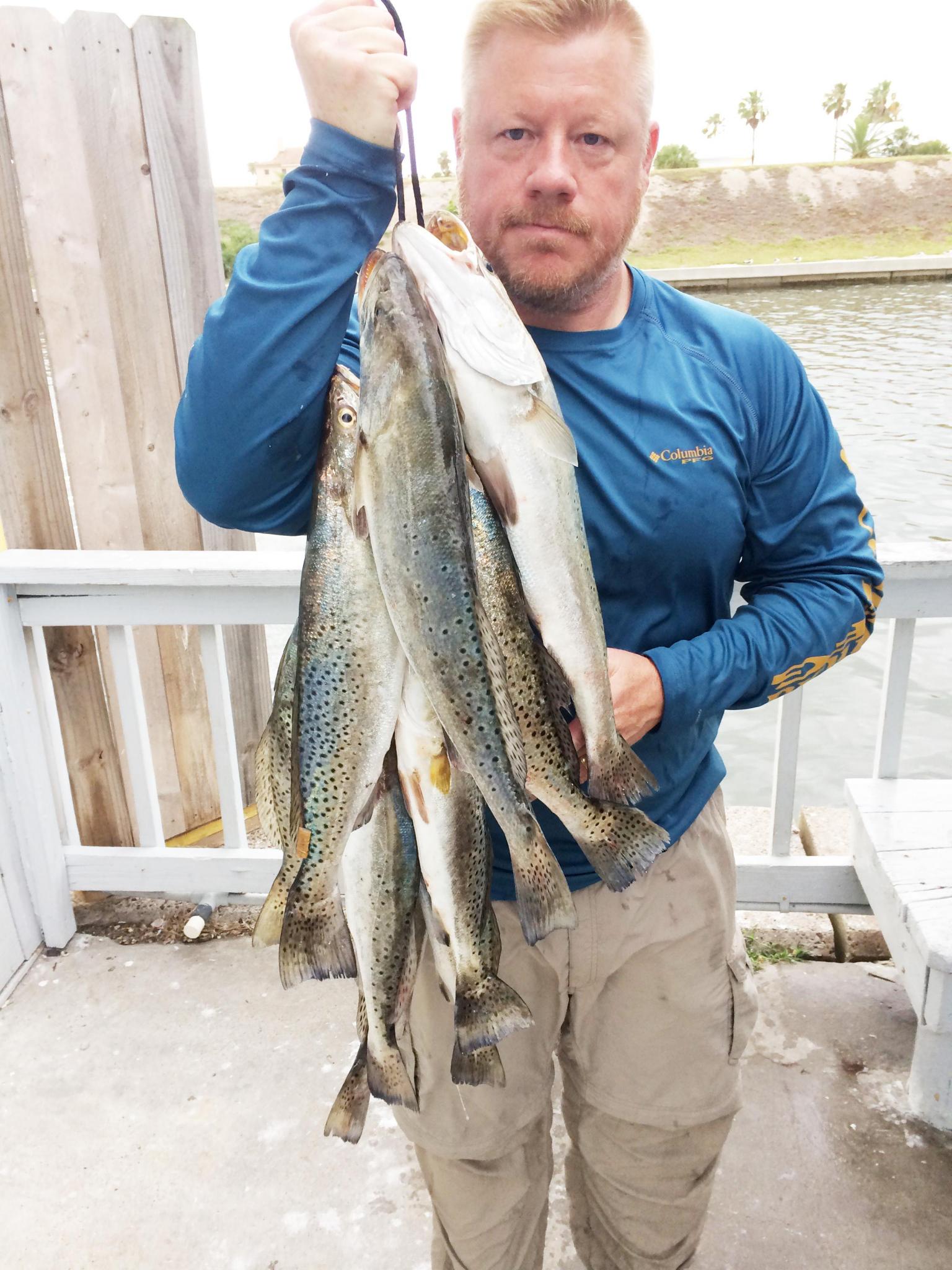 The most sought after fish in our coastal bays is the spotted seatrout, commonly known as speckled trout or just specs. There is tremendous fishing pressure in all our bays on speckled trout. But they continue to thrive and prosper. Of course, the reduction of bag limits from 10 to 5 several years ago has helped the population of speckled trout to remain strong.

Ten fish was just too many.  I watched guides come to the cleaning table day after day with 40 fish limits for their four clients. No resource can stand that kind of pressure.  Trout are real suckers for live croakers. Most guides use croakers. Artificial lures make fishing for trout more difficult, but I think much more fun. Recently, my son Terry and I caught 10 big trout on soft plastic baits. When we came to the cleaning table several guides were shocked that we had caught the fish on lures.

But how did speckled trout fare in powerful Hurricane Harvey last August? Speckled trout spawn primarily mid-April through mid-September. So did the hurricane mess up some of the spawn? The answer seems to be no. Their extraordinary productivity was hardly phased when the category 4 storm made landfall near Port Aransas, sweeping across Aransas Bay toward Rockport.

The University of Texas Marine Science Institute (UTMSI) in Port Aransas has been studying the spawning patterns of seatrout for decades. As part of the “drum” family of fishes, the male seatrout make noise during the spawning process and scientists can listen for these sounds to identify where and when seatrout reproduce. Using underwater microphones and recorders, called hydro-phones, scientists at the Coastal Fisheries Research Program at UTMSI have been monitoring the spawning activities of seatrout at 16 spawning sites throughout Aransas and Redfish bays in South Texas.

With wind speeds of 130 mph and gusting to 165 mph you would expect marine research to show massive upheaval in the trout spawning. Not so.

“Although there was massive destruction on land, including 6.7 feet of storm surge, underwater, seatrout behavior indicated that they were barely disturbed,” said UTMSI biologist, Chris Biggs.

Monitors showed that speckled trout spawned every evening in July and August leading up to the hurricane and were only interrupted when the intensity of the storm was at its peak and directly overhead. The very next evening, it was back to business as usual, with spawning taking place at each of the sites. Spawning continued its normal, nightly patterns until mid-September which is the normal end of the spawning season.

It is widely believed that trout spawn during the long spring-summer season primarily in association with the full moon.  But UTMSI research data revealed that the fish are spawning on every day of the spawning season, from mid-April to mid-September, and that the spawning sites are spread throughout the entire bay in all kinds of habitats including areas next to sea grass, shipping channels, oyster reefs, gas platforms and over muddy bottoms.

With that kind of diversity and resilience speckled trout populations should remain strong in our bays for years to come.