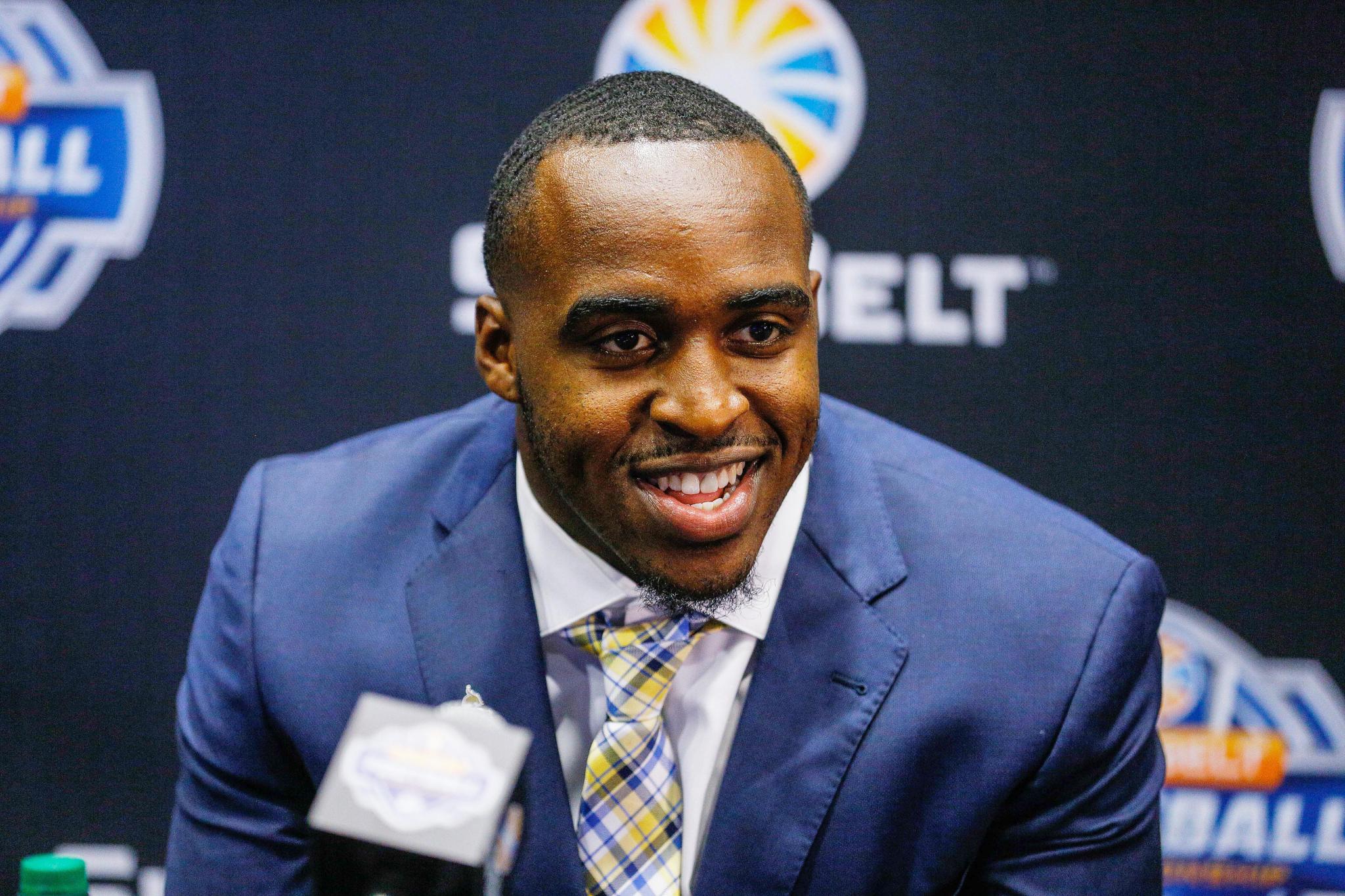 A Steady Force: London remains a reliable leader for Bobcats

NEW ORLEANS — Sitting at a table inside the Bienville Lounge at the Mercedes-Benz Superdome, Bryan London II paused and cracked a smile.

Donning a blue suit jacket, white shirt and a tie striped in yellow, blue and white, the redshirt junior Texas State linebacker answered questions at the annual Sun Belt Media Day on Monday. But this question made him think. He was unaware of the praise head coach Everett Withers gave him.

“(London) kind of epitomizes our program,” Withers said. “You take a guy that was struggling academically, not playing football wise, and now he’s got a degree, and he’s a preseason Sun Belt guy. A guy that’s done a great job as far as being a leader on our football team.”

“Dang, I didn’t know he said that,” said London, who graduated in May with a bachelor’s degree in business management. “It means a lot to me. Someone sees you working hard and trying to, I’m not perfect, but I’m just trying to be good. Trying to get better everyday.”

London has been a consistent force for the Bobcats over the past two season. The Converse native has started 24 straight games. In 2017, London tallied a team-high 91 total tackles, and added three tackles for loss, five pass breakups and two forced fumbles.

While London has been successful on the field, Withers said London’s biggest area of growth has come off field.

“Bryan has matured since year one when we got here till now,” Withers said. “I think Bryan understands that it’s not all about football too. Bryan is a very good football player. Bryan has grown in so many ways as far as off the field understanding the importance in having a degree and life after football and giving back to the community, being a leader on our team. He’s grown in so many ways that, again, he kind of epitomizes what we’re looking for. You talk about student-athletes, Bryan is that guy.”

London welcomes the opportunity to be a leader for the Bobcats. He says he’s gotten the hang of leading the younger players on the team. He wants to guide Texas State to a better record in 2018 after two straight 2-10 seasons.

“I want to see improvements in the win column,” London said. “I feel like that’s a big part of leadership like just being able to get us, we had so many close games, that’s what I want to be able to come in and help us get through some of those games.”

Junior lineman Aaron Brewer, who also represented Texas State at the Sun Belt Media Day, said he recognizes that London is a reliable leader for the Bobcats.

“He’s older than me, so (I) just look up to him,” Brewer said. “Just take notes from what he does. Just to try to get him to answer them and grow.”

Heading into the 2018 season, London was named to the preseason All-Sun Belt second team. He sees it as a small slight, but he’s okay with it. He’ll take the added motivation. London just wants to go out and play.

“I love playing football and football has afforded me so many things in life that I probably wouldn’t have,” London said. “My parents would’ve made me go to college, but it wouldn’t have been as enjoyable as it’s been with football in my life. Just being grateful to the game and everything it’s done for me. I feel like the least I could do is go hard.”