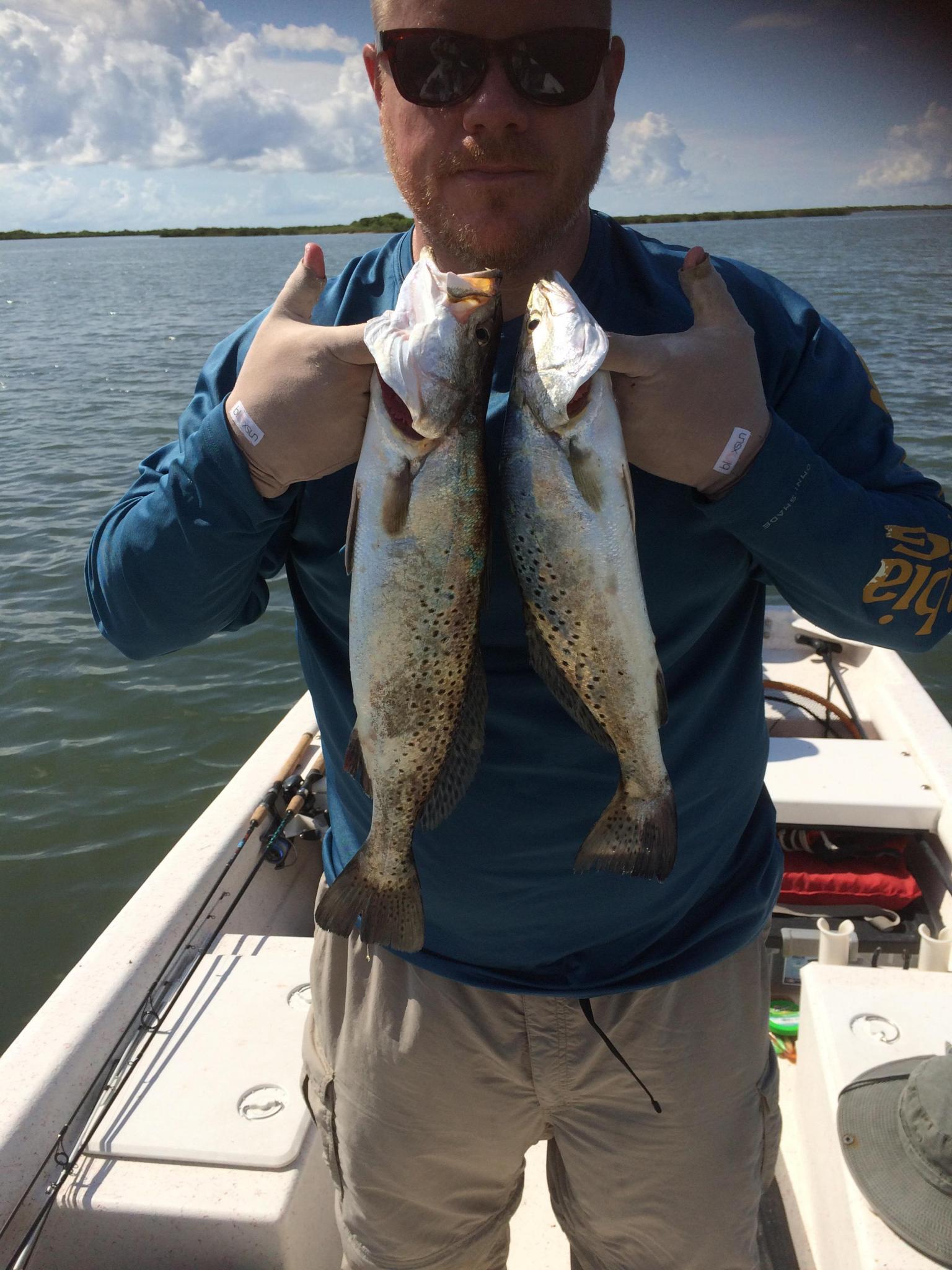 Stories on competitive fishing with friends

A little competition on a fishing trip adds to the fun. All my fishing partners are different. Some are very competitive. Others are more laid back.

My buddy, Mike Mosel, just enjoys being on the water. If he catches a bass, so much the better. If not, it was still a good day.

My next door neighbor, Tom Ray, is a very intense fisherman. He does not seem to be very competitive but he actually is. He doesn’t talk much, so it’s difficult to know what he is thinking.  He wants to do well but he also wants me to catch plenty also.

My coastal fishing friend from Rockport, Michael Smith, is one of my fishing disciples. I have taught him most of what he knows. He fishes out of a Hobie kayak when I am not at the coast. But one call to his house and he’s always ready to go with me. He’s a very gracious person and not extremely competitive. But he doesn’t like getting skunked. I always give him all the fish to take home.

Bass fishing guru, Bobby Whiteside, says he is not really competitive any more.  I don’t believe it. Bobby is a great bass fisherman and has won more awards in the Canyon Bass Club than any other member. He probably has more total wins over 50 years than all other members combined.

For several years he and whoever is fishing with him in his boat keep a running annual total of bass caught.  For several years over 3000 bass per year are landed in his boat. A high percentage of that 3000 were caught by Whiteside. How does he keep up with those big numbers? He uses a little counter. When he’s catching bass you can hear that little counter clicking. This year he is on pace to really exceed the 3000 mark. But he’s not competitive. Ha! Ha!

In recent months my son, Terry, who lives in Sugarland, moved his bay boat from Matagorda Harbor to Aransas Pass. My wife, Beth, and I were elated. That means we get to see him at least once a month when he comes down to Aransas to stay and fish with us. He usually comes on Sunday night and fishes Monday and Tuesday morning. We go eat lunch on Tuesday and he then travels back to Sugarland.

I have been teaching him about fishing the Aransas area. Terry is a very good fisherman when you put him in fish. He has a very good touch and reflexes. But he doesn’t know how to find fish. So I’m trying to teach him about shell reefs, grass lines, gas wells, deeper channels, etc. He’s learning.

Terry is extremely competitive. Back in May we caught our limit of 10 nice speckled trout (5 each). Terry caught seven and I got only three.  He gave me a hard time.

“Looks like Dad’s losing his touch,” he bragged to his mother.

He seems to forget that I’m the one who located those trout in the Corpus Christi Ship Channel.

I always tell him when he beats me that”every dog has his day.”

Recently, we had a slower day. I caught three trout, two black drum and one redfish.  Terry had one black drum.

“Every dog has his day,” I replied.

We fished Monday.  The weather was great – low winds with some overcast.  We got on one gas well in Corpus Bay and it was loaded with big trout. Terry was using two rods, both rigged with Bass Assassins. One was in the red shad color and the other was white with a green tail.

He quickly caught six good trout and all I could catch were undersize fish. I finally landed number seven and eight. He finished out our 10 limit. As usual, he gave me a hard time. He loves to beat me.

We were eager to fish Tuesday morning. With all these trout located on one gas well it was like we were holding four aces.

But fishing is so often different the next day.  We always say, “Everyday is a new day.”

The wind began to howl during the night.  It was blowing 15 to 18 MPH as we entered Corpus Bay. The waves were big but the water was still green. It had not muddied up yet.

Terry quickly hooked and lost a good trout. Then I caught a big trout. But the waves were getting higher by the minute. We took several over the deck of Terry’s 19 foot Maco bay boat.

“This is getting a bit dangerous,” I said.  So we got out of the big bay and didn’t catch another keeper fish.  Only small ones.  I didn’t say anything to Terry about catching the only keeper.