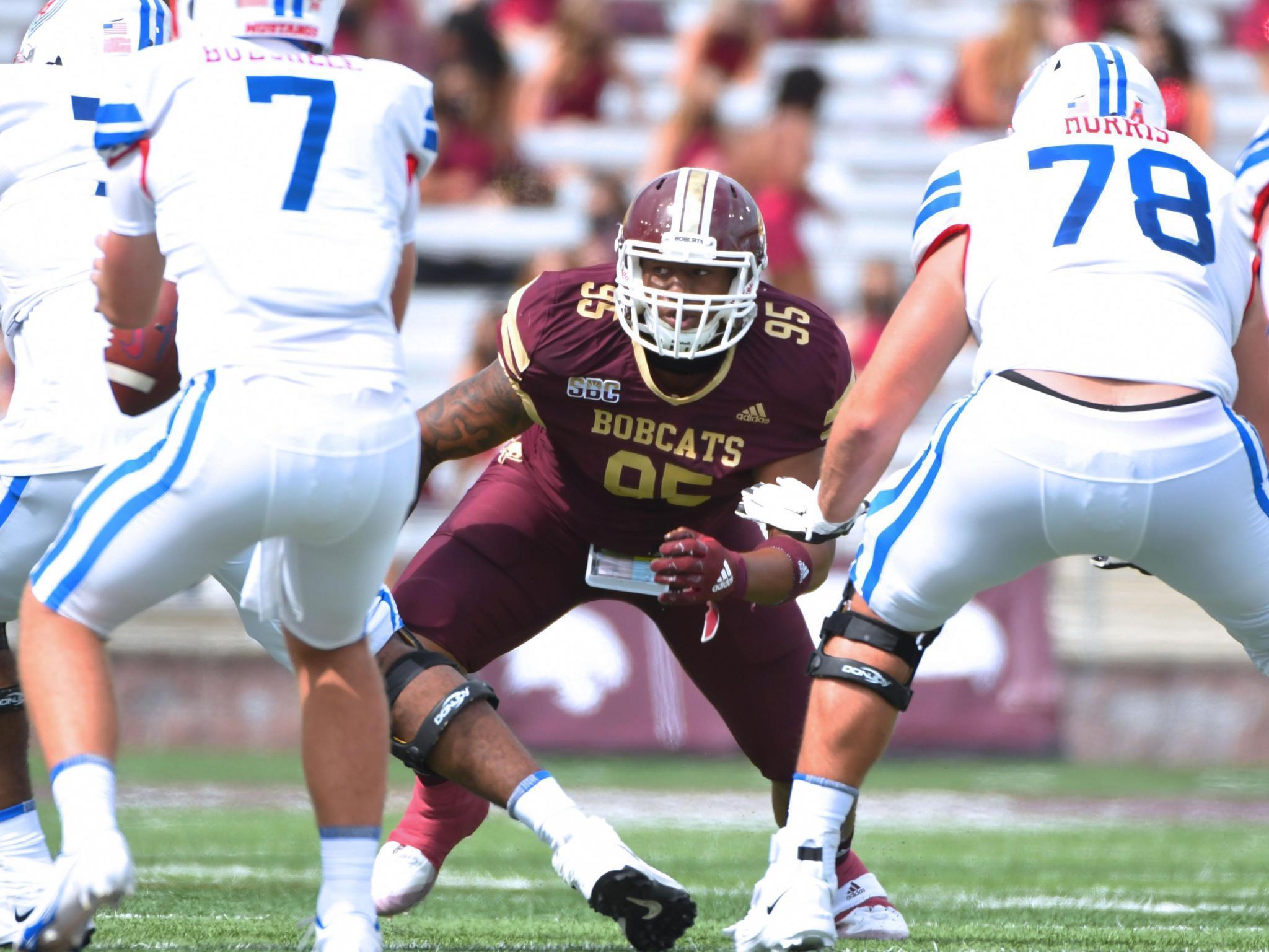 The Sun Belt released its 2021 preseason all-conference football teams on Tuesday, featuring a pair of Bobcats.

Texas State junior wide receiver Marcell Barbee and defensive lineman Nico Ezidore were each selected to the All-Sun Belt Second Team. Barbee caught 40 passes last season for 584 yards and 10 touchdowns — a mark that ranked seventh in the FBS. Ezidore collected 66 tackles in 2020, including 13.0 for a loss, along with 3.5 sacks and one forced fumble. Both players were named to the all-conference Third Team at the end of last year.

The Bobcats were selected to finish fourth in the West Division and sixth overall in the Sun Belt Coaches Poll with 25 points. Louisiana was picked as the favorite to win the conference title with 49 points, followed by the Chanticleers and Appalachian State, who tied for first in the East Division with 44 points each.

The Sun Belt Football Media Day is set to take place in New Orleans on Thursday. Ezidore, Bobcats head coach Jake Spavital and sophomore running back Brock Sturges will represent Texas State at the event. The team will kick off the 2021 season on Sept. 4 at 6 p.m., taking on Baylor inside Bobcat Stadium.