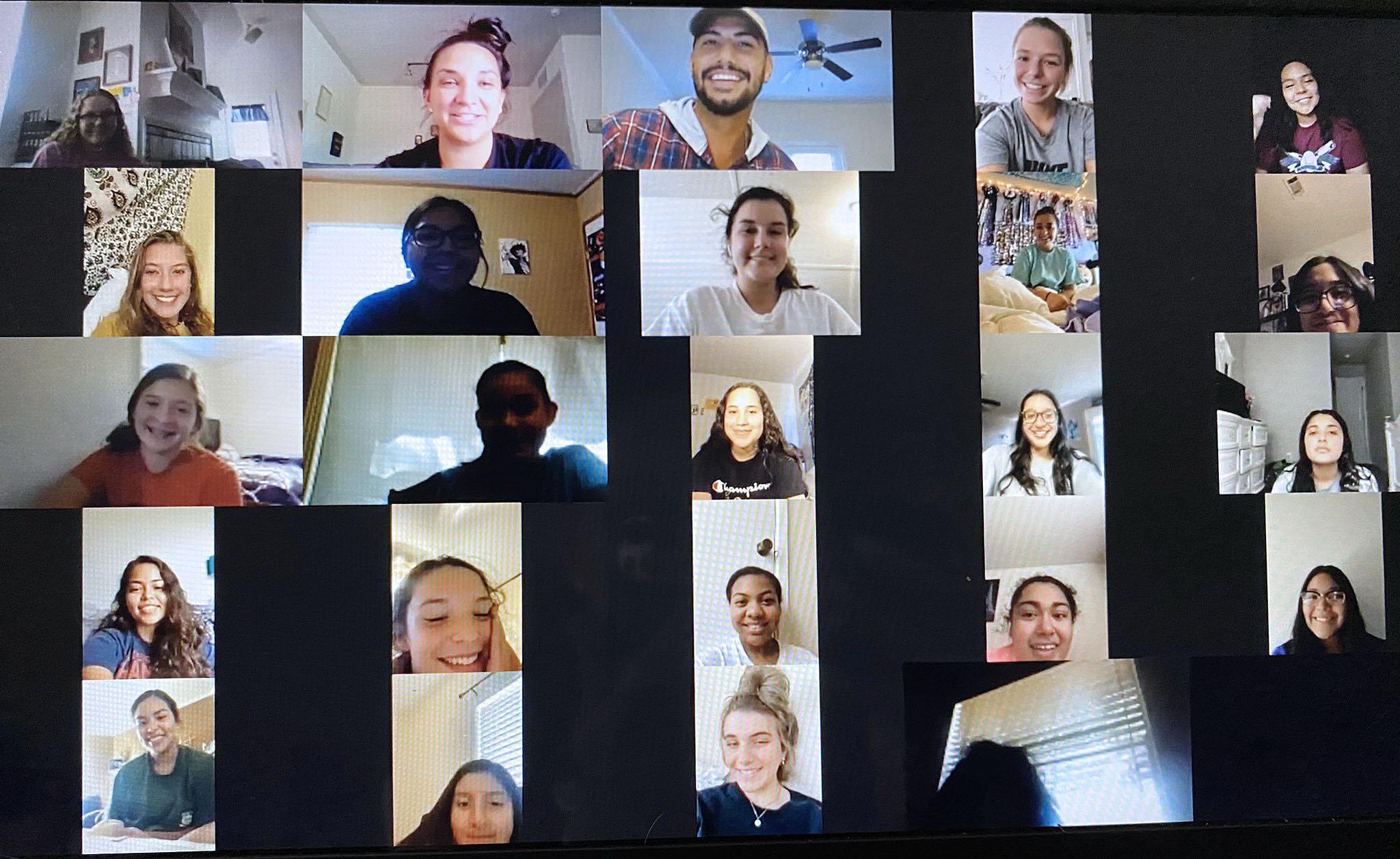 Jared Te’o had to get creative to start installing his program culture in his first few weeks as new San Marcos head volleyball coach.

Under the current University Interscholastic League (UIL) rules, Te’o can’t meet with his players in person very often. And now, with a delayed start to the 2020 season, he can’t start his first training camp until Sept. 7.

To make sure his team is still getting a well-rounded experience, Te’o started a guest speaker series through Zoom to coach his athletes on topics outside of volleyball.

“I think the biggest thing is, I want them to know that volleyball's not everything. I want to win just as much as anyone, but if they put too much focus on just being a good volleyball player, they're not really gonna reach the peak of where they can be,” Te’o said. “I think there's so many other things that go into being a great athlete and being a good teammate and being successful. So hearing it from players who, you would think, their whole life was volleyball, but hearing them say, 'Oh, there's so many more important things to focus on besides just volleyball,' I think that's really gonna resonate with the team.”

The Lady Rattlers have spoken with three guest speakers so far. The first was Ebony Nwanebu on July 2, a former Texas Longhorn and professional volleyball player, who spoke to the team about mental health, how to be a top athlete and keeping things in perspective. Te’o brought in Cat McCoy the next week, UT-Austin’s all-time digs leader, to discuss staying competitive with opponents as well as teammates and one’s self. After a one-week break, the series returned on Thursday with a visit from current TCU middle blocker Katie Clark, who talked to the players about nutrition and taking care of the body while being an athlete.

Te’o lets his team ask questions during the discussions. In Thursday’s meeting, they asked Clark about her eating habits — whether it was better to consume three full meals or just snack throughout the day and what some of the best things to eat are when getting ready for a match.

“I will say they get a little nervous on the calls,” Te’o said. “And some of them know who the players are, so I think it kind of overwhelms them because — you know, some of them have no idea and they don't care who the girls are, they just want to kind of know life advice. And some of them are fangirls of these players, so sometimes you have to push the conversation forward.”

The head coach has a few more speakers scheduled for the series and might bring in even more now that the offseason has been extended. Yale middle blocker Samantha Bray and Stanford middle blocker Holly Campbell will talk to the team about balancing academics with athletics. Minnesota outside hitter and former Texas Gatorade Volleyball Player of the Year Adanna Rollins will discuss leadership and how to be a good team captain. Kansas Jayhawks all-time assists leader Ainise Haivili will talk about how to steer a program in the right direction. And former Longhorn and current Team USA middle blocker Chiaka Ogbogu will dive into her experiences with the Olympic team as well as overcoming obstacles on or off the court.

Te’o’s coached nearly all of the speakers at the club level, Nwanebu and Ogbogu being the exceptions. But they’ve all known the San Marcos head coach for a long time and have a good idea of what it’s like to play for him.

“It's kind of like, I could tell (the players) or I could have someone who's closer to their age and who plays their sport tell them about certain topics,” Te’o said. “So each week we have a different topic and I think they receive it better from these ex-players that I used to coach as opposed to me telling them.

“I also like to bring in, you know, a diverse group of girls, too. So it's different ages, different skill levels, different ethnicities, so that they can kind of get a perspective of a lot of different people. Because San Marcos is a very diverse campus and I want them to get feedback from a diverse set of speakers as well.”

Te’o announced via Twitter on Thursday the team will hold open tryouts on Sept. 7. Until then, he’ll keep laying the groundwork to roster a group of mentally and physically strong student-athletes.

“In the gym, they've all been very receptive,” Te’o said. “They get excited to know who the guest speaker is the next week and I think there's a lot for them to learn.”