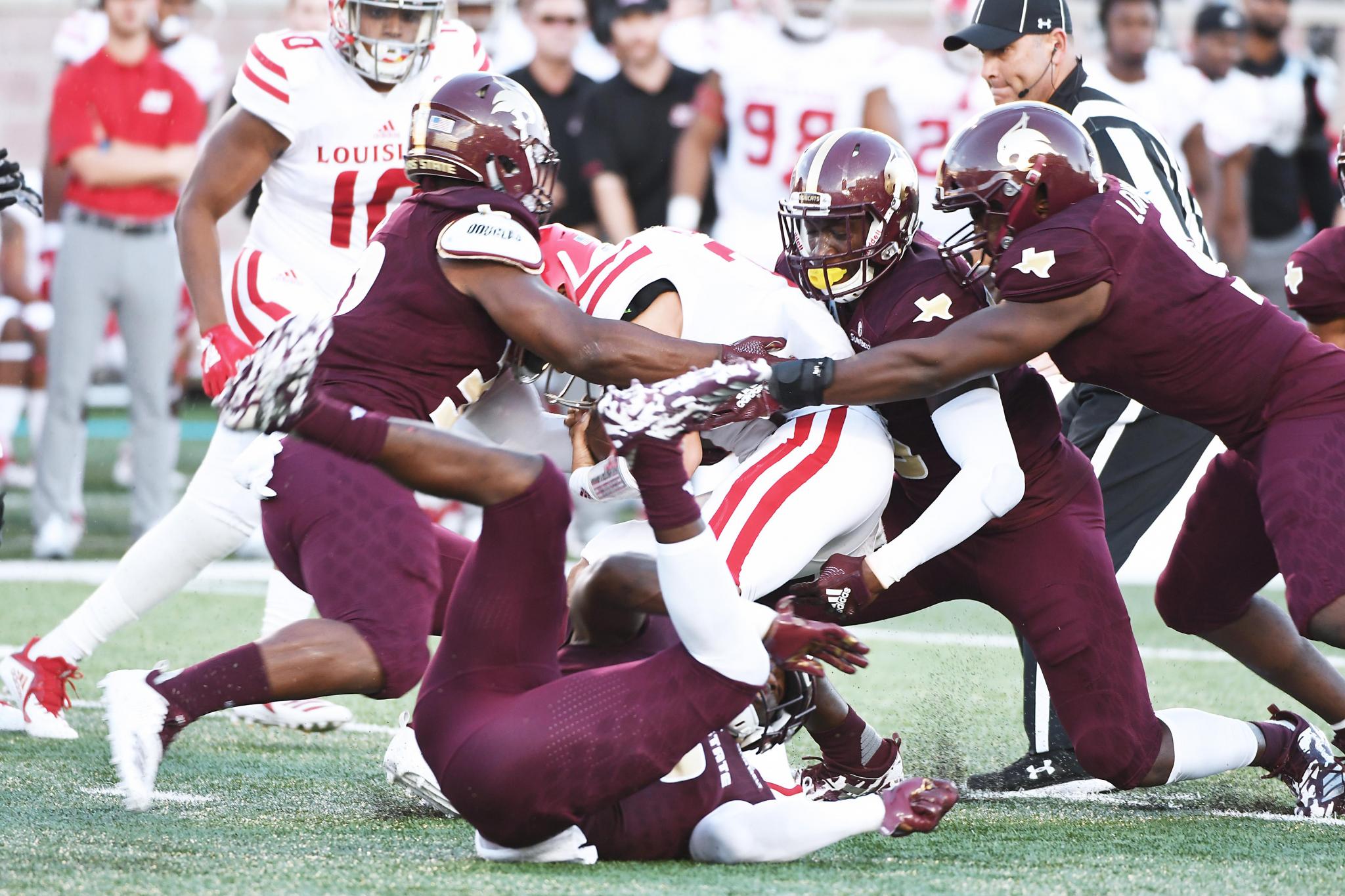 Bobcat junior safety JaShon Waddy said Saturday’s game will be a good tell of where Texas State’s defense is at this year.

“I feel like (ULM has) a pretty balanced offense,” Waddy said. “So, we’ve got to build on what we’ve been doing and just I think keep the same focus and mindset that we had coming from last week and just try to build on that, enhance it and make it better.”

The Bobcats will need to get production from their offense this week. Texas State has struggled all season to put together four quarters on the offensive side of the ball. The Bobcats have the second-worst scoring offense, rushing offense and total offense in the Sun Belt by only scoring 22.5 points per game, rushing for 131.7 yards per game and gaining a total of 333.8 yards per game.

But Texas State will have a chance to exploit a ULM defense, which ranks dead last in total defense and pass defense, and is No. 5 in rushing defense.

“They’re an aggressive defense,” Withers said. “You know, like any other thing, you’re playing some talented offenses in this league. They’ve had maybe some problems in the pass game. But they’re an aggressive team and I think they play to their style of defense. I think that’s what they are. That’s what they’re going to do, and we’ve got to find a way to exploit some of those mishaps that they have in their secondary and the run fits.”

Despite the Bobcats struggles this season, Warhawk head coach Matt Viator sees a team that’s growing even if their record doesn’t show it.

“It’s really good to be home but we’re playing against a team, I think is very much improved,” Viator said on the weekly Sun Belt teleconference. “You know, when you look at their record, it doesn’t look like that, but I think they’re playing a lot better. Certainly, three of the games come to mind — the two-point loss to Georgia Southern, very close loss to (UTSA) and another very close loss to South Alabama — games that could have gone either way.

“So, I mean, their season could be opposite of where it is right now. Defensively, I’m really impressed. No. 3 overall in the league. Really good against the run. Very solid up front. And then, offensively, they played the two quarterbacks but they’re very, very explosive in what they do. I’ve really been impressed with No. 6 (Keenen Brown) their tight end that’s really done some great things this year. So, it’ll be another tough game for us.”

The Bobcats and Warhawks meet at 6 p.m. inside Malone Stadium in Monroe, La.