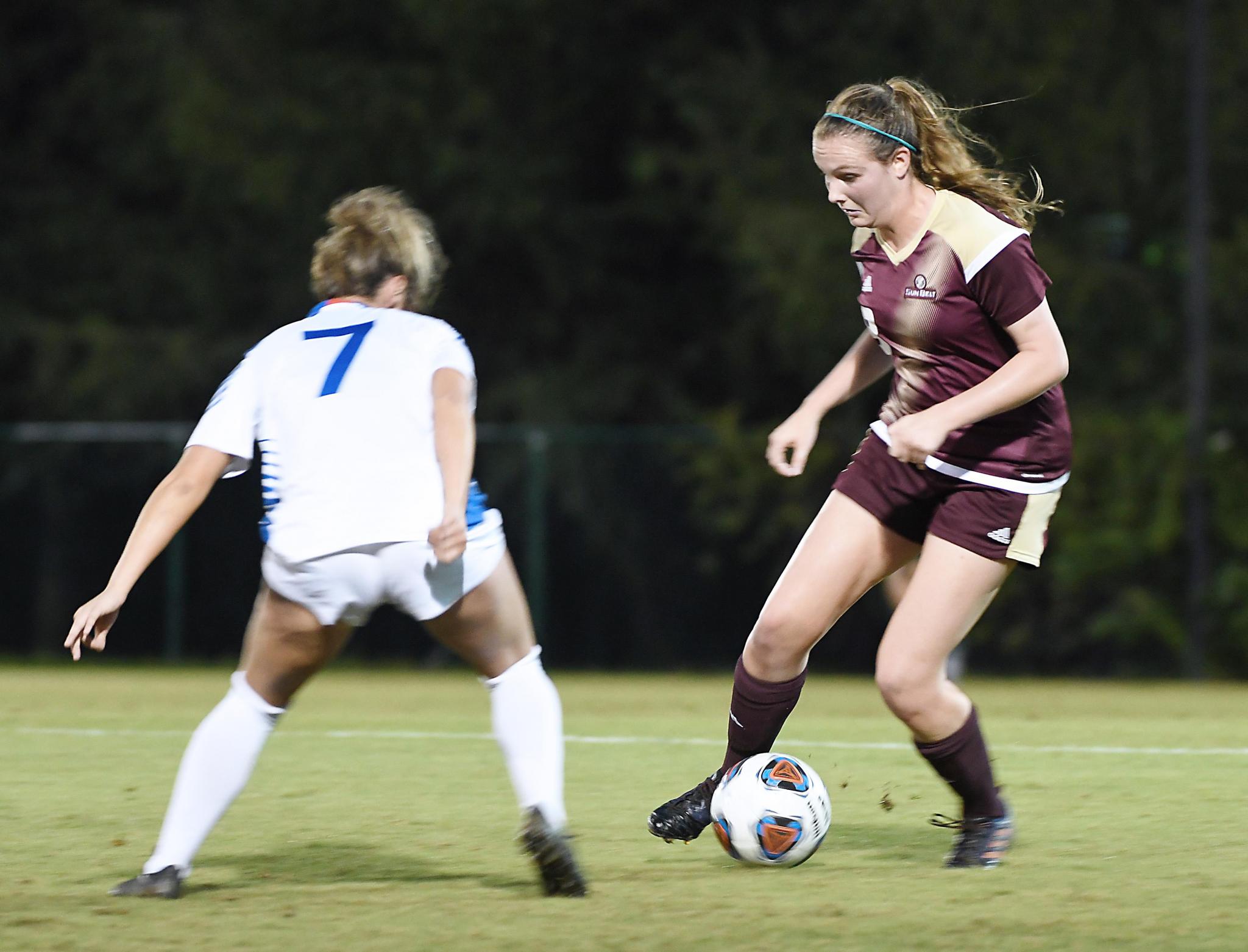 Texas State avoided a scare Friday night when junior forward Kaylee Davis scored on a penalty kick to even the match late in regulation against Georgia State.

The Bobcats (9-5-2, 7-0-2 Sun Belt) and Panthers (6-9-2, 4-4-1) finished the contest in a 1-1 overtime tie inside Bobcat Soccer Complex, which kept Texas State from clinching at least a share of the Sun Belt regular-season championship.

The Bobcats now must win Sunday’s match against Coastal Carolina to claim the outright title. A loss or tie against the Chanticleers would force Texas State to wait for Little Rock and Coastal Carolina’s matches next week to determine the conference champion and seeding for the Sun Belt tournament.

Georgia State got on the board first when freshman forward/midfielder Brisa Zavala sent a ball to redshirt sophomore forward/midfielder Lily Barron, whose shot got by Texas State junior goalkeeper Heather Martin. The Bobcats got to the ball but the clear attempt was sent into the net for an own goal.

Texas State had an opportunity to equalize a minute after the own goal when a shot by sophomore midfielder Mackenzie Smith went out for a corner kick. Sophomore midfielder Renny Moore’s corner was kicked out of the box but junior midfielder Jordan Kondikoff found the ball and put up a shot that was mishandled and went into the goal. But an offside call negated the equalizer.

The Bobcats best chance after that came in the 26th minute when junior forward Kaylee Davis sent a shot that hit the crossbar and went out of goal. Smith was there for the rebound but her shot was tipped out.

Texas State’s first chance at tying the score in the second half came in the 49th minute off a corner kick. Moore sent a good ball in but the Bobcats couldn’t capitalize.

Texas State caught a break late in second half after it couldn’t convert on a free kick. A Panther defender tried to play the ball but it hit her hand and the Bobcats were awarded a penalty kick.

Davis converted the opportunity to equalize the score at 1-1, which sent the match into overtime.

Both teams had chances to end the match in overtime, but the game ended in a tie.

Davis, Kondikoff and Smith led the Bobcats with three shots. Martin tallied six saves against Georgia State to bring her season total to 70, which is now eighth most by a Texas State keeper in a season.

The Bobcats play their regular-season finale against Coastal Carolina inside Bobcat Soccer Complex on Sunday at 1 p.m.