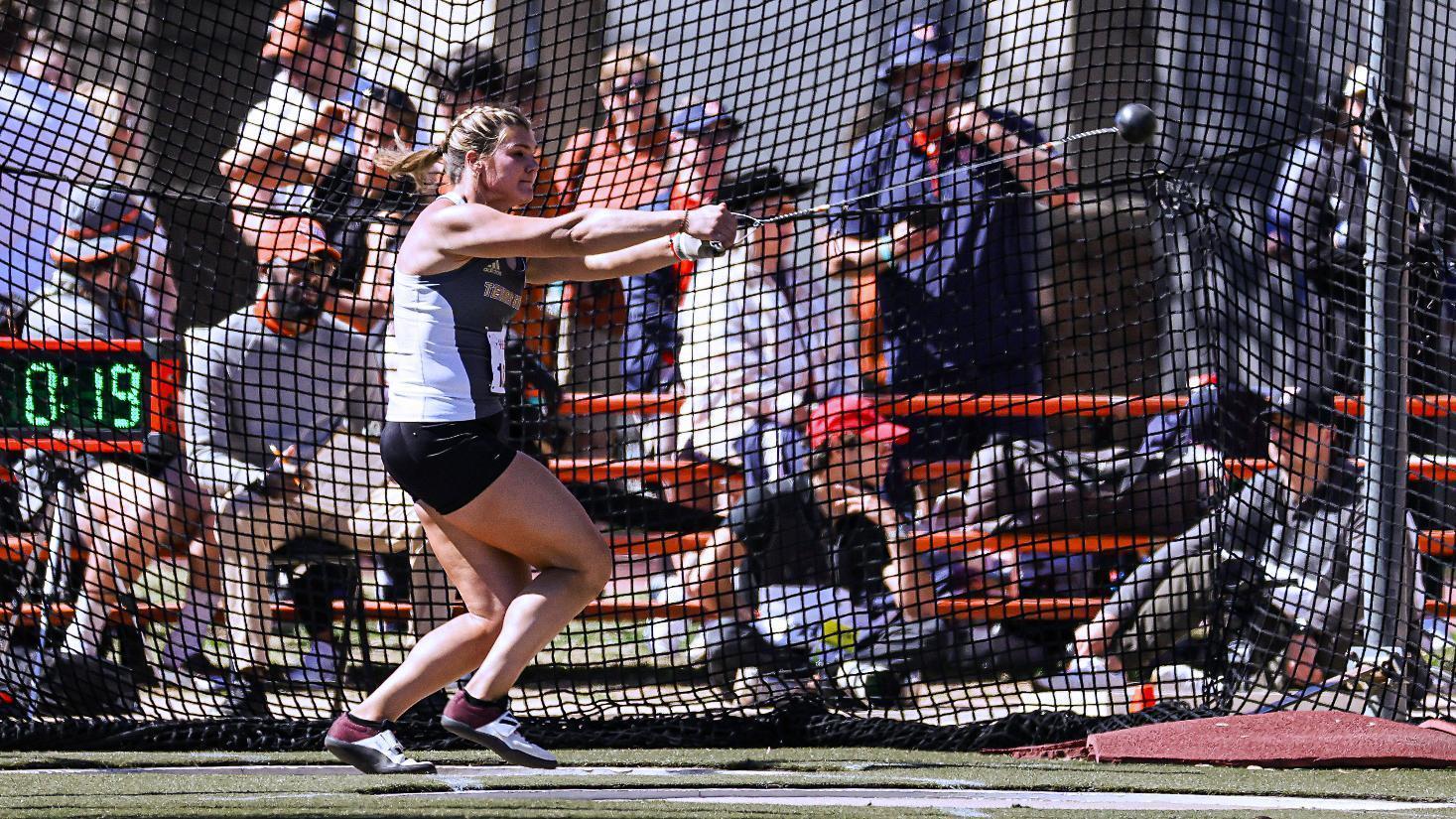 Texas State had a busy weekend of track and field meets, competing at both the Texas Relays in Austin and the Bobcats Invitational in San Marcos.

The maroon and gold sent a contingent of athletes up north to perform in Austin on Thursday. Senior thrower Alyssa Wilson dominated in the women’s hammer throw, posting a Texas State record throw of 69.68 meters (228-7), which also counted for the best mark in the NCAA this season.

Sophomore Lee-Anne Blake and senior Kwanele Mthembu both won races in their respective distance races at the meet. Blake clocked in at 4:26.77 in the women’s 1,500 meters, setting a new personal record for herself and the No. 2 mark in Texas State program history. Mthembu took first place in the men’s 10K, finishing as the only runner in the event with a sub-30-minute time at 29:49.18.

The team took home eight first-place finishes across three days at the Bobcat Invitational at the Texas State Track and Field Complex. Later in the afternoon on Thursday, Wilson returned to San Marcos and took first place in the women’s discus throw at 56.50 meters (185-4). On Friday, Wilson broke the school record in the hammer throw for the second day in a row, tossing for 71.36 meters (234-1) — a mark that ranks ninth in NCAA history. Senior Dominick Yancy ran for a personal-best time of 21.01 seconds, dusting the competition in the men’s 200 meters.

Saturday saw the Bobcats rake in more gold medals. Wilson completed a sweep of the throwing events with a 16.17-meter shot put (53-1). Senior Will Blaser also won the men’s shot put with a distance of 17.49 meters (57-5). Senior Ronnie Briscoe.  Yancy took the men’s 100-meter dash at 10.34 seconds with wind and senior Ronnie Briscoe Jr. won the men’s triple jump with a personal-record 15.02 meters (49-3). The men’s 4x400-meter relay team, made up of Yancy and sophomores Avery Veiseh, Dre’Quan Crawford and Brian West, closed out the event with a first-place time of 3:13.56.

Texas State will head to Baton Rouge, La., this weekend to compete at LSU’s meet, the Battle on the Bayou.