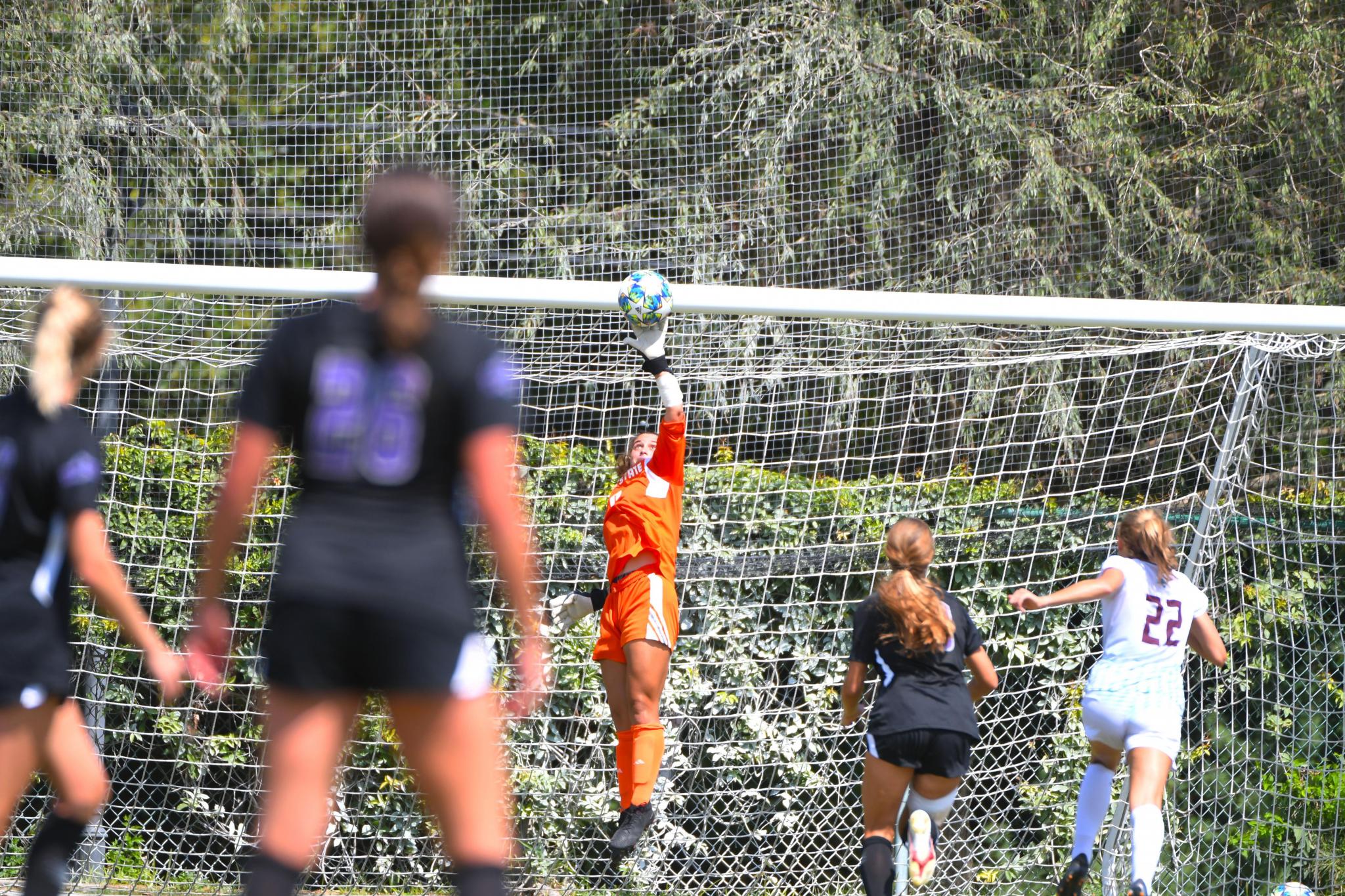 Texas State’s match went into overtime for the third time this season on Sunday.

The Bobcats’ fell 2-1 to Stephen F. Austin  in double overtime in the 2020 season opener on Sept. 4, then took 1-1 draw after double overtime at Houston Baptist two days later.

After a tight 1-0 home loss to Lamar in regulation on Friday, Texas State (0-3-1) found itself in another close match against Abilene Christian on Sunday. The Bobcats were unable to clear a corner kick by the Wildcats and the visitors crossed the ball in to junior defender Ellen Joss, who headed it into the goal with 25 seconds left in the first overtime period to hand the hosts a 3-2 loss.

“I think anytime you can get extra reps, there’s no doubt about it, that helps you … Not to mention, (overtime) gets us extra players into the game. So yeah, I think anytime we can get more reps right now, before conference, I’m all for it,” head coach Kat Conner said. “Again, we let a scramble, loose ball away and again, they just beat us to a ball. And it can’t happen, we’ve been talking about it as a team and we’ve got to make sure we get tougher on it.”

Texas State (0-3-1) took an early lead over ACU (1-1-1, 0-0-1 Southland Conference) about midway through the first half. Senior midfielder Renny Moore sent a corner kick into the visitors’ box and found the head of sophomore forward Kiara Gonzales, who knocked it in for the first score of her career.

“When I came in, we were just coming off a water break. So I just felt like I was coming in, I need to bring the energy and just anything to get us into the game,” Gonzales said. “And I just saw the perfect opportunity to come in and I timed the run and I just put the header in.”

But the Wildcats struck back hard, netting two goals in the final 20 minutes of the half. The Texas State led ACU in shots on goal by halftime, 7-4, but didn’t take advantage of its scoring opportunities.

The Bobcat defense stepped up in the second half, shutting the Wildcats out. Freshman goalkeeper Beth Agee secured five saves during the period.

With just over 15 minutes left in the match, freshman forward Olivia Wright wrestled the ball away from an ACU defender near midfield and slid a through ball up the pitch to Sydney Kammer. The redshirt senior forward split a double team to reach the pass and took a shot inside the box just as the Wildcats’ goalkeeper approached. The ball reached the bottom right corner of the net for the equalizing score.

Kammer, who was sidelined all of last season with an injury, said she was happy to be able to help her team.

“It’s been amazing (to be back). I love every minute of it,” Kammer said. “Every minute, I’m treating it like it’s the last because you never know what’s gonna happen with the times we’re living in right now. So I’m gonna enjoy every minute of it until it’s over.”

Neither side was able to score again in regulation, sending the game into overtime at 2-2. Texas State didn’t see any chances at goal, never attempting a shot during the period. ACU took three, the last one being Joss’ header to take the match, 3-2.

Agee finished with eight saves. Kammer led the team with six shots, two of them on frame. Moore and Wright were both credited with assists.

Texas State will host one more non-conference contest, taking on Central Arkansas (1-1) inside Bobcat Stadium on Friday at 7 p.m. The maroon and gold will then begin Sun Belt play in a home match against Louisiana (2-1) on Sunday at 1 p.m.

Conner said she actually liked a lot of what she saw during Sunday’s game. But she wants to see her team find more consistency before getting into conference matches.

“I thought it was one of our better games, to tell you the truth,” Conner said. “I liked what we did. It was a start of, like, building together as a team. We just gotta keep working on it.”