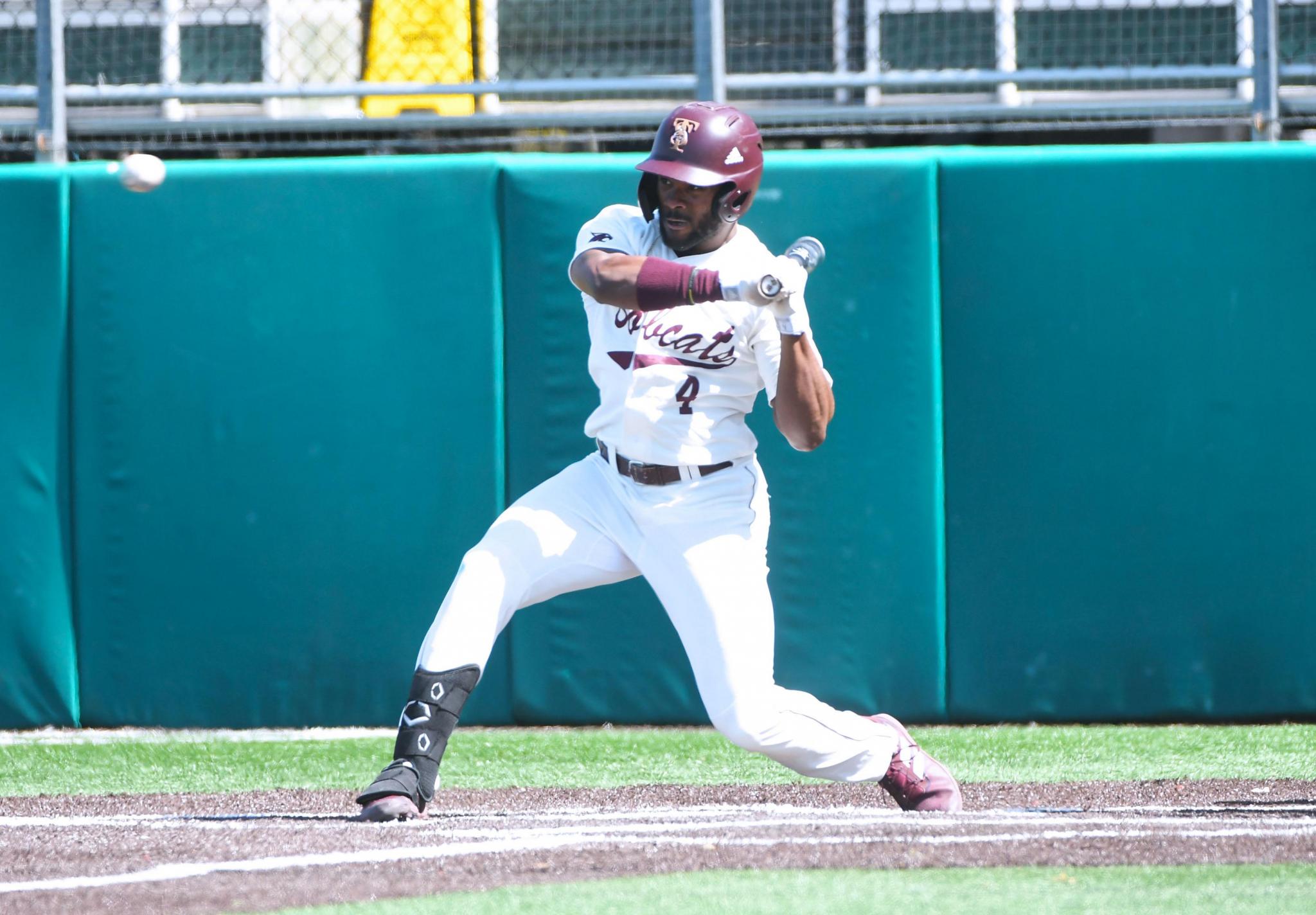 A three-run ninth inning propelled the Bobcats over Appalachian State on Friday as Texas State took a 7-4 road win over the Mountaineers in Boone, N.C.

Winds up to 18 mph made it a little easier to clear the fences — the two teams combined to swing for four home runs in the game. The hosts connected on the first in the opening inning, sending a two-RBI homer to left field and taking a 2-0 lead.

Junior catcher Peyton Lewis earned the visitors’ first, blasting a ball down the right field line in the top of the third, but App State got a run back in the bottom frame to maintain its two-run lead.

Freshman first baseman Daylan Pena tied the game up with a two-run shot to left field in the top of the fourth. Senior outfielder John Wuthrich sent a double to left field, then scored on the next at-bat on a throwing error to give the Bobcats their first lead of the game in the top of the sixth. But the Mountaineers connected on a triple in the bottom half of the inning and scored the runner on a wild pitch to knot the score up again at 4-4.

Neither team scored in the seventh or eighth innings. Junior starting pitcher Zeke Wood lasted until the second out of the seventh, finishing the night with two walks, six hits and four runs allowed while striking out two. Junior right-handed reliever Triston Dixon went into the game with a runner on second and retired the side without surrendering the lead.

Senior closer Tristan Stivors entered the game in the bottom of the eighth, surrendering one base hit and setting Texas State up to jump in front in the ninth. Lewis led off with a walk and senior second baseman Cameron Gibbons laid down a sacrifice bunt to move him into scoring position. Freshman August Ramirez came in to pinch-hit and lined up a go-ahead single down the first baseline to plate Lewis. Senior outfielder Ben McClain swung for the final home run of the night in the next at-bat, adding two insurance runs for the visitors.

Stivors sat down the hosts’ final three batters in order to clinch the 7-4 victory for the Bobcats, moving the pitcher to 3-0 on the year.