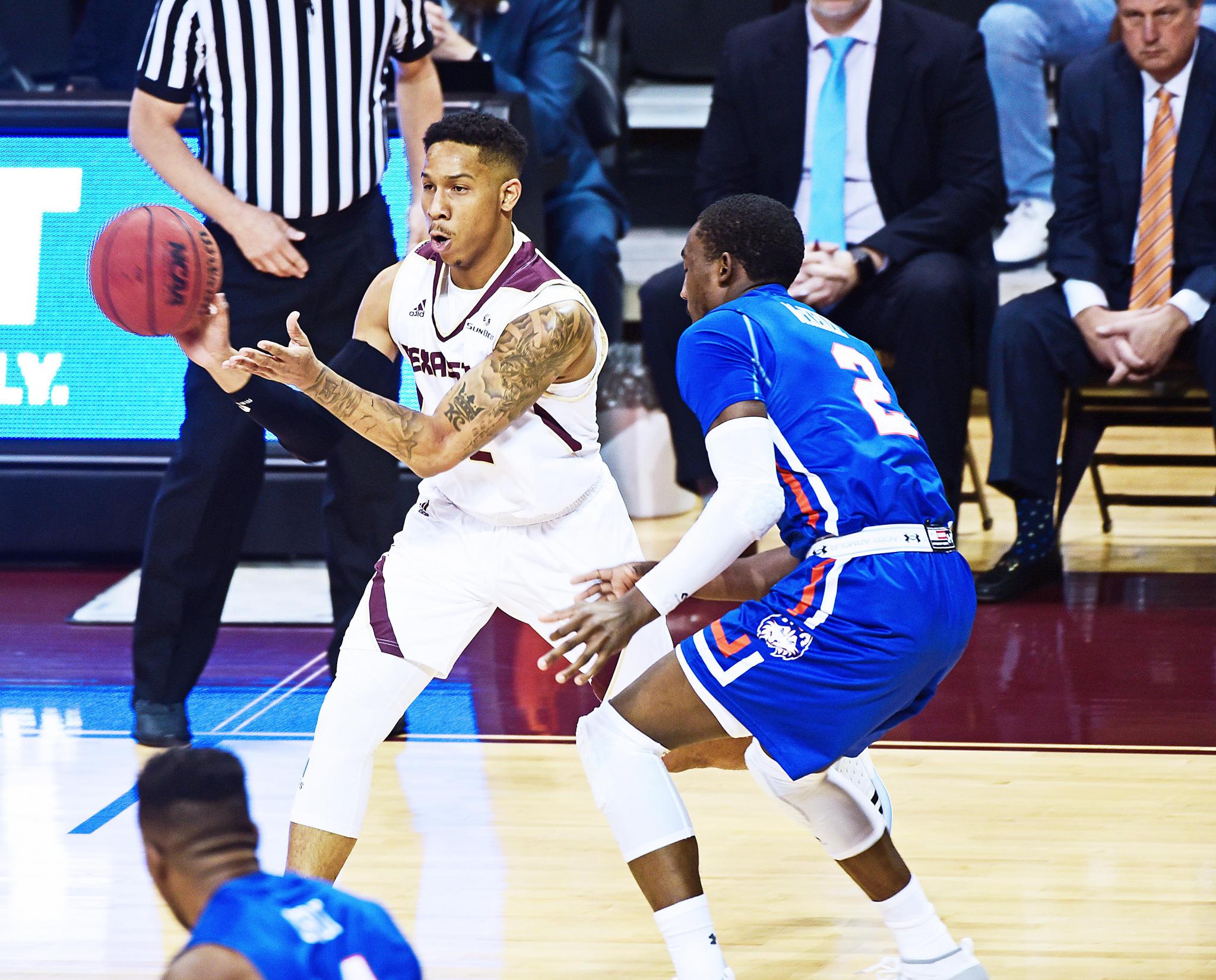 The schedule worked out just right for Texas State.

UTRGV, who runs a similar press as the Razorbacks, forced 19 turnovers against Texas State. The Bobcats know they have to protect the ball better against a much tougher SEC foe.

Arkansas enters Saturday’s game inside Bud Walton Arena in Fayetteville, Ark. forcing 16 turnovers per game, which is No. 44 in the country. The Razorbacks are rated as the No. 56 best defense in the nation, according to KenPom’s adjusted defensive metric.

Offensively, Arkansas has a talented forward in Daniel Gafford, who is ranked No. 17 on ESPN’s NBA Draft big board. Gafford is the Razorbacks’ leading scorer with 17.8 points per game. He also averaged 9.2 rebounds per game.

“It’s a formidable opponent,” head coach Danny Kaspar said. “We think Arkansas has a chance to do pretty well this year. I do think they’re an NCAA tournament team and they’re young but they’re a very talented young team. Their center (Gafford) is probably going to be a first-round draft pick this year and that’ll be our biggest challenge is stopping him and then taking care of the ball against their press.”

“They also have some good shooters in Joe, their off guard, and Jones their small forward and then their point guard is leading the SEC in assists. So, they have some very good weapons. Obviously, we think we can win every game but we know that margin of error is going to be very small to go in and win this thing.”

Texas State feels confident going into its penultimate non-conference game. Through 11 games this season, Kaspar believes this is one of his best defensive teams. The Bobcats will need that defense to continue to play well as they travel to Arkansas.

“This defense is one of our better defensive teams for sure,” Kaspar said. “Offensively, we’re more, I guess, we’re somewhat more explosive than teams in the past. But really it comes down to can Nijal (Pearson) and Tre and Alex (Peacock) hit their 3s and hit their shots from the outside and can we get enough scoring inside from Eric (Terry) and Alonzo (Sule) and if we shoot upper 40s, lower 50s and we have some balanced scoring attack against (UT) Rio Grande Valley then we’re tough to beat.”

Tipoff between the Bobcats and Razorbacks is set for 1 p.m. on Saturday and will be on the SEC Network. Texas State is looking forward to the challenge in front of it.

“It gives our kids a chance to compare themselves to what many people call high-major programs,” Kaspar said. “I’ve been fortunate that I’ve had teams that have beaten Oklahoma twice, Baylor and SMU and San Diego and some other bigger schools.

“One year, we went to Arkansas and lost by three. When you go in there and play well and either win or come very close to winning, it gives your kids great confidence … I’m really asking our kids to go in there and compete. To win games like this, almost every game any of my teams have beaten high-major teams, it’s come down to the last minute or two. We’ve got to compete to where the ball either bounces our way at the end or it doesn’t.”