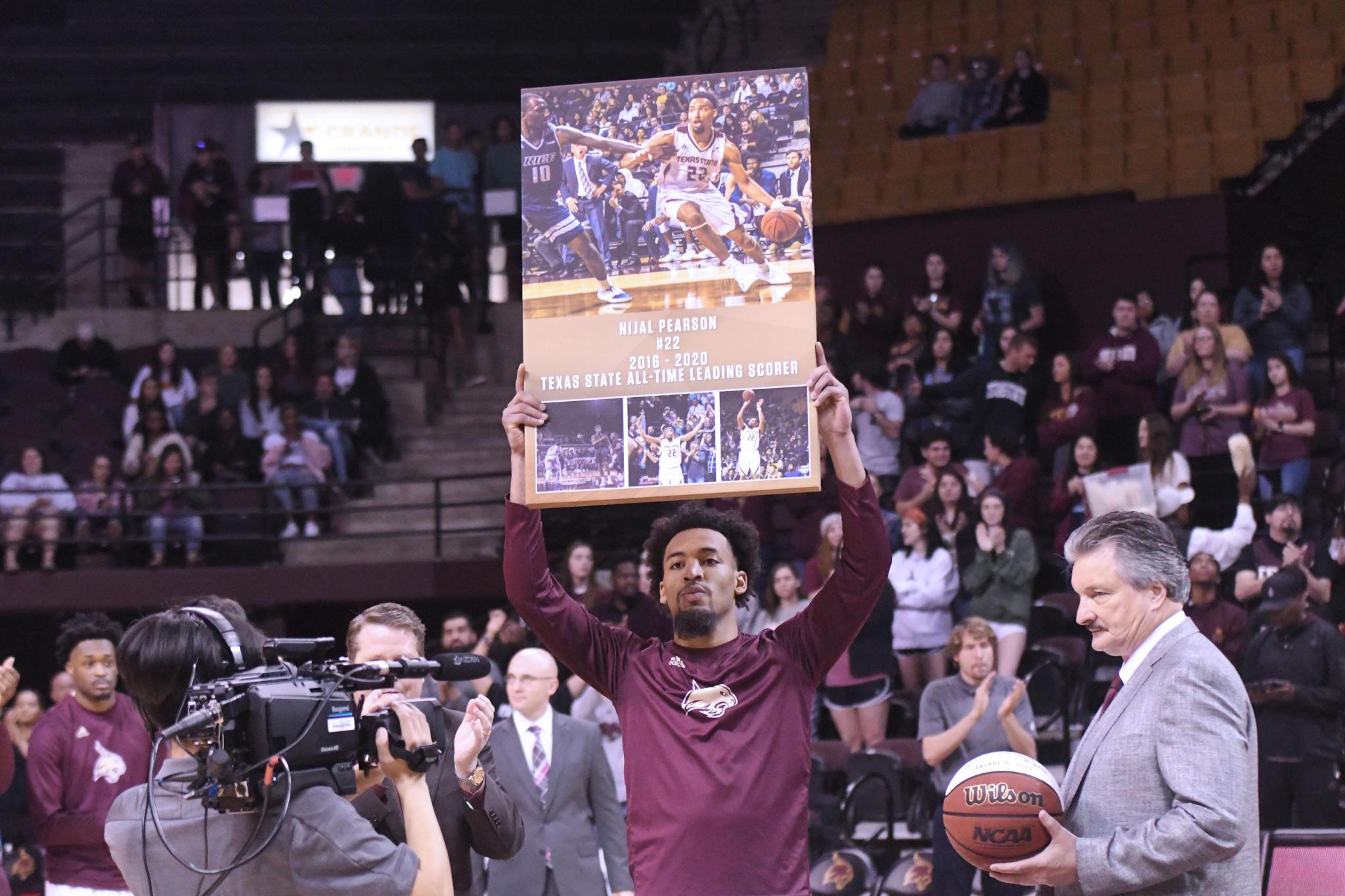 UT Arlington has always been a tough draw for the Bobcats.

In the four years seniors Nijal Pearson and Eric Terry have been with the team, Texas State is 2-6 against the Mavericks. The most recent loss came on Saturday, when the maroon and gold dropped their fifth-straight game of the series to UTA inside Strahan Arena, 64-62.

"I really wish we could have won this game,” head coach Danny Kaspar said. “It would have really put the punctuation mark on Nijal's accomplishments. I want to give credit to UTA. They guarded us pretty good. But the bottom line is that we did not rebound the ball very well and that hurt us."

Pearson was honored ahead of the matchup for breaking the program’s all-time scoring record, previously set by Charles Sharp in 1960 with 1,884 career points. The hosts jumped out to a 9-0 lead to begin the game. Junior forward Isiah Small dropped in a layup on the first possession of the game and Pearson followed with seven points off a 3-pointer, a midrange jumper and another layup. On defense, the Bobcats held the visitors to 0-4 shooting and turned them over twice.

The visitors continued building their lead in the second period and held a 60-52 advantage with 5:06 remaining in the game. Texas State went on an 10-4 run to cut the deficit to two points with six seconds left before Pearson tangled up a jump ball with Mavericks redshirt sophomore guard David Azore, with the hosts being awarded possession.

The Bobcats inbounded the ball to Terry, who found Pearson on the wing. But Pearson’s trey missed the mark, handing the team its first loss in five games.

Pearson led the team with 26 points, making one of just 26 NCAA Division I players averaging at least 20 points per game. He was followed by Small with 11, who also posted his second double-double of the season with a team-high 12 rebounds.

"The goal is to be at our peak in March. It is just January,” Pearson said. “Yeah, tonight was a heartbreaker. We wish we would have won and we are tired of losing to UTA of course, but it is a long season. There is a lot more teams to play. This is game 10 of 20 in the Sun Belt. But we do have to get better and keep grinding."