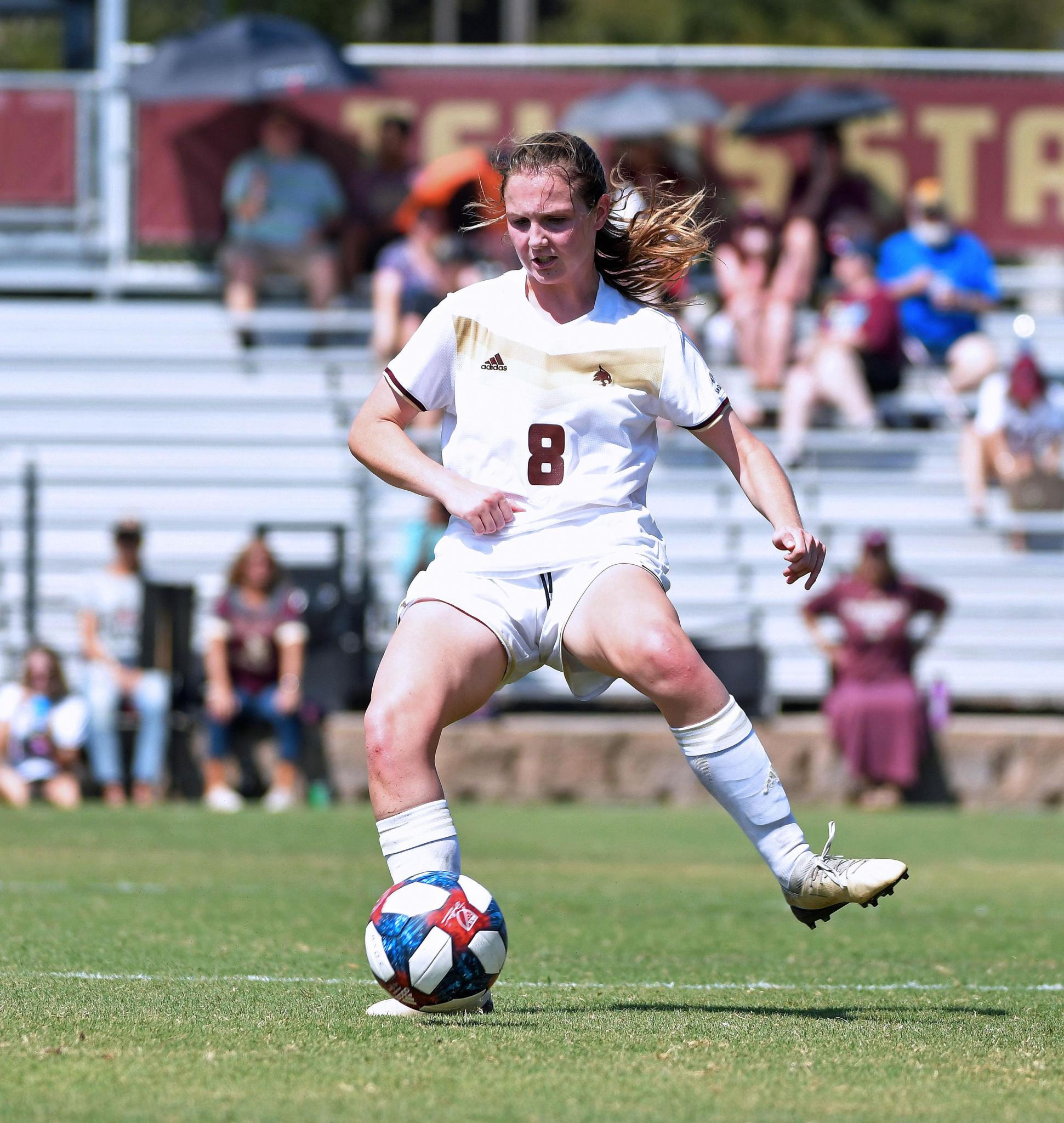 The Bobcats had to embrace their flaws.

“I was happy that we saw again what we saw in Monroe, (Louisiana). And that was a little bit more focus, a little bit more ideas of like to go at and just create something. You know, quick trying to be, I guess, perfect. And instead, they're kind of like, 'OK, well, let's just create it and we'll go with the flow as it goes.' And I think that's what they're doing well.”

The maroon and gold offense continued its hot streak, getting on the board early in the match. Texas State sent a cross into the Mountaineers’ box, which landed in a huddle of players. The ball bounced around until an App State defender attempted to clear it out. The ball deflected off another body and into the net, counting as an own goal five minutes into the game.

The team continued to roll in the second half. Sophomore forward Hannah Solano pushed the ball up to Kaylee Davis at the 52:29 mark. The senior forward saw junior midfielder Renny Moore open at the top of the penalty box and sent the ball her way.

“The ball got in, Kaylee got it and she held it up well,” Moore said. “And then she laid it back and it was kind of just on me not to mess it up.”

Moore found the left side of the goal for the second score of the game. Texas State hung on the rest of the way to take the 2-0 win.

The Bobcats placed five shots on goal during the game and held App State to two. Senior goalkeeper Heather Martin saved both attempts for the hosts.

“I think they're seeing that they're right, they can start kind of flying around and not trying to make things perfect,” Conner said. “They're saying that they can go on the flow and go at pace and create things and kind of ad lib with each other. And I think that's what's huge for us right now. And I think they're going to only build their confidence and go. And I knew that's what would happen if we could just get it going.”

The two wins earned Texas State six points in the conference table, moving the team up to a tie for fifth place with seven points total. The Bobcats will remain in San Marcos next week when the team hosts Louisiana (6-4-3, 2-1-2) on Friday at 7 p.m.

“I think we really built up our confidence on Friday,” Kondikoff said. “We were able to come in today and kind of turn our season around for ourselves and realize we've still got it in us … We're ready to go next weekend.”