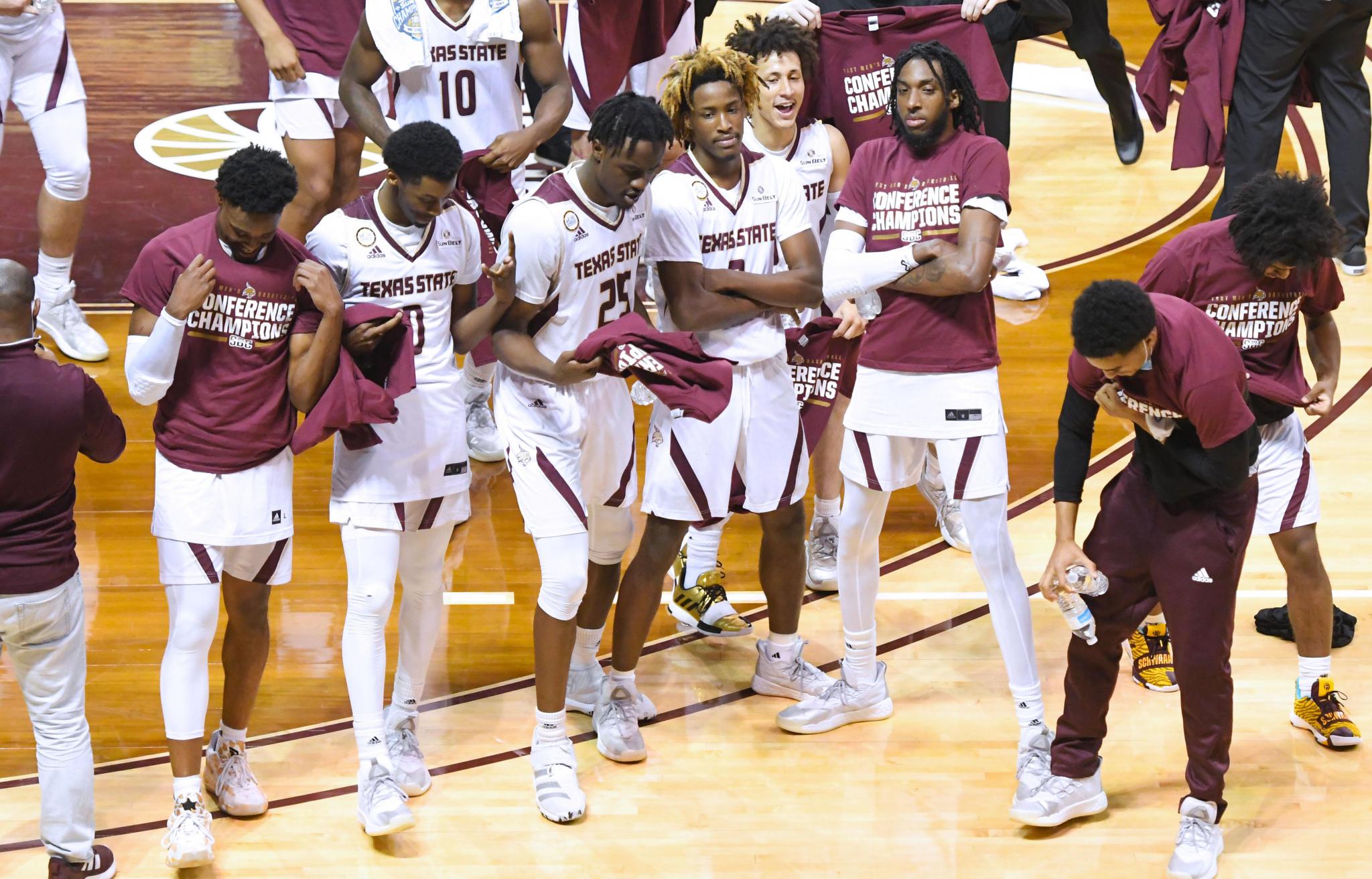 Texas State focusing on itself in Sun Belt tournament

Texas State doesn’t plan to take anything for granted heading into this weekend’s Sun Belt tournament.

There’s a lot that the Bobcats haven’t been able to control lately. They can’t control who their next opponent is going to be in this season’s conference tournament. They couldn’t control that head coach Terrence Johnson had to quarantine away from the team for the last two weeks while dealing COVID-19. And they couldn’t control a pandemic ending their shot at winning the Sun Belt tournament last year.

“You're not really promised an opportunity,” Johnson said “Sometimes you can do it all right and still not have an opportunity, you know, because I dare to say that (former Bobcats) Eric Terry and Nijal Pearson never cheated a day in their preparation, hard work and dedication.”

So the newly-crowned Sun Belt regular season champions are mostly just focused on themselves this week. Johnson returned from his absence on Monday, giving the team a much-needed sense of comfort heading into the postseason.

“We're getting back into the groove of things,” senior forward Isiah Small said. “Everything's getting back to normal, the way it was, our focus, our intensity. So I mean, I'm glad he's back now because like, everybody's been happy that we won, but we're not finished yet. So he's getting our minds back to what it was at the beginning.”

While the maroon and gold wait to find out who their next opponent is, Johnson has been focusing on things his team can get better at. Looking over the film of the Bobcats’ regular season finale against Louisiana-Monroe, Johnson thought they stepped up all-around. They played better defense. They were unselfish with the ball. They rebounded. They knocked down free throws. They closed out key possessions.

“When you do those things, you realize, ‘You know what? I could have did that in the first half, too,’” Johnson said. “We have this thing, we try to get one day better at it. And then, when we watch film right now, the talk is 'the standard.' You know, so the competition is ourselves right now, and what can we do to meet the standard. Because the standard is the standard.”

Conference tournaments are hard to get through. Only associate head coach Bennie Seltzer and assistant coach Robert Guster have entered a tournament as the regular season champion before. It only brings a bigger target on your back.

But it helps to have people who have been there before. And Guster thinks the team is in a good spot.

“I think the guys are pretty loose,” Guster said. “And in my opinion, when you're in a tournament game, when it's one and you're done, you gotta be a little loose. You can't let the pressure get to you, so we're gonna try to stay the same. You know, never up, never down. And sometimes, even within a game, you'll see us down eight or nine and everybody's clapping their hands. And I think that's part of the reason why we are where we are.”

Texas State will play Saturday at 8 p.m. in Pensacola, Fla. against the Mountaineers or Trojans. The Bobcats are ready to make the most of their chance.

“I'm excited about it,” Johnson said. “You know, I think it's, especially for half of our group of guys who've never been in a tournament setting before, I know that there's gonna be some nerves and just some level of excitement. But you know, I want these guys to experience it.”