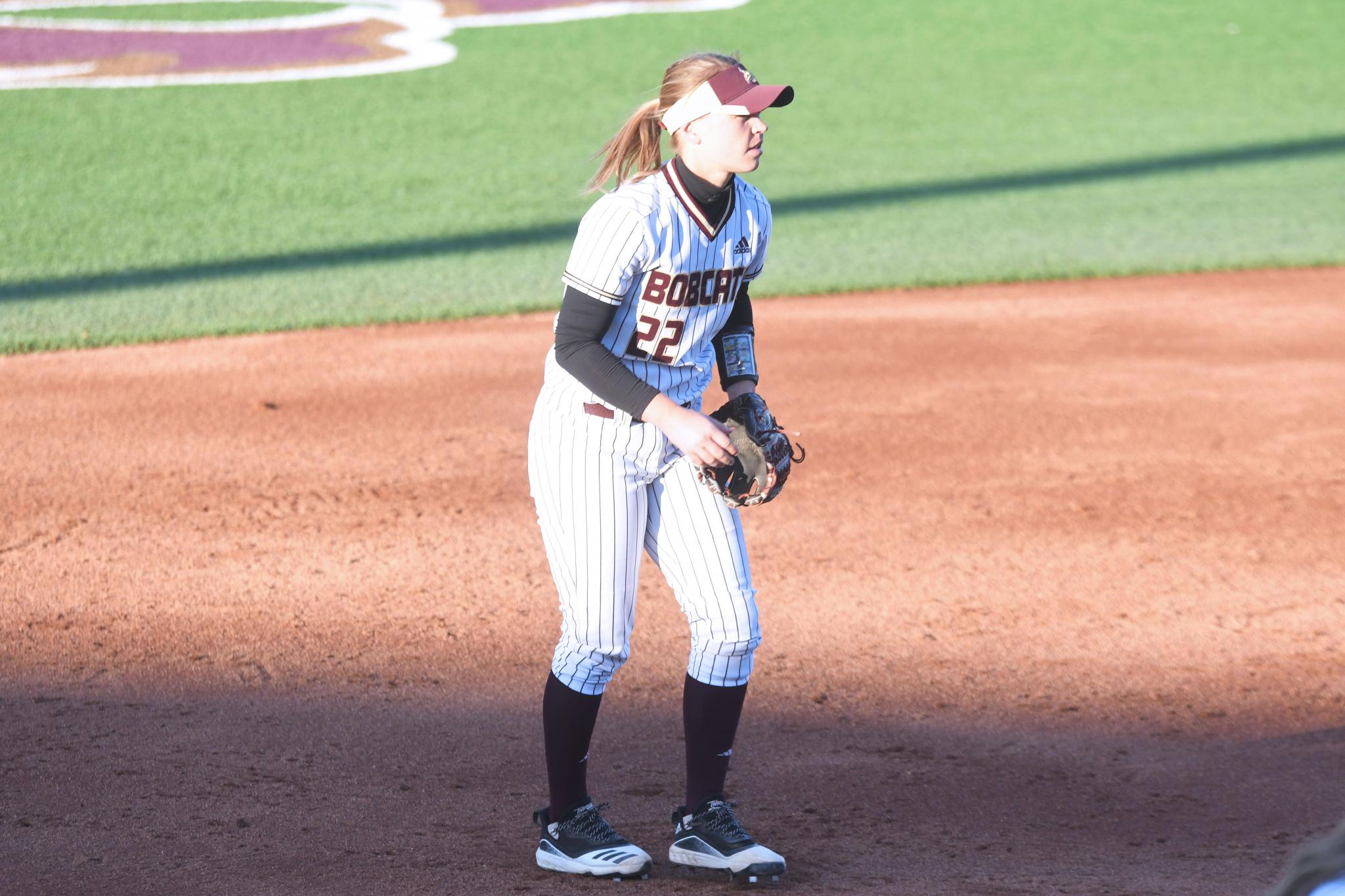 A script couldn’t have been written any better than the end of the Bobcat Classic for Texas State as junior shortstop Tara Oltmann blasted a walk off two-run homer over centerfield, defeating Wichita State 9-1 in the finale Sunday.

The homer capped off a dominant weekend for the Bobcats after taking down the Shockers twice — 5-3 Saturday and 9-1 Sunday — as well as the St. Louis Billikens — 4-1 Friday and 12-0 Saturday — and school rival UTSA on Thursday, 4-3.

Oltmann, who ripped a grand slam earlier in the Classic, is familiar with the feeling of a home run before it even leaves the bat.

“I was thinking that it was gone,” Oltmann said smiling. “And it came off (the bat) good.”

The team displayed its power by hitting nine home runs along with an impressive 28 RBIs over the five-game stretch.

Although it seemed like magnets were connected to Texas State’s bats, head coach Ricci Woodard highlighted the work in the circle by her pitching staff.

“I thought we pitched really well and anytime you're pitching well, it gives your offense a chance to kind of loosen up and stay in the game long enough to win a ballgame,” Woodard said. “Our pitching staff did a great job of keeping us in a ballgame long enough to win it. And then our offense just caught fire at times and just to win. And so, I don't have any complaints. I thought we played defense well. I thought we did everything pretty well. So, you know, not always that I get to say that I thought we did everything across the board pretty well.”

Senior pitcher Dalilah Barerra (2-0) remained undefeated after dealing six strikeouts while holding Wichita State to one run. Pitchers, Meagan King and Tori McCann had stellar outings this weekend, with the team having never given up more than three runs in a game this season.

Sunday afternoon’s win started with Barrera setting the tone with two strikeouts in the first inning. The team’s offense followed that up with three runs. Senior first baseman Hailey MacKay hit the ball to center but it was fumbled by the Shockers, bringing in a run. Immediately after that, junior right fielder ArieAnn Bell knocked it over the fence with sublime power extending the lead to 3-0.

Bell now has three consecutive games with a homerun.

As the bats started to slow down, Barrera kept the visitors cold inside the batter box. That gave the Bobcats enough time to warm the plate back up and score four runs in the bottom of the fifth.

Wichita State's one run came in the top of the sixth but Oltmann made sure to leave no room for error, walking off the Shockers in long ball fashion.

The Giddings native led the way at the plate with nine RBIs and two of the best home runs of the weekend while batting .385 this season.

“Tara is one of those kids who’s going to give everything she has every single day. It doesn’t matter if it’s practice or game day. So to see that pay off is always a benefit. I like anytime Tara is at the plate,” Woodard said. “I know she’s going to give us her best effort. She understands the game as well as anybody. If we can get her to believe in herself as much as we believe in her, she’s going to be unbelievably good. I don’t think I can speak highly enough about Tara Oltmann.”

Texas State (7-2) will have a couple of days to keep playing complete softball and prepare for the Baylor invitational this weekend in Waco. The Bobcats open the invitational with an early wake-up call at 9 a.m. against Minnesota (5-4).