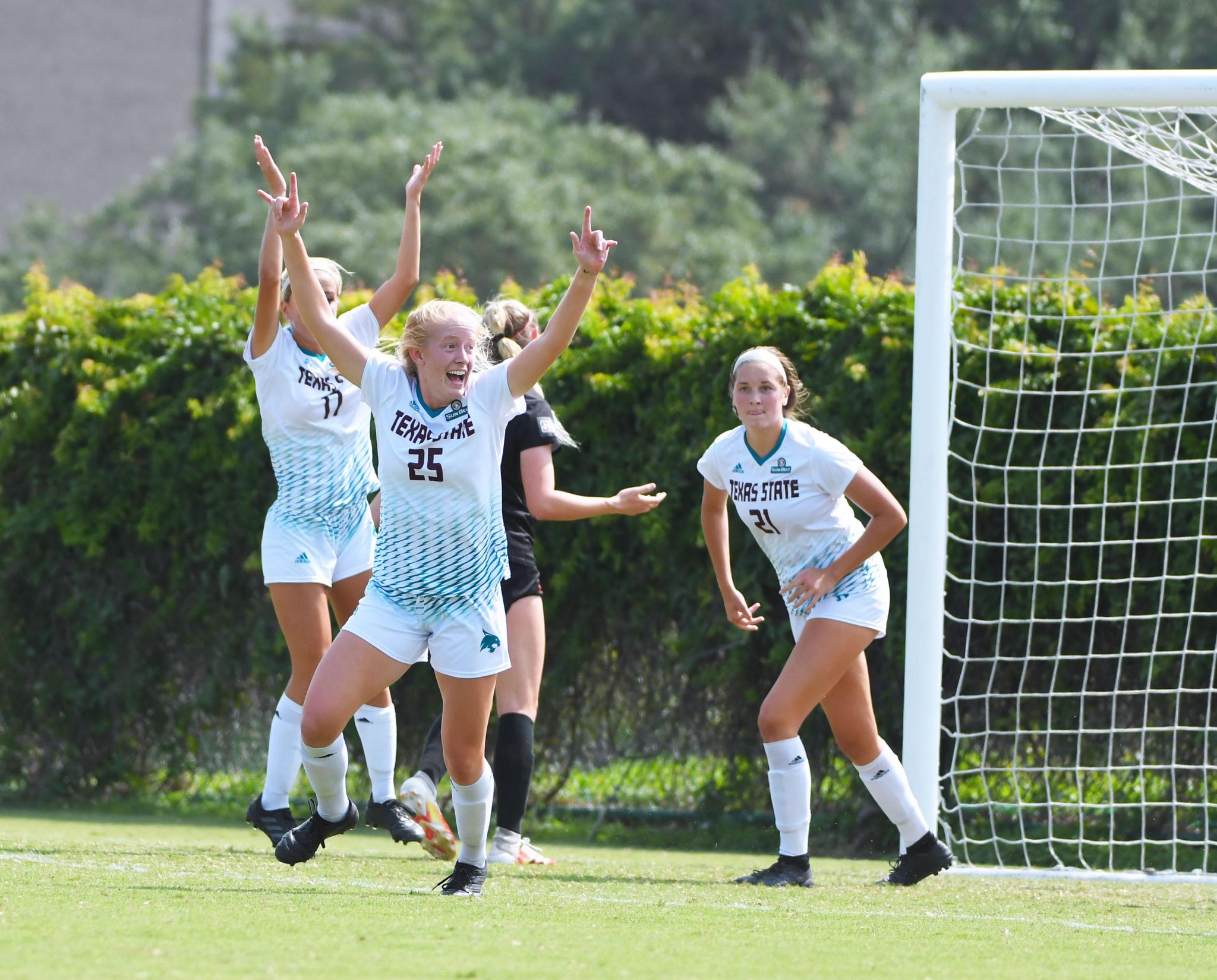 Heading into the final two matches of the regular season, Texas State head coach Kat Conner feels confident her players have a better understanding of what she’s asking of them.

“Offensively, I think our newcomers are getting the ideas. Now, honestly, I think it's just being able to make that split decision and make the right choice. And that's the part I think, sometimes we get it right and sometimes, obviously, we don't and you've just got to learn from it,” Conner said. “But I do like to they understand what we're asking of them. They understand, you know, what the roles are, they understand the system, they do understand all of it. And so, I think now it's just getting them to just have lots of repetition and lots of chances to make those decisions. And hopefully, they make the right ones and he finished off the goals this weekend.”

One change Conner recently made to help the team was moving junior defender Addison Gaetano, who typically starts at center back, up the pitch a bit into a defensive midfielder position.

Having Gaetano in the middle has begun allowing Texas State’s other midfielders to run farther up the field during attacks without sacrificing too much on the defensive end.

“She kind of understands more and more what we're asking of her,” Conner said. “And one is to deny the penetrating ball into their front runner, which, I think she did a good job at that, of reading it and learning to know intercept it. And I think she's learning to, now, try to stay compact with the midfield and then, of course, give them support, whether it be offensively or defensively.”

The maroon and gold will host Little Rock (2-4-0, 2-2-0) on Saturday inside Bobcat Soccer Complex. Texas State lost its first meeting with the Trojans 2-0 on the road on Sept. 25. Conner said Little Rock’s was much more direct than what she’s typically seen from her experience, which caught the team off guard.

“Now, watching film, we know that that's their motive, that's what they're going to do,” Conner said. “So we've been preparing for it all week and hopefully we'll do better with just being able to stop them from being able to hit that ball. We can't do it all the time but trying to stop them and, of course, then being ready to pick up the second ball off our defenders, which again, helps us with Addy Gaetano there.”

The match is set to kickoff at 1 p.m. With just two matches left before the Sun Belt tournament, Conner hopes the players can make the necessary adjustments to boost their confidence heading into the postseason.

“We're, I guess, kind of lucky this year that everybody's getting to go to the tournament,” Conner said. “So we are still in a mode of like, we've got to patch these holes up, we've got to get better at the defending aspect of it.

“And then of course offensively, we've got to get numbers forward so that we can score. And so that's why we're kind of, like I said, moving that personnel around so we can get more of an attack getting forward. And that's what we're trying to do. I think if we can get that done, well head into the tournament with more confidence and able to go in on the right foot.”