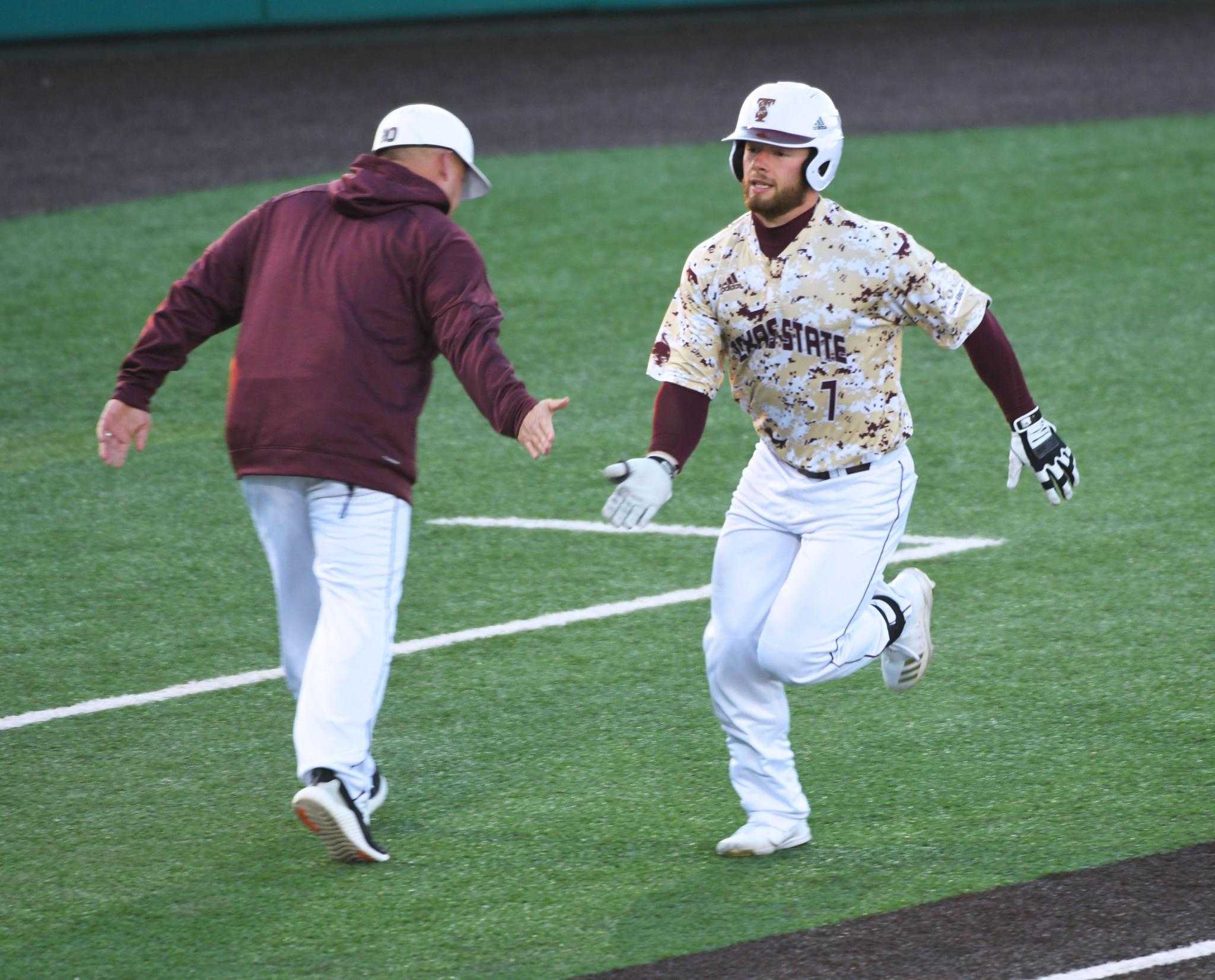 Steven Trout’s eyes were glued to his iPad during the offseason. He wanted to soak up every second of watching his players in summer league baseball that he could.

When the Sun Belt shut down the 2020 season on March 17 and players were sent home due to COVID-19 precautions, Trout wasn’t allowed to work with them again until they returned in the fall. The Texas State head coach was itching to get back to the game but had to settle for just streaming their offseason games.

Trout’s feeling is one shared by the rest of the team. After all, the Bobcats’ .778 winning percentage was tops in the conference and Trout’s 14 wins were the most by any first-year head coach in 2020. They tasted a regular season championship in 2019 before being knocked out in the first round of the league tournament — the bad taste in their mouths was left to sit for another year. For some, it was the longest time away from the sport in their careers.

“It's been almost a full year, year and a half since we've been in competition,” redshirt senior outfielder Will Hollis said. “So I think it's helped a lot of us. It kind of gives you that, ‘Man, I really want to go play again,’ type thing. Not saying we don't feel like that when we're playing every day but, you know, when you miss it, you really miss it. You want to get back out there. So I think that's definitely helping us.”

But the maroon and gold now bring back one of its most experienced teams to date. Just two of Texas State’s 10 seniors chose to move on from the program in right-handed pitchers Brent Hebert and Jacob Little. It’s been hard for the group to think about what might have been in the 2020 season. Now it’ll get a chance to prove it in 2021.

The seasoned Bobcats have been getting plenty of preseason recognition. They were voted first in the West Division and second overall in the Sun Belt Coaches Poll. They were ranked the No. 30 team in NCAA Division I by Collegiate Baseball. They received votes in both the National Collegiate Baseball Writers Association (NCBWA) and USA Today Coaches preseason polls.

“I mean, we got off to a good start last year,” Leigh said. “Unfortunately, it got cut short. And so I think that was kind of in the back of everybody's minds this whole time that we've had off. And it just didn't sit well. I mean, everybody wanted to be playing, obviously. And so, that was kind of on our minds this whole offseason and that was just a driving force that pushed us to work harder every day to be as best as we can be.”

There will be some new faces that help the team as well. Trout expects sophomore right-hander Zeke Wood’s name to be called quite a bit throughout the year. The North Central College transfer has one of the most projectable big arms in the program in Trout’s opinion — he’s run the radar gun up to 94 miles per hour before.

And Trout said redshirt sophomore outfielder Ben McClain actually led the team in hitting in fall scrimmages. The Howard College transfer has left a big impression on his teammates, too.

“You know, Trout is always finding really good JUCO players who come in and make an impact immediately,” Hollis said. “From day one, I could tell (McClain) wanted to come in and work and compete for a job. And he's been doing an unbelievable job of getting in there and competing. I think he's gonna be a really, really key factor for us this year.”

Texas State didn’t have a specific strength in 2020, but rather a lack of weaknesses. There were no holes in the maroon and gold’s game, no specific area for opposing teams to exploit. The Bobcats were seventh in the conference with a .262 batting average, fifth in the league with a .976 fielding percentage and third in the Sun Belt with a 2.84 ERA — solid all around.

And with starters returning at virtually every position, that’s likely to be the case again this season.

Texas State opens the 2021 season with a doubleheader against BYU on Saturday with games at noon and 4 p.m. inside Bobcat Ballpark. The teams will close out the series with games on Monday and Tuesday at 4 p.m.

The Bobcats want to stay humble. Other teams are bringing back just as much experience as they are. But they also have goals to go farther than any other team before them. And if they avoid getting complacent, they might have a shot to pull it off.

“Our new rule is no complaining. We're just excited to be out here every day and see what happens.”