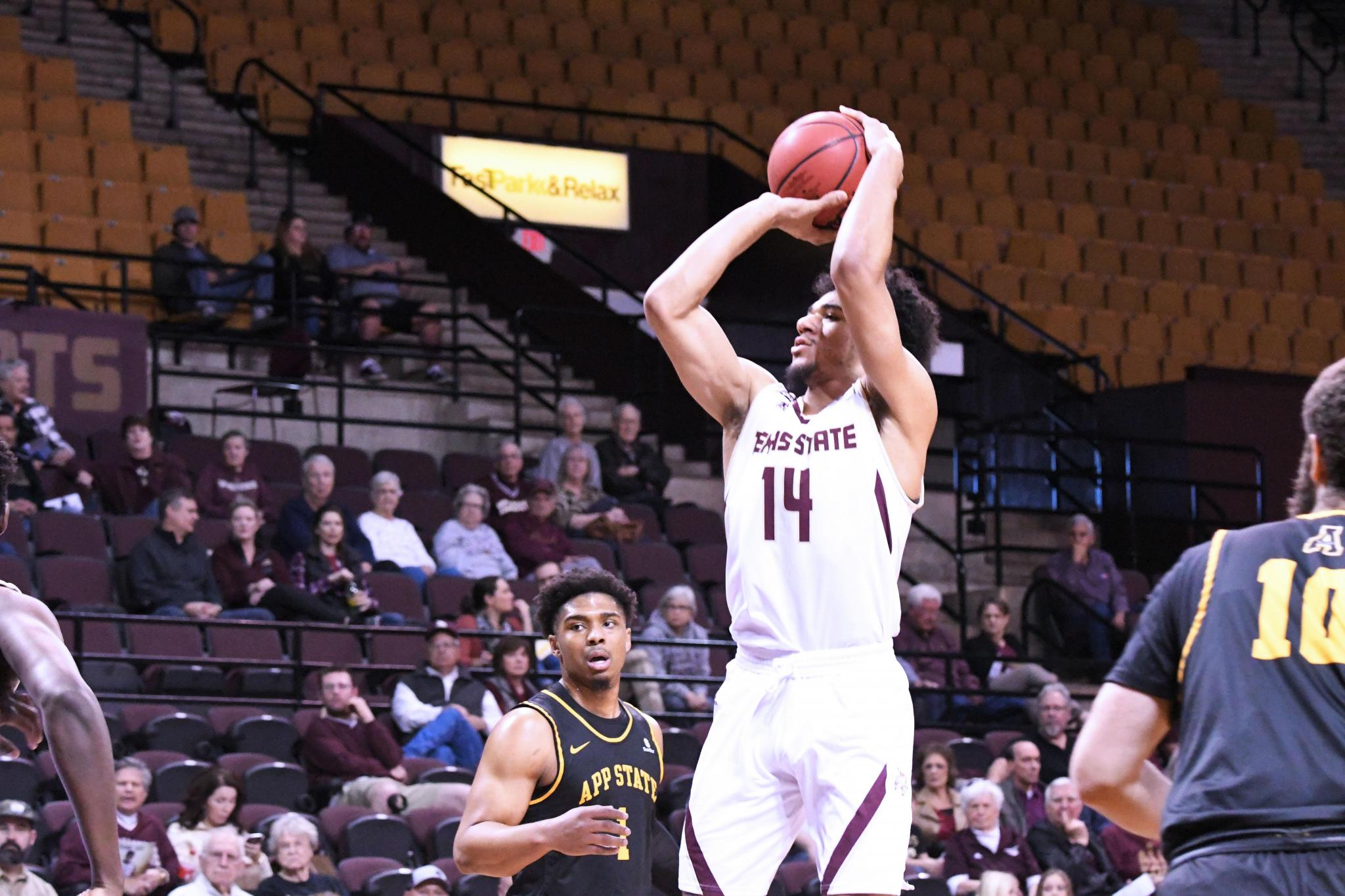 Texas State looks for same result in rematch with ULM

He knew how demoralizing Saturday’s 64-62 home loss to UT Arlington was. He knew how much it would have meant if senior guard Nijal Pearson had made the go-ahead 3-pointer at the end of the game and how much it hurt when the shot hit the front of the rim instead of the bottom of the net.

But the players haven’t been hung up on having their four-game winning streak snapped. Instead, they’ve been working harder to build a longer streak.

“Just think if Nijal hit that shot what would've happened to this place,” Kaspar said. “But that's the life of players and coaches. Deep disappointments and yet you're just right there.”

Texas State (12-9, 5-5) draws Louisiana-Monroe on Thursday in a rematch of Jan. 16’s contest between the Bobcats and Warhawks. The maroon and gold narrowly escaped Monroe, Louisiana, with a 64-63 victory that was nearly overturned on what would have been a game-winning trey from ULM sophomore guard Jalen Hodge that failed to beat the buzzer.

The Warhawks (6-13, 2-8) currently own the worst record in the Sun Belt, though Kaspar doesn’t believe it’s due to a lack of talent on the roster.

“I told my players, (ULM), even though they're not winning a lot of games in conference, they've got a couple of guys that could start on this team,” Kaspar said. “(Junior guard Michael) Ertel’s a dang good player. Really good. I mean, you let him get 30, 35 (points), he's gonna beat you.”

Kaspar noted the two schools play a similar style on offense — running sets at a deliberate, methodical pace instead of at a breakneck speed. The Bobcats rank 319th in KenPom’s adjusted tempo rating, just eight spots ahead of the Warhawks.

“In a sense, it is difficult,” Sule said. “Then in another sense, since they play like us, we're used to it. We're practicing every day against each other. So I feel like if we just come ready to play, I think we'll be fine.”

Texas State will look to get back in the win column on Thursday, tipping off against ULM inside Strahan Arena at 7 p.m. The team will go on to host Louisiana (8-13, 3-7) on Saturday at 4:30 p.m. in the second game of a joint-doubleheader with the women’s basketball team.

Chandler Davis back at practice, unlikely to play this season

Chandler Davis has returned to practicing with the team, though Kaspar seemed doubtful he’d see any playing time this season.

“We don't know if we're gonna use him because we're only guaranteed 10 more games,” Kaspar said. “So he probably will not play. He'll probably redshirt or something.”

Davis has been out all season after receiving back surgery for a herniated disc in the offseason. Kaspar initially said he'd be out for "a couple months" at the team's media day on Oct. 30. Davis transferred from Snead State Community College in 2018 and averaged 2.1 points and 1.6 boards per game last year.

Still, having Davis back at practice has been beneficial to the team. Sule and senior center Eric Terry have rarely come off the court in practices without a third post to give them a breather. Sule, who’s dealt with minor foot injuries this season, was glad to see Davis back on the floor.

“I feel like it's gonna take some time for him to just get the conditioning and get back but he looked good. He's coming back slowly, I see his movement's getting better. You know, he's coming back, I liked it,” Sule said. “It's actually great for me, too. I've been with my plantar fasciitis, you know, so just him coming back, working him into practice really helps me a lot, too.”