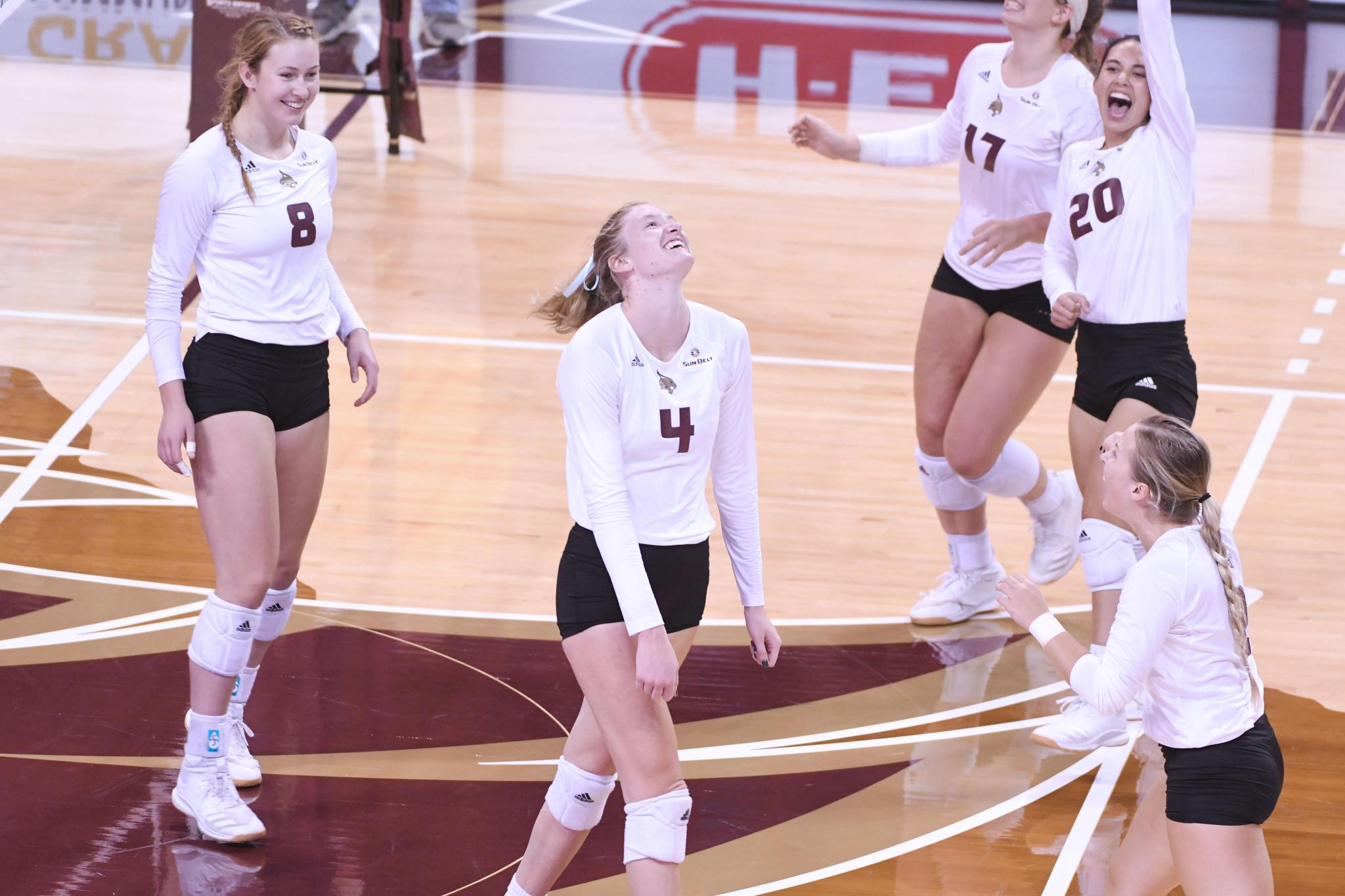 It was exactly what head coach Karen Chisum wanted to see.

Texas State began Sun Belt play Friday with a 3-1 sweep over Louisiana inside Strahan Arena. Chisum liked how the team performed for the most part, but wanted to sharpen the Bobcats’ passing and serving before Sunday’s home match against Louisiana Monroe.

The team made the proper corrections against the Warhawks, leading to a 3-0 sweep.

“What we really wanted from the team was to feel good after this weekend, to build that confidence. We've been good this season. We've played some not-so-good games,” Chisum said. “But I really, as we go in the conference — again you guys, our pre-conference schedule was tough. These kids are ready for whomever we put out in front of them now.”

Chisum said multiple players came in outside of practice on Saturday to get extra reps. The work paid off, as Texas State (10-6, 2-0 conference) swung for a season-best .440 hitting percentage against ULM (9-7, 0-2).

Huskey’s efforts were recognized by the league on Monday, as the senior earned Offensive Player of the Week honors. Huskey averaged four kills per set in three matches and posted a season-high 21 kills against the Ragin’ Cajuns.

The outside hitter said she’s starting to see the team find its chemistry.

“I think now that being, you know, we're 2-0 in conference and we got to play at home, I think everybody's starting to relax while they play and especially express themselves on the court,” Huskey said. “So yeah, we're trying to get our connection back from last year. And hopefully it changes by conference.”

“Again, this is 19 kids that work hard every day,” Chisum said. “They're a family, they're good teammates, they're good people. I'm extremely proud and excited to be 2-0.”