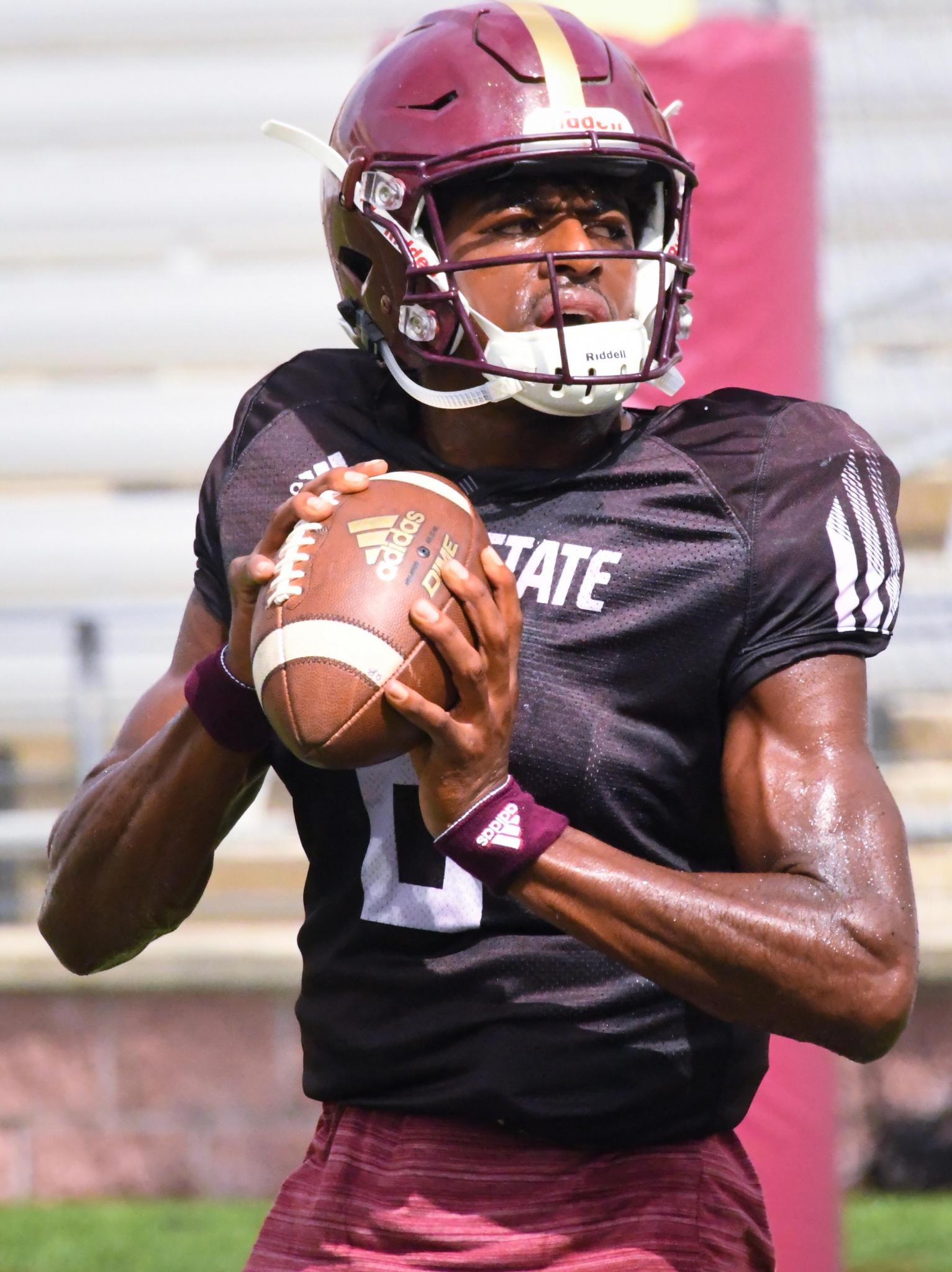 Jones was in a competition against redshirt freshman Jaylen Gipson and freshman Tyler Vitt throughout training camp. Jones was the only quarterback in the battle who had taken a collegiate snap.

“Obviously, knowledge of what we do, he probably has bigger knowledge because he’s had game reps,” Withers said at his weekly Monday press conference. “I think Willie’s grown from January to this point today. Not only as a football player, but as a person. I think leadership wise I think he’s taken strides. I think he’s taken some steps where our football team really trusts him in that leadership role.”

At the beginning of training camp, Withers said leadership would play a big role in determining the Bobcats’ starter. Withers said Monday that Jones has grown throughout camp as a leader.

“I think everyday he’s come to work,” Withers said. “I think he’s been a great student of the game. I attribute some of that to (quarterback) coach (Brett) Elliott bringing his knowledge of the quarterback position, and our offense back into what we do. I think that’s helped all the quarterbacks, all three of quarterbacks. But I think (Jones) just knows the little pieces of the game, the attention to detail of the game as a quarterback, I think he’s really grown that way.”

Texas State also announced that Gipson and Vitt are still competing for the backup role. With three young quarterbacks, Withers is excited to have the opportunity to coach them.

“I’m really excited that Willie is a sophomore with a lot talent, with a tremendous upside, and then have two quarterbacks behind him with that same upside,” Withers said. “I think we’ll always be in a battle at quarterback, which is good. I think iron sharpens iron. So, I think everyday Willie goes to work, he knows there’s a guy behind him nipping at his heels, and the same thing for the second guy and the third guy. They know somebody is nipping at their heels.”

Jones makes his first collegiate start against Rutgers on Saturday at 11 a.m. at HighPoint.com Stadium in Piscataway, N.J. Withers hopes Jones’ confidence will start to build once he gets behind center.

“I think the more game reps that he has, the more that confidence will come out,” Withers said. “The one thing you can’t do, he’s really talented. He has a lot of physical skills. For a quarterback that has confidence and a lot of physical skills, you can’t go out and say you’re going to win the game by yourself and that’s what we can’t have out of Willie. That will be the confidence he has to have in his other teammates to help him make plays. And if we can get that done with Willie and the rest of the offense in this early part of the season, I think you’ll see the confidence in him grow as the season goes on.”