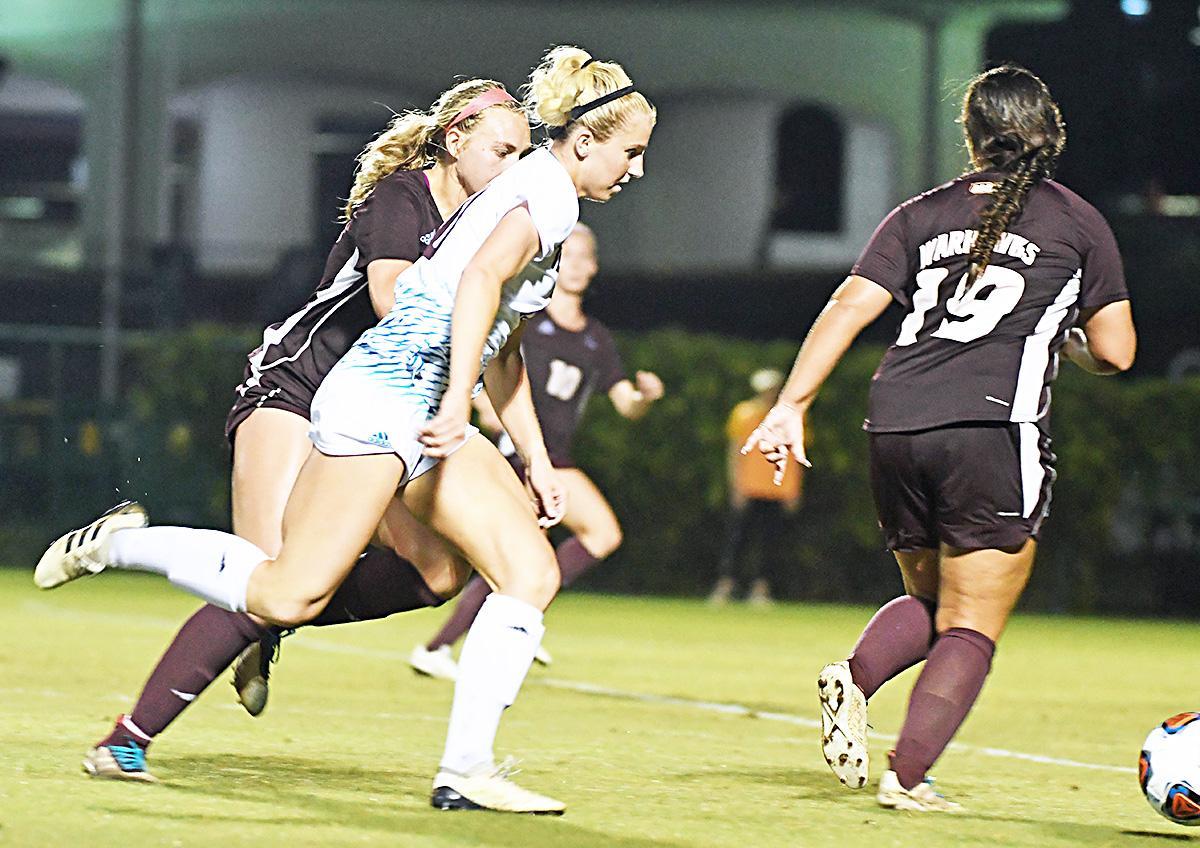 Heather Martin is a brick wall.

On Oct. 22, 2017, the goalkeeper stopped a career-high 10 shots on goal in Texas State’s final regular season game against South Alabama. The superb defensive effort went to waste, though, as the Jaguars still snuck in two shots past the then-sophomore and won the match, 2-0.

The Bobcats fell in overtime to Coastal Carolina in their next game in the first round of the Sun Belt Conference tournament, 2-1, on Nov. 1. South Alabama went to on to win the conference for the fifth time.

But on Sunday, Martin showed she’s still a brick wall. The junior saved another 10 balls, her highest total this season, and shut the Jaguars out as Texas State beat the defending conference champions for the first time in school history, 1-0.

Early in the match, junior midfielder Jordan Kondikoff sent a through pass down to junior forward Kaylee Davis, who accelerated past her opponent and booted the ball towards goal. The ball found the upper left corner of the net, Davis’ seventh goal of the season, giving the Bobcats a 1-0 lead.

South Alabama took 18 shots during the match. Eight were off target. The rest were rejected by Martin.

The Bobcats look to keep their hot streak alive on Friday when they host Little Rock at 7 p.m. inside the Bobcat Soccer Complex.