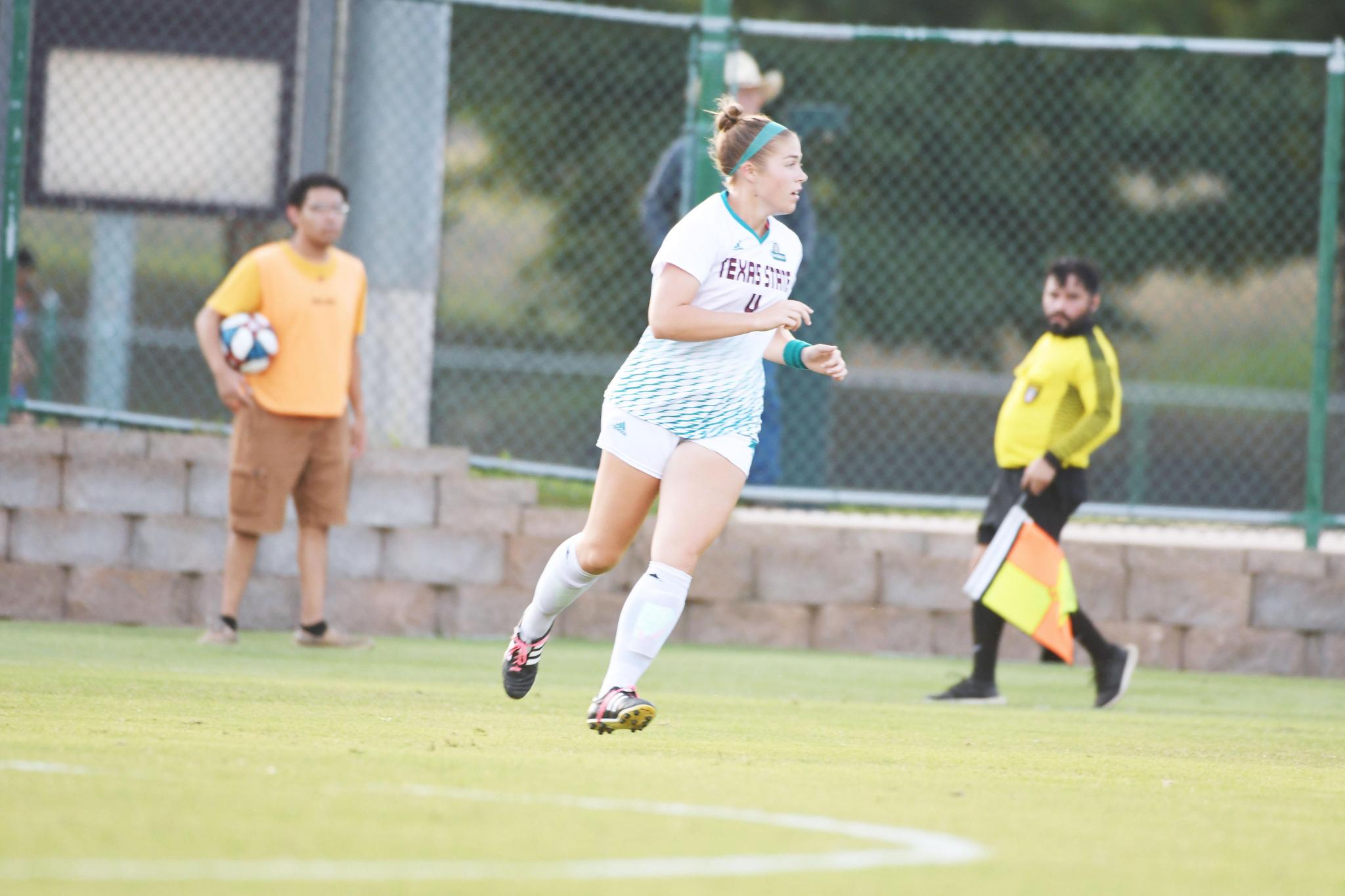 The Bobcats started off well in their first match in El Paso. Junior midfielder Renny Moore glided a corner kick into the box in the 19th minute of the first half. The ball found fellow junior midfielder Mackenzie Smith, who headed it into the left side of the net for the first score of the game.

The Miners answered back before the end of the half, though. The hosts were awarded a free kick in the 44th minute and launched the ball into the box. UTEP junior defender Lauren Crenshaw was fouled before Texas State could clear it and connected on an equalizing penalty kick to make it 1-1.

The final half saw Miners sophomore forward Kam Fisher convert a go-ahead goal in the 78th minute to secure the 2-1 victory. The loss was the first for the Bobcats in 364 days, the last one coming against Texas in Austin, 2-1, on September 7, 2018, and snapped a 17-game undefeated streak for the maroon and gold.

Texas State looked to bounce back against New Mexico State in Las Cruces, New Mexico. The visitors struck first as junior defender Jessica Pikoff found junior midfielder Haley Groff in the 40th minute of the first half. It was Pikoff’s first assist in exactly two years.

The Aggies responded as soon as the second half. NMSU freshman midfielder passed the ball up to junior forward Shea O’Connor to knot the game up at 1-1. Neither team scored in the rest of regulation, sending the game into overtime. The hosts outshot the visitors 6-4 in the two extra periods of the match, but big saves from Bobcat senior goalkeeper Kathryn Budde helped keep the score even. The teams remained knotted a 1-1 at the final buzzer, resulting in a draw.

Texas State will return head east this week, taking on Northwestern State (1-5) in Natchitoches, Louisiana on Friday at 7 p.m. The team will return home in time Sunday to match up with McNeese (2-3) inside Bobcat Soccer Complex at 1 p.m.