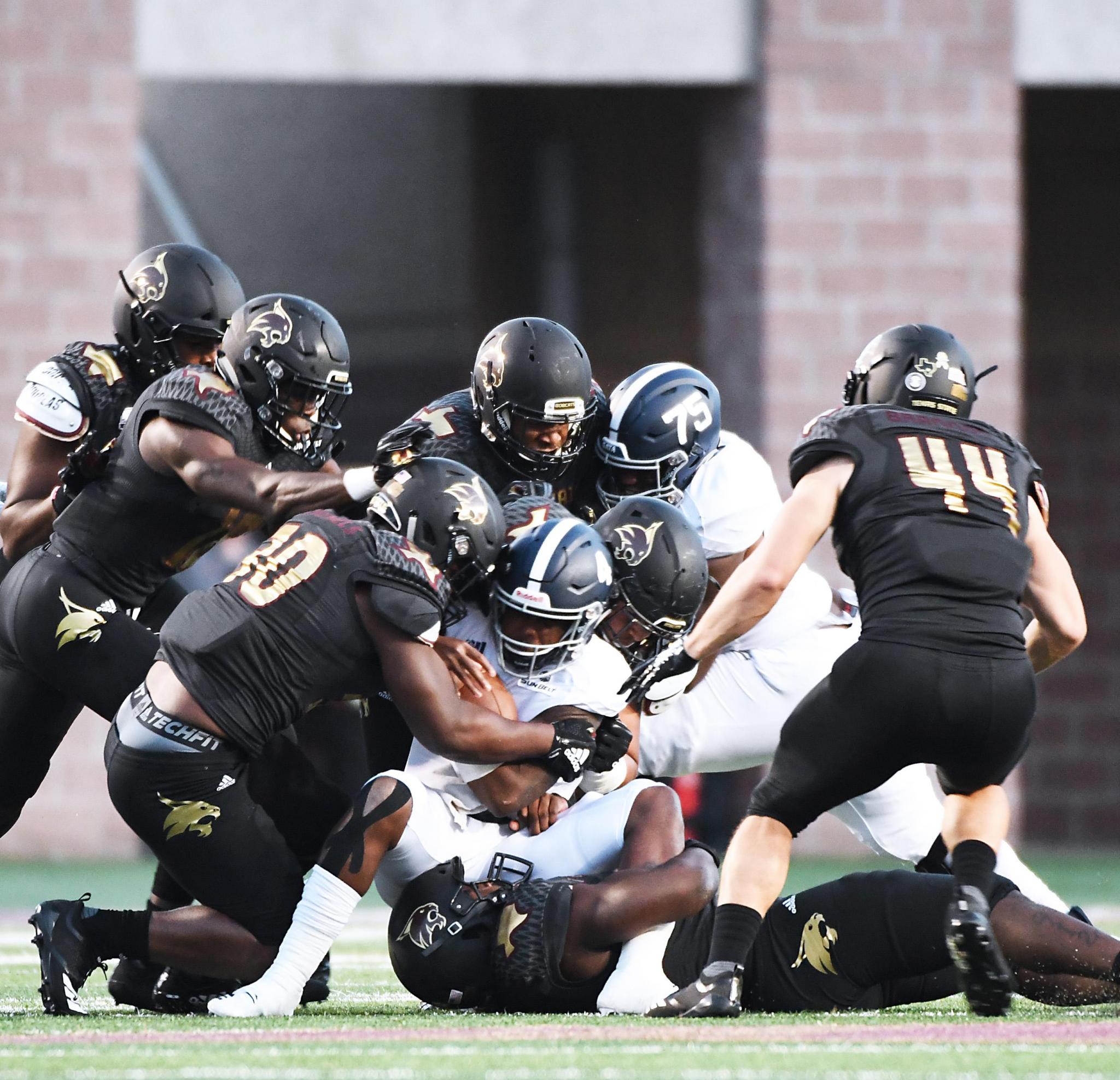 The biggest concern head coach Everett Withers has about his Bobcats is consistency.

Texas State (1-5, 0-3 Sun Belt) hasn’t put together a full four quarters of consistent football this season. The Bobcats look to build consistency as they prepare to hit the road to take on Louisiana-Monroe on Saturday at 6:30 p.m. at Malone Stadium.

“Whether it be one half our defense plays well and our offense doesn't play well, and then one game our defense plays well and we can’t get anything going on offense and we don’t kick the ball well … We’ve got to go back to drawing board and fix some things,” Withers said in his weekly Monday press conference. “Obviously, we’ve got to find a way to generate more offense for us to have a chance. I think that’s important for us to do, and we’ve got to continue to get better this week defensively because we’ve got another challenge with a very talented quarterback (Caleb Evans) with very good skill players.”

It’s no secret Texas State’s offense has had its struggles. The Bobcats possess the second-worst scoring offense, rushing offense and total offense in the Sun Belt. Texas State only scores 22.5 points per game, rushes for 131.7 yards per game and only gains a total of 333.8 yards per game.

Withers says Texas State’s offensive woes start with the offensive line and its lack of consistency.

“I just think inconsistency up front more than anything else,” Withers said. “We have to be consistent on blocking in the run game and protecting in the pass game, and we’re not doing that on a consistent basis right now.”

Texas State’s defense ranks much better than its offensive counterpart. The Bobcats are No. 3 in the conference in total defense and passing defense, and No. 4 in rushing defense. Junior safety JaShon Waddy said building consistency on defense begins in practice.

“I think the consistency mostly come from practice,” Waddy said. “Just forming those practice habits that will make it easier in the game and keep you on your toes during the game. It’s just, practice until it becomes almost second nature to you.”

Withers called ULM junior quarterback Caleb Evans one of the best quarterbacks in the Sun Belt. He also said redshirt senior running back Derrick Gore and senior wide receiver Marcus Green are talented players the Bobcats will have to prepare for.

Withers said Texas State will find out how much the defense has grown this season when it faces the Warhawks.

“We saw an offense this past week that threw 12 passes,” Withers said. “So, we’ll find out whether or not we’ve grown up. That will be the big challenge this week, and this team runs the ball well too. So, it’s not like it’s going to be a throw fest. It’ll be a ‘can you stop a talented running back and can you stop some talented skill guys?’”

After playing Louisiana and Georgia Southern within five days of each other, the Bobcats received a few extra days of rest before hitting the practice field to get ready for ULM.

“Usually this time of year, you’re trying to use those days to get back healthy,” Withers said. “So, that’s basically what we were able to do is try to get ourselves back healthy. When you play, I think it was 12, 13 days where you play two games in that amount of time, you need to time to get off your feet. You don’t want to go out and do too much extra. So, Friday and Saturday, our players were off — Other than treatment and trying to get ready. We kind of started back our game week (Sunday) night like we normally do.”