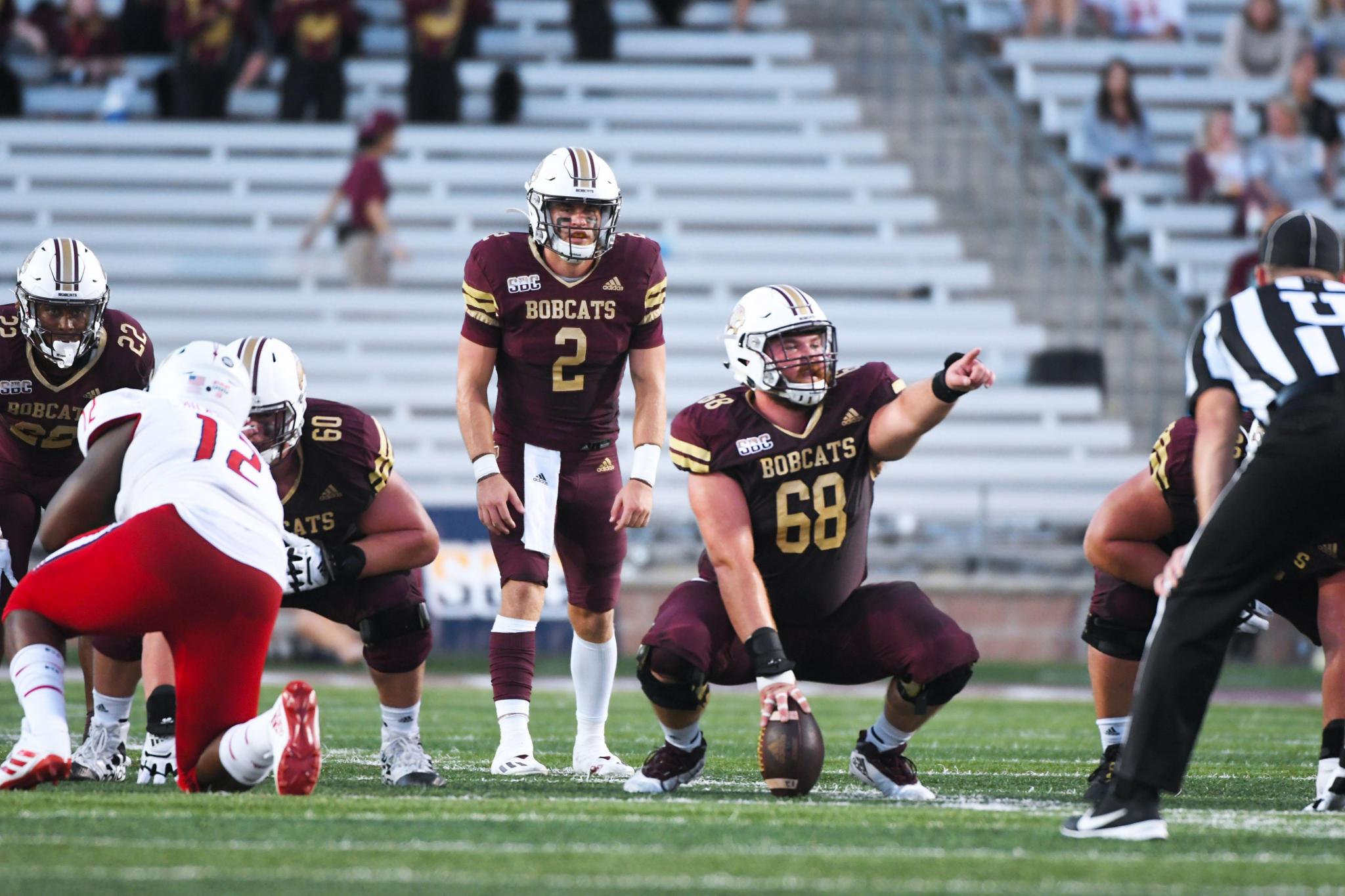 Texas State had just defeated the Jaguars at home in quadruple overtime, 33-31. In the postgame press conference, McBride was asked how the Bobcats could keep the cohesiveness the team exhibited in its next matchup against the Trojans.

“I feel like we gotta get revenge on Troy,” McBride said. “Last year, we kind of played down, we didn't have a good game versus them. So I feel like we're going to enjoy this (win) tonight, come back tomorrow, get ready to work and then we'll go from there. That's really the mindset.”

The truth is, the maroon and gold haven’t had a good game versus Troy in decades. The Trojans lead the all-time series, 10-1, dating back to when both programs were still Southland Conference members playing in the FCS. Texas State’s last win in the series came on Oct. 4, 1997, taking a 31-17 victory in San Marcos.

The two sides have faced off six times since the Bobcats joined the Sun Belt in 2013, Troy taking every game with an average margin of victory of 26.8 points. The closest Texas State came to winning was on Nov. 17, 2018, when the team scored the only touchdown of the game but gave up four field goals to lose in Troy, Ala., 12-7. Then-head coach Everett Withers was fired the next day.

Current head coach Jake Spavital hasn’t fared any better against the Trojans. The maroon and gold fell at home to Troy in 2019, 63-27, and last season on the road, 37-17.

“We've got a challenge in all three phases,” Spavital said after Tuesday’s practice. “I think that Troy is now starting to kind of get their mojo going right now. They're starting to get healthy and they're starting to do some really good things and we're expecting their best game.”

South Alabama presented a tough challenge for the Bobcats last week, ranking as a top-25 defense in the FBS. Troy presents an even tougher one, ranking seventh in the country allowing just 273.0 yards per game.

The Trojans are led by redshirt freshman Javon Solomon and sophomore Richard Jibunor, who anchor a defensive line that’s averaging a nation-high 4.5 sacks and 9.8 tackles for a loss per game. Solomon and Jibunor alone have combined for 13.5 sacks and 18 TFLs.

“You put on the 2019 tape of (Troy) and it's a lot of the same bodies running around,” Spavital said. “They're making plays and they just added a lot more depth, a lot more length in their pass rush. They've got some good transfers from Auburn, Michigan and Iowa in there that are pretty solid players now. So it's gonna be a very tough challenge for us from an offensive perspective.”

Troy’s normally potent offense has suffered a bit of a down year in 2021. The team is running for 97.5 yards per game and 3.3 yards per carry, both the third-lowest marks in the conference. Starting quarterback Taylor Powell missed last week’s game with an injury, but sophomore backup Gunnar Watson looked sharp in a 27-24 win over Georgia State.

“You know, we haven't played them very well,” defensive coordinator Zac Spavital said. “And obviously, after a win we had early in the year, playing at more of a tempo-high pass offense, we didn't perform very well. So we've got our hands full. They've got a lot of experience. It seems like it's the same team we've played for two years … But they're gonna put you in a lot of uncomfortable settings with tempo, they're gonna spread the ball around, the ball's gonna go all over the field.”

Texas State (2-3, 1-0 conference) hosts Troy (3-3, 1-1) on Saturday at 2 p.m. inside Bobcat Stadium, the game broadcasted on ESPN+. A win for the maroon and gold would give the program its first winning streak since 2019 and its first-ever 2-0 start in Sun Belt play.

“It's something that we have in the back of our mind,” senior linebacker Sione Tupou said. “We know that they're tough opponent, we know that they've been a thorn in our behind — that's kind of the analogy that we've been using. You know, just need to take the thorn out.”