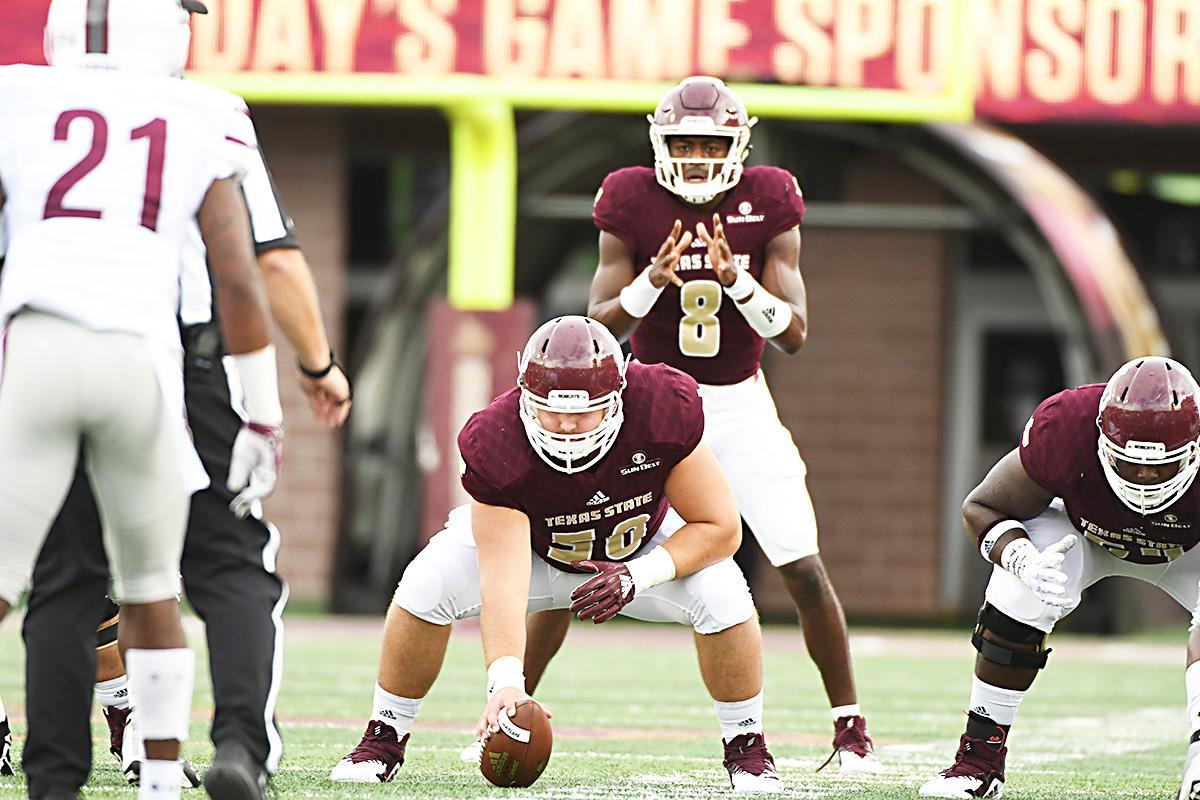 Texas State begins Sun Belt play a week earlier than most conference teams for the second year in a row.

The Bobcats (1-1) and South Alabama (0-2) meet Saturday at 6 p.m. inside Ladd-Peebles Stadium in Mobile, Ala. for the first conference game of 2018 — the only Sun Belt game this week. Last season, Texas State kicked off conference competition a week earlier than six other teams when it played Appalachian State on Sept. 14, 2017.

Head coach Everett Withers said playing an earlier conference game is a welcomed trade-off with the introduction of the Sun Belt championship game this season.

“Having a conference championship game, I think (Sun Belt commissioner) Karl (Benson) has done a great job setting this conference up to where now it’s at that level where you need a championship game with the talented teams in this league,” Withers said. “So, the offset of that is you have to play some conference games early and it is what it is.”

If Texas State wants to have any thought of reaching that Sun Belt title game, it’ll have to get off to good start when it travels to South Alabama.

The Jaguars present a tough challenge with new head coach Steve Campbell, and a new coaching staff. Withers said he wasn’t too familiar with the staff but Texas State has been watching tape from Campbell’s time at Central Arkansas.

Additionally, South Alabama hasn’t settled on a quarterback and has been a three-man rotation. The Jaguars have played seniors Evan Orth and Cole Garvin and redshirt freshman Cephus Johnson during the season. Texas State expects to see all three signal callers on Saturday.

“They’re all talented,” Withers said. “They all have a different skill set, so we’ve got to be ready for all three, again. Like you said, it’s a conference game … Playing an early conference game, where you don’t know much about what you’re going to see because of body of work is tough. But I think it’s good.”

Although the Bobcats begin the conference slate earlier than most Sun Belt teams, the Bobcats welcome the challenge of taking on South Alabama earlier in the year.

“I love that we play a conference game kind of mixed in our non-conference schedule,” senior kicker James Sherman said. “You get that chance to get that little bit of taste of what it’s going to be like the rest of the season because like coach Withers says, ‘It counts too.’ It counts one in the win column for the winning team. It counts one in the losing column for the losing team. So, there’s a lot more out there.

“I think the opportunity we have this week to go down and go win our first conference game on the road is a great opportunity. I think we’ve got a lot of a lot of stuff we got to do this week to get better and prepared for that. But I think we have 120 guys on our team that are willing to do that and they’re getting ready and excited.”