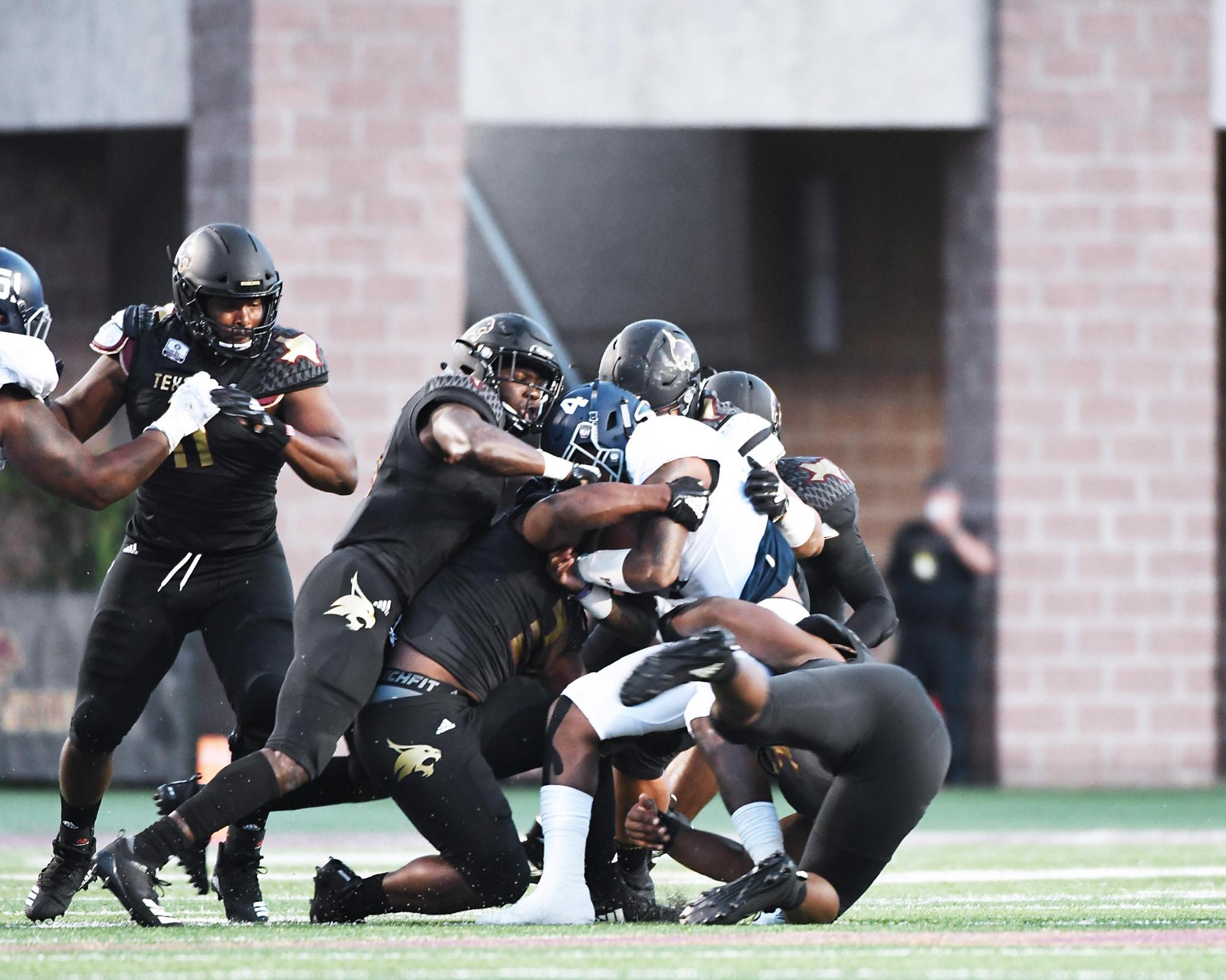 Saturday may be a non-conference game for Texas State, but it won’t have that feel.

Only a few months removed for the Sun Belt, New Mexico State comes to San Marcos to take on the Bobcats during homecoming at 6 p.m. inside Bobcat Stadium.

Head coach Everett Withers says it’s good that the Bobcats have a history with the Aggies.

“You hate to go play a non-conference game right now in the middle of the year that you didn’t know that opponent and we’re lucky, or unlucky, whatever it is,” Wither said. “At least we have some last year’s tape on them from our game and some conference opponent games that we can watch and study and that’s what we’ve been doing.”

Last season, New Mexico State came to Bobcat Stadium and defeated Texas State, 45-35. The Aggies were on a historic run that ultimately led to their first bowl appearance in 57 years. NMSU went on to defeat Utah State, 26-20, in overtime in the NOVA Home Loans Arizona Bowl.

But the Aggies will look much different on offense without 2017’s starting quarterback Tyler Rogers and running back Larry Rose III.

NMSU hasn’t been much better defensively. The Aggies are near the bottom in rushing defense. They give up 273.3 yards per game, which is No. 126 out of 129 FBS teams.

Despite NMSU’s struggles, Withers said the Aggies have done some good things this season.

“(Head coach) Doug (Martin) has done a really good job with that team,” Withers said. “I know early in the year, the struggles and trying to put it all together, losing a lot of those guys off of that team coming off a bowl victory over Utah State last year. That was a really explosive team. You see the capabilities in this offense still. The ability to do some things, run the football, be able to throw the football down the field. This is a five-out Texas Tech empty, they’re going to run it occasionally just to keep you honest. But when they run it, they run it with a purpose.”

Martin said Saturday’s game will be an interesting one for the Aggies.

“I think Texas State is playing really, really well defensively,” Martin said at his weekly press conference. “When you look at their games, I mean, they’re in almost every game. They held Georgia Southern to 15 points and Georgia Southern did not run the ball well against them. Very good defensive football team. They play with a lot of speed. A lot of different schemes defensively.

“... And then offensively, they’re a very young football team. They keep getting better. I think the last game they probably played one of their better games. We’re going to have to play extremely well on offense to get the points that we need, and obviously, we need our defense to play much better than we have the last couple weeks if we’re going to have a chance.”

Texas State junior defensive end Ishmael Davis said NMSU is a good team that the Bobcats have to ready for.

“If we don’t come prepared, I mean, it could affect us,” Davis said. “So, I mean, we’re just going to pack the gameplan, make sure everything is right, everyone knows their job.”