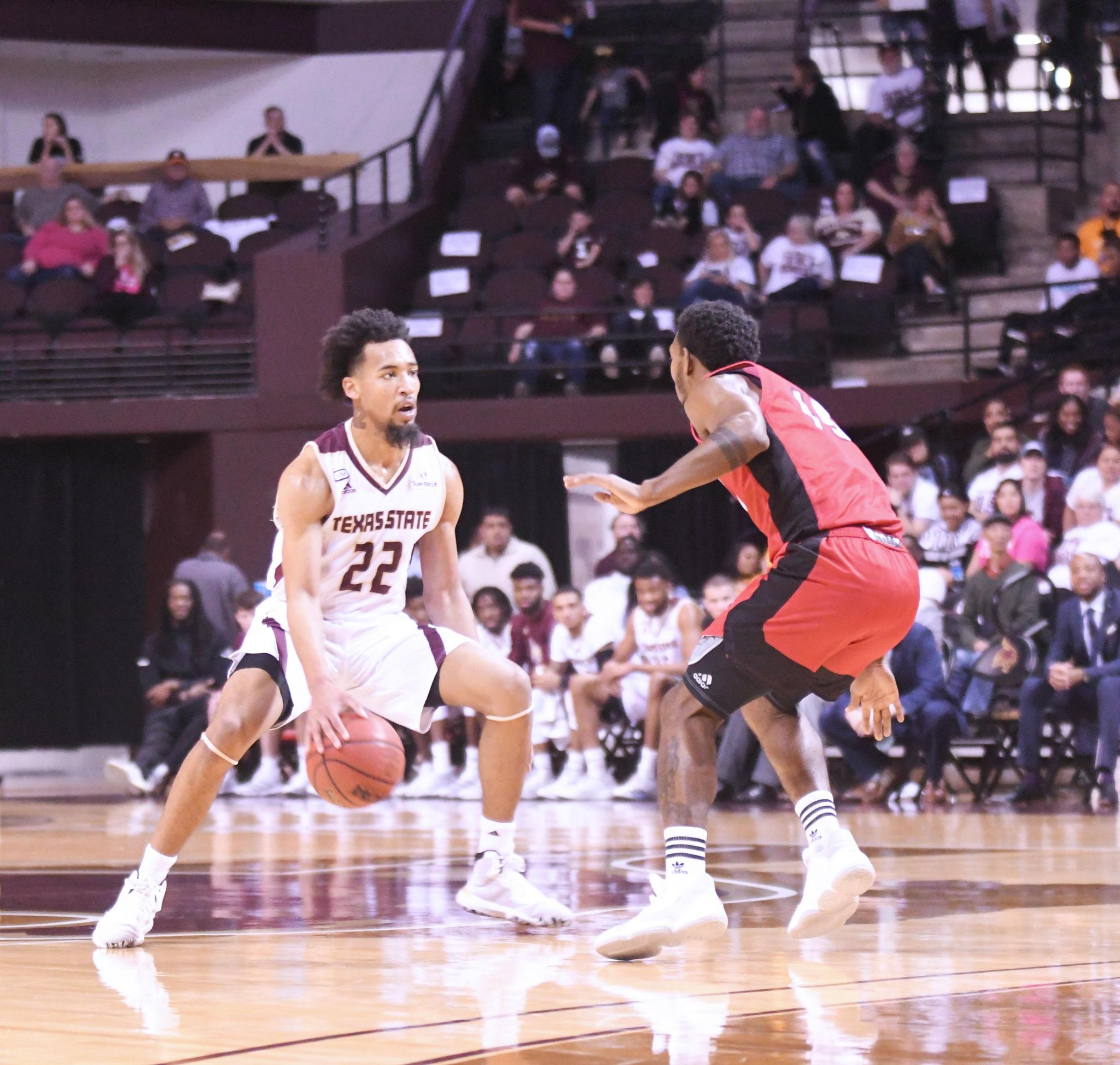 The Bobcats had just took their most dominant win of the Sun Belt season, drubbing Coastal Carolina on the road last Thursday, 100-63 — the first 100-point outing of the Danny Kaspar era and the maroon and gold’s first triple-digit game against an NCAA Division I opponent since Dec. 3, 2011, in a 103-76 victory over Houston Baptist. They had traveled to Boone, North Carolina, to prepare for Saturday’s game against Appalachian State.

But they’d have to take on the Mountaineers without Pearson. The senior guard had to leave the team for the birth of his first child.

“He came in there, it was kind of emotional,” sophomore guard Caleb Asberry said. “You know, you could tell Nijal wanted to play. And it kind of — you know, I wouldn't say everybody was down, but everybody felt that. They kind of felt his energy.”

Pearson was driven to Charlotte Douglas International Airport around 10:30 p.m. that night for a 7 a.m. flight the next day. He announced the arrival of his 9-pound, 7-ounce “princess” on Twitter at 12:42 p.m. Texas State tipped off with App State three hours and 18 minutes later.

The Bobcats built an 18-point lead on the Mountaineers with 3:17 left in the first half, but the hosts closed the period out on a 13-0 run to narrow the gap. App State junior guard Justin Forrest sank a 3-pointer with 19.1 seconds remaining in the game to put the team up 60-57. Asberry launched a game-tying shot from the right wing at the buzzer but the ball rimmed out, resulting in a loss for the visitors.

“My assistants and I talked about this,” Kaspar said. “If someone would have came to us and say, ‘Coach, you're not going to have Nijal for the Appalachian State game. The game is going to come down to the last 30 seconds. We're not going to tell you who wins, who loses, but it's gonna come down to last 30 seconds, and you don't have Nijal,’ would we take it? And the answer is yes.”

The Pearson-less defeat has emboldened Texas State in a way. The team now knows it can compete in the conference, even without its leading scorer.

And with their leading scorer, the Bobcats might take down the top team in the Sun Belt.

Little Rock (18-7, 12-2 Sun Belt) has been one of the biggest surprises in college basketball this season. The team was voted to 11th in the league’s preseason Coaches Poll, receiving 32 points, but is currently one of just five D1 schools with 12 or more wins in conference play.

The Trojans give up just 30.9 rebounds per game to opponent, the fewest in the Sun Belt. Six-foot-10 junior forward Ruot Monyyong works as a windshield wiper on the glass, leading the league with 10.2 boards per game and ranks sixth in the nation with 8.08 defensive rebounds per game.

Little Rock boasts the No. 3 scorer in the conference in sophomore guard Markquis Nowell, averaging 17.5 points per contest. Sophomore forward Nikola Maric and freshman guard Marko Lukic both were both absent in the Trojans’ 72-68 home win over the maroon and gold on Jan. 2, each serving a 16-game suspension, but have since returned to the rotation. Both players are shooting over 40 percent from deep through nine games this year.

“In terms of talent — I told our players today, this is the most talented offensive team we're gonna face, you know, in terms of firepower,” Kaspar said.

Pearson was back with the team on Tuesday and went through practice with the Bobcats.  He needs 12 points to crack 2,000 for his career.