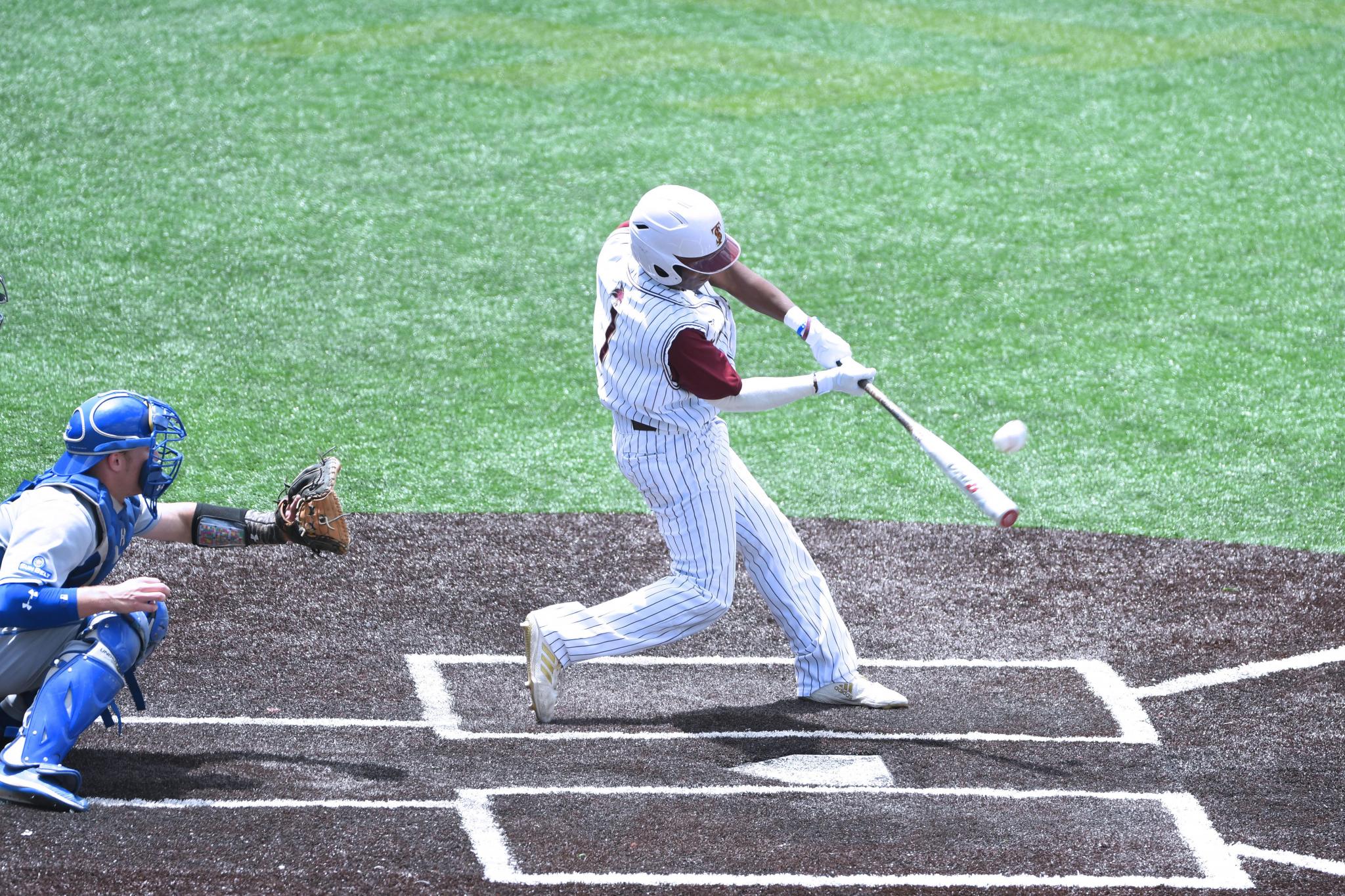 Steven Trout wants his team to remember the feeling of losing — the disappointment of last year’s Sun Belt tournament, in which Texas State was eliminated after being upset in back-to-back games as the No. 1 seed, and the sting of being one of the first four teams left out of the NCAA tournament.

But he also wants the Bobcats to remember the feeling of winning. The highs of claiming their first-ever Sun Belt regular season crown and the long road it took to get there, going 36-20 overall and 20-10 in league play in 2019.

The second part is crucial to Trout. Mainly because he wants them to experience it again.

“People aren't expecting that to happen. They think it was a one-time thing and then you know, five years later, maybe win another one. And it's not just going to happen because, you know, we roll out a couple of the same hitters and a couple of the same pitchers. It's gonna happen because we work harder. And like I told (the players), ‘We want to do something that's never been done here before. And if that's the case, you gotta work like nobody's ever worked here before,’” Trout said. “I think that's carried over into this year's team, the fact that they expect to win.”

Trout hasn’t missed a beat since taking over the program for former head coach Ty Harrington on July 1. He was already serving as the team’s recruiting coordinator at the time and brought in 11 high school seniors and four junior college transfers as part of the maroon and gold’s 2020 class. Trout described the summer recruiting period as “the most normal” thing he’s done since being promoted from associate head coach.

He scheduled fall workouts for the first time, with a focus on trying to get the team as healthy as possible. Trout noted the players have put a lot of effort in improving their nutrition and weight room habits

But truthfully, the biggest change for him has just been “a little more paperwork in the office.”

“Coach Trout's obviously a gritty, blue-collar guy who pushes us harder every single day. And I think every single one of us has benefitted from it,” senior outfielder/designated hitter Will Hollis said. “It's been awesome. It's been a smooth transition.”

Texas State boasted a 4.84 ERA as a team last year, the second-best mark in the conference, and allowed just 301 runs, the fewest in the league. But to sustain last season’s elite defensive numbers, the Bobcats will have to rely on some fresh faces.

The team’s full weekend pitching rotation was gobbled up in the 2019 MLB First-Year Player Draft, as Hunter MacMahon (ninth round), Nicholas Fraze (22nd round) and Connor Reich (31st round) all went pro.

The losses leaves senior right-hander Zachary Leigh as the only player on the roster who started in a game last year. And it was just a game — Leigh mainly worked as a closer last season, compiling six saves in 21 appearances and starting in one game.

Leigh did start in nine games in 2018 and Trout plans to make him the maroon and gold’s Friday starter. The senior developed a new breaking pitch over the offseason to deepen his bag of tricks. But the most important thing for Leigh as a starter, Trout says, will be to pace himself. As a closer, Leigh could put his full power behind every throw. Now, he needs to last five to seven innings.

Senior lefty Wes Engle redshirted last year while recovering from surgery, but will bring experience to the mound for Texas State this season. He holds a 3-5 career record with a 6.30 ERA in 38 appearances over three years, including 22 starts.

“And then, you know, it's a mixture of guys,” Trout said. “It's a mixture of younger guys that were freshmen and sophomores last year, developing into our system. And then some of the new guys we brought in with (junior RHPs) Trevis Sundgren and Tristan Stivors and guys like that who have thrown well for us. And then, you know, there'll be some freshmen that get the ball as well. And so it'll be a lot of new faces. We've got five games in the first week, so they're going to get their chances and we'll go from there.”

Offensively, the team retains most of its batting lineup from 2019. Eight of the team’s top-10 hitters return this year. Hollis was voted to the 2020 Preseason All-Sun Belt Team after swinging for .320 with a .520 slugging percentage in 200 at-bats.

The biggest positional battle lies behind the plate. Sophomore catchers Peyton Lewis and Colton Moore waited in the wings behind long-time starter Felipe Rodriguez last season, but graduate transfer Tucker Redden is also expected to compete for the job. Trout initially brought Redden in from Houston to pitch for the Bobcats, but an offseason arm surgery forced him to move back to catcher.

“It's still a battle of who's going to kind of take over that role. But Tucker has been good early,” Trout said. “(Sophomore infielder) Wesley Faison and (junior infielder) Cole Coffey are a few other guys that have been around the program for a long time and haven't got, you know, consistent at-bats throughout, but they're going to probably get consistent bats this year. And so, I'm excited to see those guys step in.”

Texas State plays five games in its first seven days of the season. Trout’s looking forward to seeing the team in action and figuring some in-game scenarios out. He said at his introductory press conference he still plans to coach from third base.

The maroon and gold open the 2020 season on Friday at 6 p.m. against Stony Brook inside Bobcat Ballpark. Hollis said the team is ready to compete for another championship.

“I don't feel like there's any pressure on us. We're just going to go out and play our game. Having all that success last year has been more of a motivator,” Hollis said. ”(I'm excited about) getting out there with the guys. (I want) to make a regional and then after that, we'll see how it goes.”