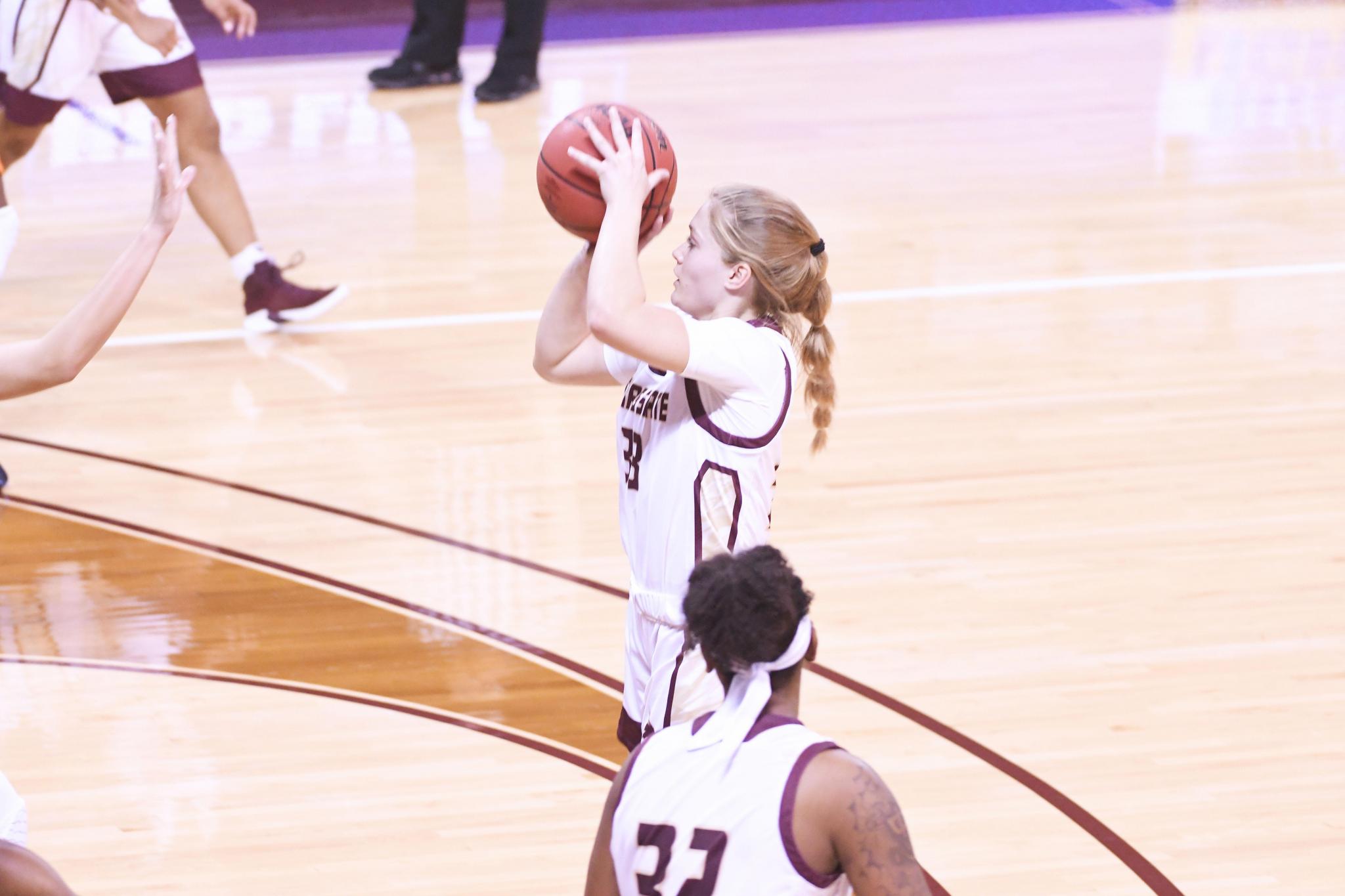 A huge game-opening run by TCU left Texas State in the dust.

The Horned Frogs put up 17 points in the first five minutes of Sunday’s game against the Bobcats in Fort Worth. The maroon and gold missed five field goal attempts and turned the ball over five times during the stretch, failing to score a point and falling behind 17-0 just halfway through the first quarter.

Senior guard Bailey Holle finally halted the run at the 4:35 mark of the period, hitting a 2-pointer to get the Bobcats (6-4) on the board. Sophomore guard Kennedy Taylor drained a trey on the next trip down, assisted by senior guard Brooke Holle, to cut the lead to 12.

Texas State did outscore the Horned Frogs in the third quarter, 19-14. Bailey Holle sank a triple off a dish from Taylor to begin the quarter and scored another four points. Freshman forward added another four.

Still, the Bobcats couldn’t ride the momentum as the hosts took the 79-52 victory.

Taylor led the team with 13 points and six assists while tying with Johnson for a team-high two blocks. She was followed by sophomore forward Da’Nasia Hood with 11 points. Brooke Holle posted a team-high seven rebounds and two steals to go along with her three points.

Texas State will return for their first home game in over three weeks on Monday, Dec. 30, to play Alcorn State inside Strahan Arena at 7 p.m. It’ll be the Bobcats’ final non-conference game of the season.