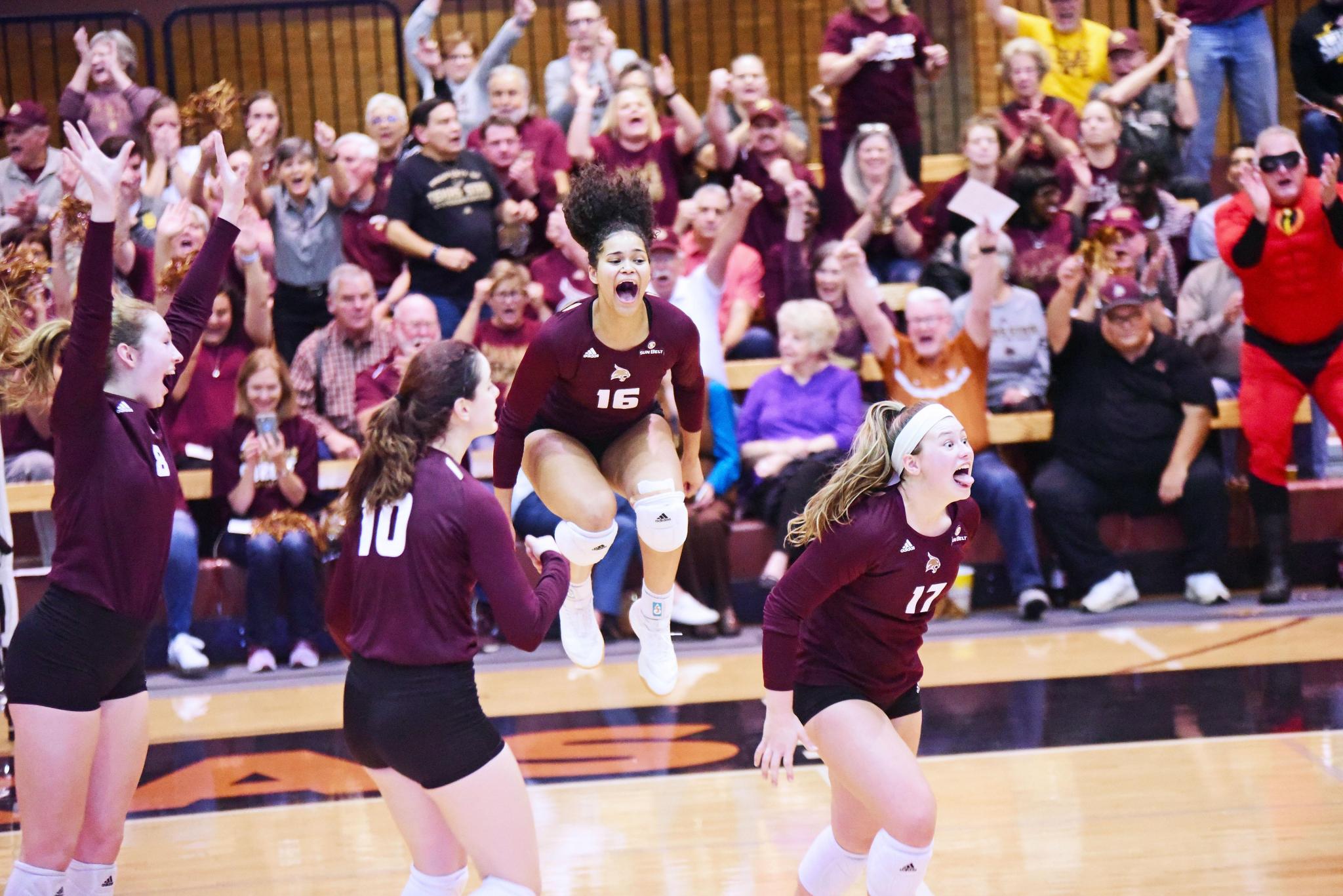 Texas State Volleyball released its schedule for the 2020 season, featuring nine matches at Strahan Arena, 10 on the road and five against 2019 NCAA tournament teams.

The Sun Belt delayed the start of fall competition to Sept. 4 and also scaled down the amount of conference games played. Each school will play a home-and-home series with five other teams.

“We knew that there were going to be some changes to our schedule and as much as we did not want things like this to happen, we understand and are grateful to be having a season,” head coach Sean Huiet said in a statement. “This team knows what our goals are and those goals will not change regardless of when we start or what our schedule looks like.”

The Bobcats will begin the year at the Tulane Invitational in New Orleans, taking on Alabama on Sept. 4 at 4 p.m, then Tulane and Stephen F. Austin the next day at 12:30 p.m. and 4:30 p.m., respectively. Texas State will follow it up with its first home game of the season against NCAA Final Four participant Baylor on Sept. 8 at 6 p.m.

The Creeds & Crests Classic will feature meetings with UT-Austin on Sept. 10 and SMU on Sept. 11. The Bobcats will play one more time inside Strahan Arena against Texas A&M on Sept. 15 at 6 p.m. before heading to Houston for the Rice Invitational, where they’ll play Houston Baptist on Sept. 18 and Rice on Sept. 19.

Sun Belt play begins on Oct. 2, when Texas State will host Louisiana-Monroe, then Louisiana the next day. The maroon and gold will also see matches against Arkansas State, Little Rock and UT-Arlington during conference competition. The regular season ends on Nov. 14 in a road meeting with the Ragin’ Cajuns.

“The one thing that will be so different is that we will not play anyone from the East side until the tournament and when we get there, we all know anything can happen,” Huiet said. “As a staff, we have been telling the team not just to stay in shape, but also to stay mentally tough. That is something our culture is built on, being Bobcat tough and having a championship mentality at all times no matter what type of opposition we face.”

The league tournament is scheduled to take place in Troy, Alabama, from Nov. 20-22. In total the reigning Sun Belt champion Bobcats will play 11 fewer regular-season games than they did in 2019.