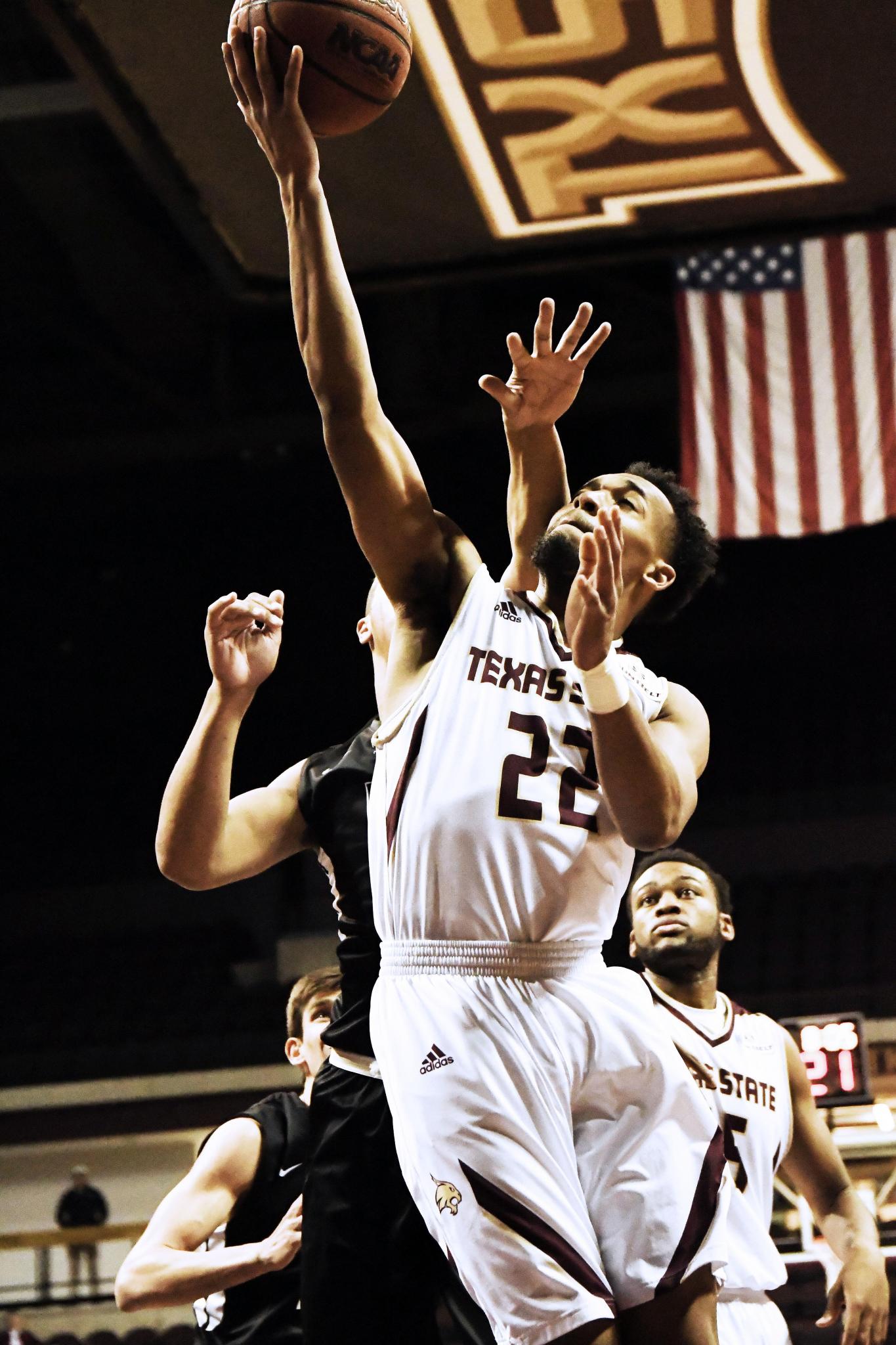 Texas State was picked fourth in this year’s Sun Belt Coaches’ Poll, earning 110 points and one first-place vote, the conference announced on Friday.

Senior guard Nijal Pearson was voted to the All-Sun Belt First Team and was the only Bobcat to get preseason all-conference recognition. Pearson was a First Team selection at the end of last season, averaging 16.4 points, 5.4 rebounds and 1.4 assists per game. Jaguars redshirt senior forward Trhae Mitchell was named Preseason Sun Belt Player of the Year.

The maroon and gold were historically successful in 2018-19, winning a program record 24 games and losing 10, including a 12-6 record in league play. Texas State received a postseason invitation to the CollegeInsider.com Tournament, but were knocked out of the first round at home by Florida International on March 23, 87-81.

The Bobcats held their final scrimmage inside Strahan Arena on Friday, defeating Cameron, 91-54. Pearson led the team with 22 points. The team will tip off the 2019-20 season on Tuesday, Nov. 5 when it hosts Texas Lutheran at home at 7:30 p.m.