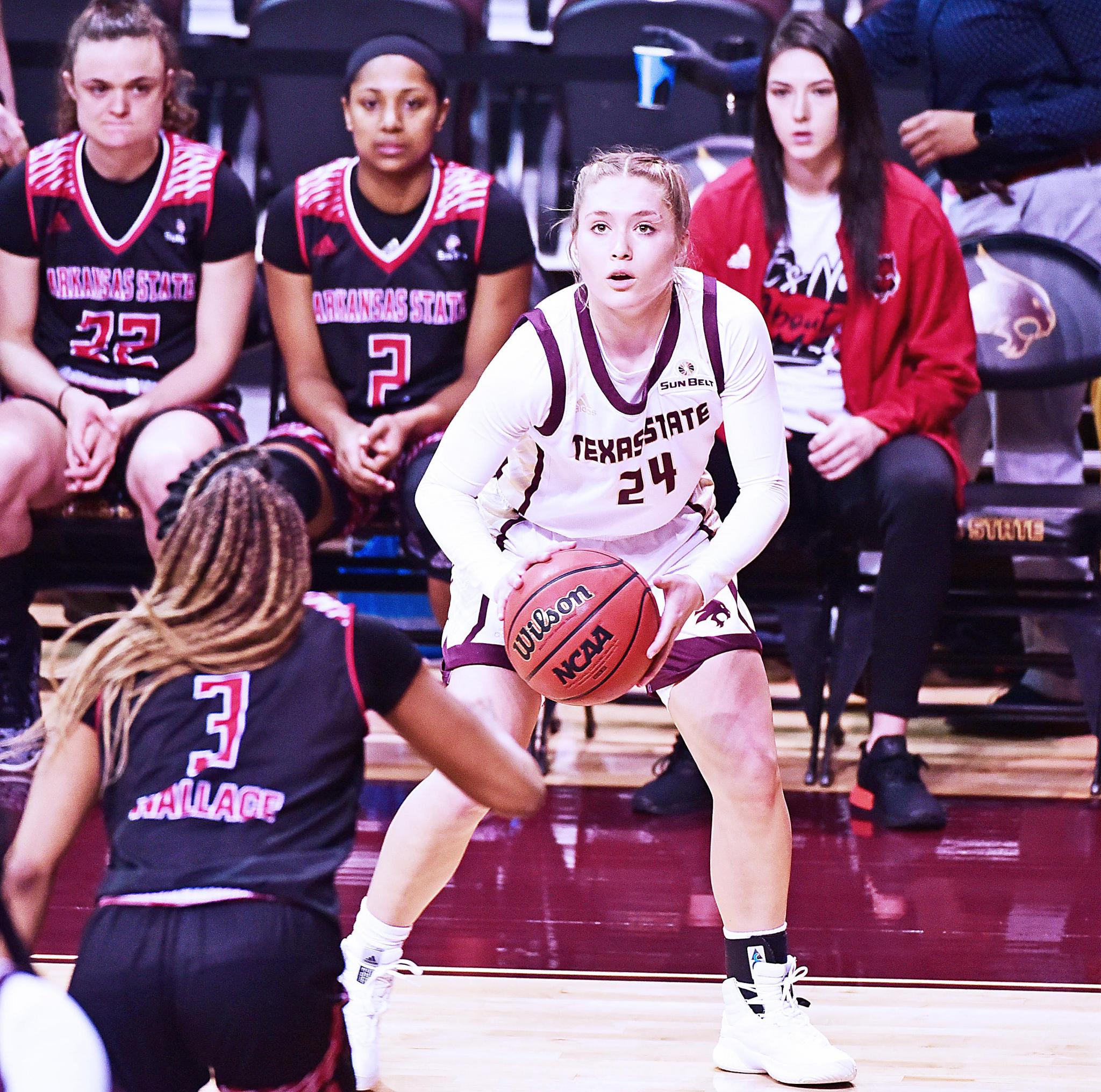 The Bobcats were predicted to finish ninth in the Sun Belt this season in this year’s Coaches’ Poll, the conference announced on Wednesday.

South Alabama junior post Antoinette Lewis was voted Preseason Sun Belt Player of the Year. No Bobcats were voted to any of the All-Sun Belt teams. The Jaguars saw the most players named to the preseason teams with Lewis and redshirt junior guard Savannah Jones both being selected to the First Team and senior guard Shaforia Kines joining the Third Team.

Texas State head coach Zenarae Antoine said at the team’s Media Day on Wednesday she was displeased senior guard Brooke Holle, who averaged 10.5 points, 6.4 rebounds and 2.2 assists as a junior, was left off the list.

The Bobcats finished last season with a 14-17 record, going 9-9 in conference play. The team’s season came to an end on March 13 when the maroon and gold fell to South Alabama, 68-67, in the second round of the Sun Belt tournament in New Orleans.

Texas State will return eight players from last season’s roster and welcome five newcomers. The Bobcats begin the season on Nov. 5, taking on Texas Lutheran inside Strahan Arena at 5:30 p.m.