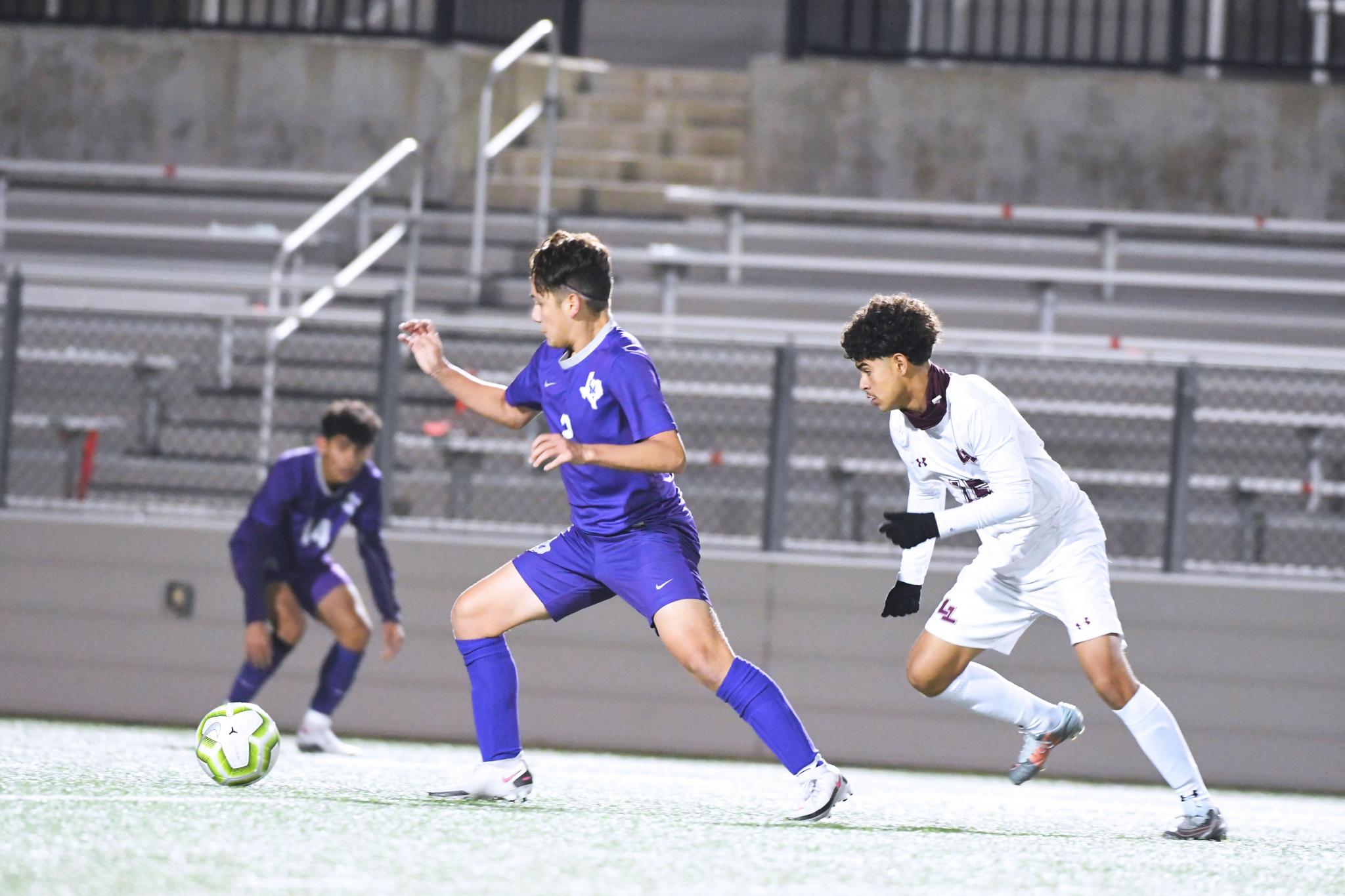 Melvin Molina usually serves as San Marcos’ go-to scoring option. But during the team’s match against Lockhart on Tuesday, the senior forward was more of a facilitator.

Molina dished out two assists and added another goal, helping the Rattler beat out the Lions inside San Marcos Toyota Rattler Stadium, 3-1.

“He was trying to get his team more involved and confident. So hopefully, maybe that’ll help us down in the stretch,” head coach Lisa Mazur said. “So I thought he was more involved.”

After a few missed opportunities at goal early on, the floodgates opened for the San Marcos offense during the last six minutes of the first half. Molina sent a through ball to a wide-open Jonathan Alvarado, who beat the keeper for the first score of the game.

The Rattlers earned a corner kick two minutes later. Molina sent in a cross from the left side of the pitch and found the head of Armando Barbosa, who put the ball in the back of the net. San Marcos pilfered the ball back immediately and Molina scored 15 seconds later to give the hosts a 3-0 lead heading into halftime.

“We were talking more than usual. And when one person received the ball, we all spread out and made some space for that one person to be able to have chances in order for us to move well,” Alvarado said. “Usually, it feels like sometimes we just rely on Melvin to score. So now we’re starting to learn to not just have a one-man team.

“Mostly it’s Melvin who’s our goal scorer. But lately, we’ve been working together. It’s just, a team can’t run with one person, so we’re trying a little bit better now,” Barbosa added. “We had good communication. They were moving the ball a little bit better than us but we had more chances. Melvin, he had pretty good chances, he assisted me in the corner. We did pretty good, overall. Better than usual.”

The team mostly tried to sit on its lead in the second half. Lockhart scored a garbage time goal in the last few minutes of the game, preventing the Rattlers from earning the shutout. But still, San Marcos went on to win its second game of the season.

“I thought we started off strong. There were some good combinations towards the end of the first half. It wasn’t pretty but it was a win,” Mazur said. “I don’t know, I think we just didn’t have the legs underneath us. We started fouling, we started getting chippy and I think we’re frustrated and tired. And the ball was in our half the majority of the game, the second half. So it was good to hold on and get the win.”

The Rattlers will travel to Converse Judson next Tuesday for a road match with the Rockets at 6:30 p.m. It’ll be San Marcos’ last contest before District 26-6A begins. Mazur said she wants to see improvement in the team’s contentness and fitness.