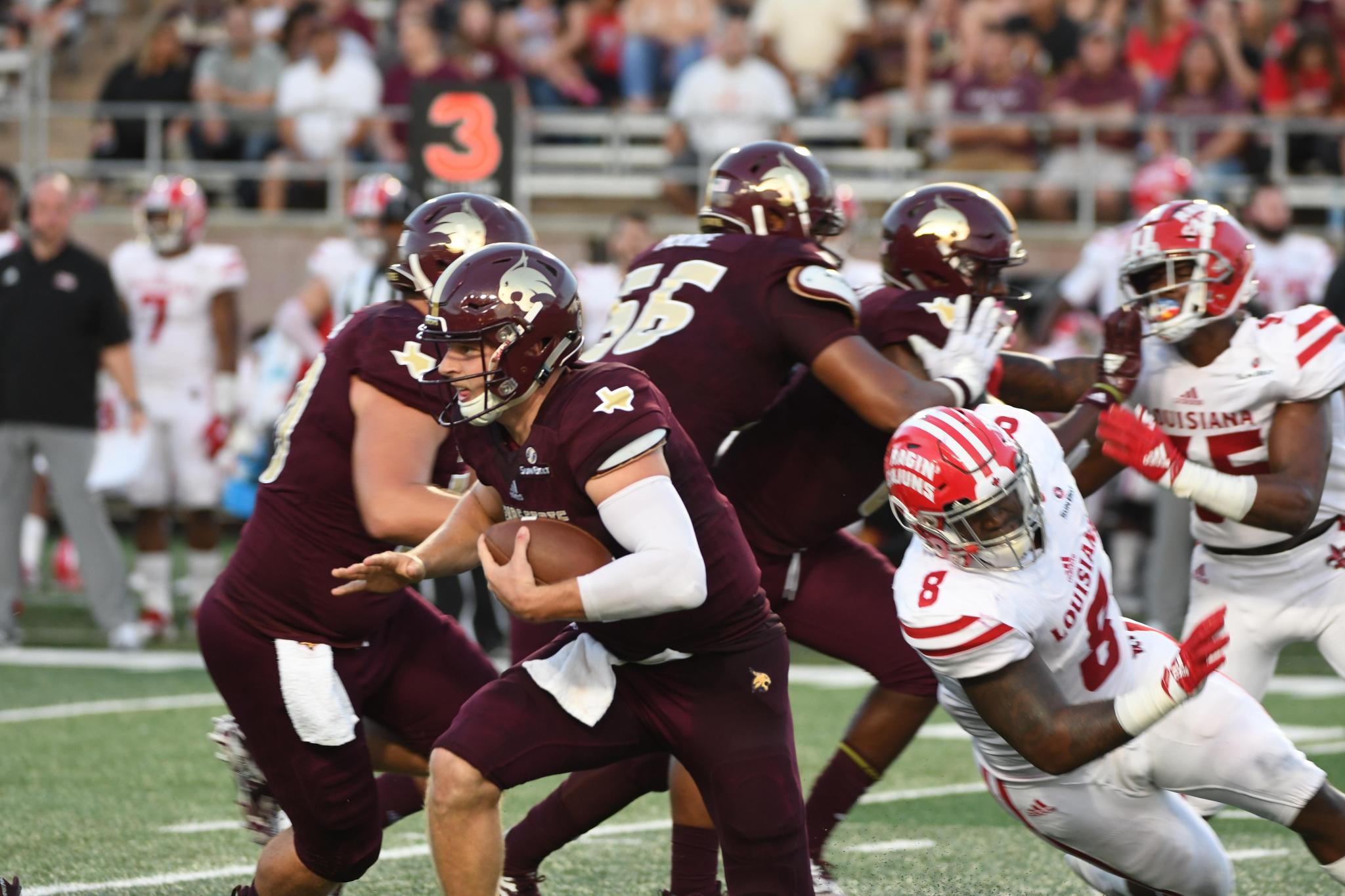 A slow start doomed Texas State’s chances on Saturday night, as the Bobcats fell to Louisiana, 42-27, inside Bobcat Stadium.

But after giving up 28 points in the first half, Texas State outscored the Ragin’ Cajuns 21-14 in the second, thanks to an uptick in production by the offense.

After sophomore quarterback Willie Jones III’s injury and freshman quarterback Tyler Vitt’s solid performance against UTSA on Sept. 22, no one was sure who would start on Saturday. Not even the Bobcats. Entering the game, Vitt and Jones were both were listed as potential starters on the two-deep depth chart.

Head coach Everett Withers ultimately called on the freshman. Vitt answered by leading the with the Bobcats best passing night of the year.

Vitt had just 72 yards passing after the first half, but stepped up in the second. Down 35-20 on the first play of the fourth quarter, Vitt found graduate senior Keenen Brown over the middle. Brown cashed in for a 27-yard touchdown, Vitt’s second of the evening.

“(Vitt) had a great game,” Brown said. “He sat in the pocket a little bit more. He stayed focused and he fought the whole game. He took big hits, he got right back up. He made the right reads.”

Vitt finished the night 28-39, airing the ball out for 296 yards and three touchdowns. It was the most yards and touchdowns a Texas State quarterback has thrown for in a single game this season.

White is listed as a receiver. But for the second straight game, the junior found Vitt open for a pass, this time for a five-yard touchdown. White’s last completion in the UTSA game was also to Vitt for 26 yards.

This is the third straight game White’s found the endzone, though he caught his last two scores. His connection with Vitt was evident on Saturday as he caught 11 balls for 60 yards.

“I had some great blocks from all my teammates,” White said. “(They were) just springing me free, really. I just did the easy part. So, it was good.”

For the second game in a row, the Bobcats struggled to run the ball. While the team did improve from taking 25 carries for 26 yards against the Roadrunners two weeks ago, Texas State still couldn’t find a rushing rhythm.

The Bobcats finished the game with 27 carries for 128 yards, averaging 4.7 yards per carry. Vitt led the way again with 17 attempts for 92 yards. Sophomore Caleb Twyford led all running backs with six rushes for 21 yards.