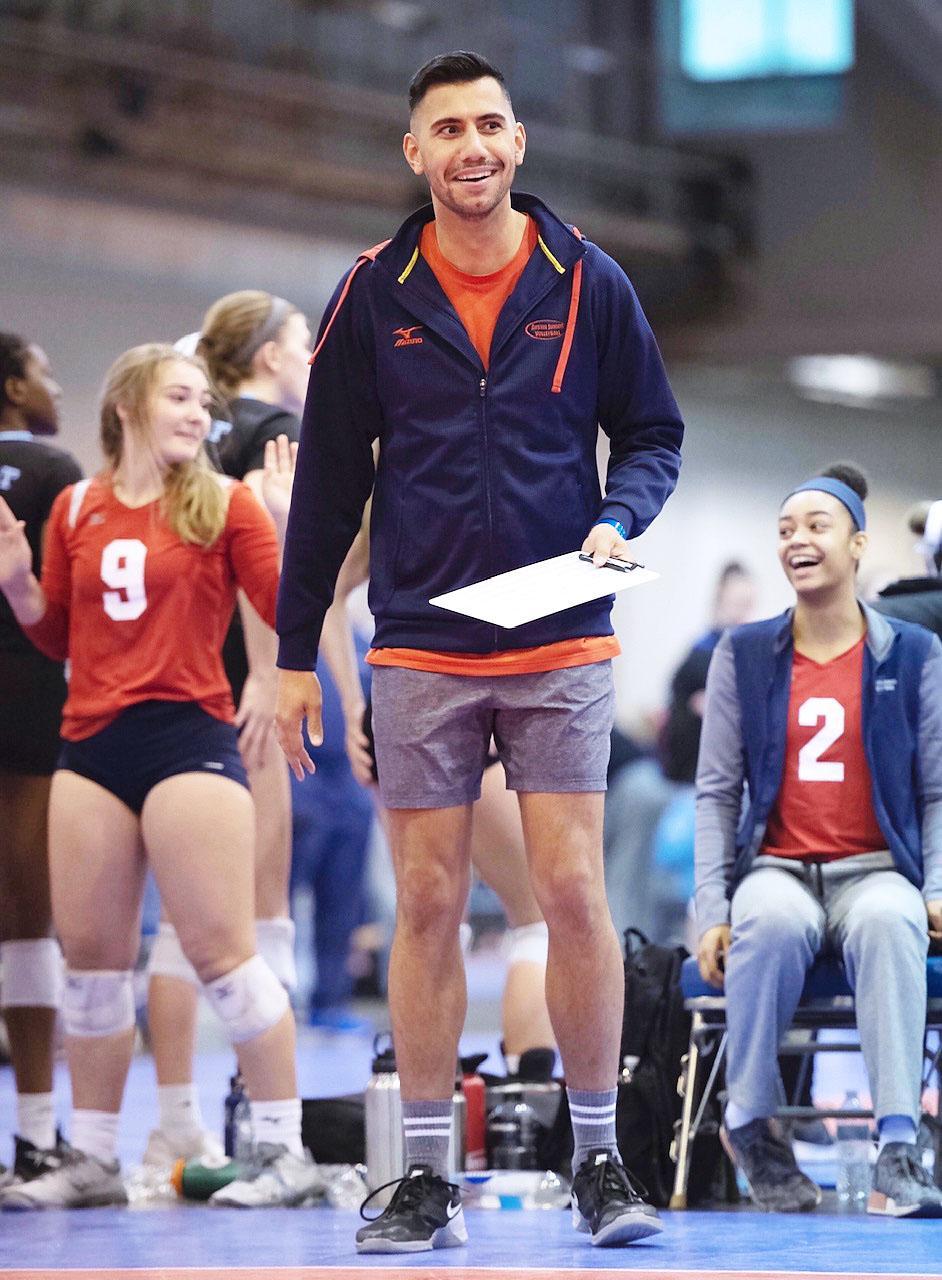 With a tip from Huiet, Te'o named SMHS head coach

Jared Te’o grew up in Fort Worth with his four little sisters. His father hails from Upolu, an island in western Samoa, and Te’o’s family often played volleyball in their back yard or at the beach. Te’o went on to play for the UT-Arlington men’s club volleyball team as a middle blocker and also medaled in the USAV Adult Nations tournament.

Huiet was his opponent on occasion.

“When I first moved to Texas (in 2006), I was playing a lot of volleyball and he's a very good volleyball player,” Huiet said. “And so we played against each other in some tournaments and just kind of had some mutual friends and became friends.”

After graduating from UTA with a degree in sociology, Te’o began coaching volleyball at virtually every level — club, high school, private school, middle school — though, never full-time. He stayed in touch with Huiet, who recruited a few players from Te’o’s club teams, and considers Huiet one of his closest friends.

“The volleyball scene, especially in the club and the college ranks, is very small,” Te’o said. “Like, everybody knows everyone.”

Te’o got his first full-time coaching gig when he was brought on as an assistant coach and recruiting coordinator for St. Edward’s University in Austin in July 2018. He helped the Hilltoppers to an 18-12 overall record but left in July 2019 to work for VMware, a software company based in Austin.

San Marcos confirmed to the Daily Record on May 20 that head coach Michelle Moreno would not return in the same role for the 2020 season. When Huiet found out, he immediately thought of Te’o.

“He's in Austin and he's close there and I wondered if he wanted to get back into coaching. Because he was at St. Ed's for a while and then he kind of got out,” Huiet said. “I just thought, ‘What a good opportunity for him’ at a location here’ where, again, I think it can be really good at volleyball.”

“(Huiet) had mentioned that there was an opening,” Te’o said. “And some of the girls that I used to coach in Dallas and some family friends knew (new San Marcos athletic director) John Walsh. So when he had moved down here and accepted the position, a few of our family friends from the Dallas-Fort Worth area had reached out to me and said that there was this opportunity down here if I had any interest. And as soon as I went down to the high school, I had heard great things from the Texas State staff about San Marcos, just in general. And seeing the campus, I was kind of blown away. Everybody was extremely friendly, which was super nice. I was just walking around and it was a lot of waves. It felt like, you know, a family environment. So I think as soon as I stepped foot on campus and met with Coach Walsh, I knew I wanted to be there.”

San Marcos announced Te’o’s hiring on Friday. He estimated he met with 10-15 of his players at the school before the district suspended its summer strength and conditioning program. Te’o said he didn’t have a chance to do anything but introduce himself to everybody, but that the team looked eager to get to work, “which was exciting.”

Like Walsh, Te’o’s coaching philosophy revolves around his relationships with players. He always admired his younger sisters’ coaches who took an interest in their holistic success — on and off the court.

He’ll be one of the few coaches at San Marcos coming from the collegiate level. Te’o said he sees a few parallels between the Lady Rattlers and Hilltoppers.

“We didn't have the same resources that a lot of the schools we would compete against had. And I think that's probably going to be similar,” Te’o said. “With San Marcos, we don't have a ton of girls that played club volleyball, so I love kind of getting to work with kids and kind of outshine and do better than what the expectations are. We did that at St. Ed's the two years that I was there and I think San Marcos has a lot of talent.”

Te’o’s top goal is to get the team back in the playoffs. He knows the team will be viewed as an underdog by the rest of the district, but he’s excited to show what San Marcos can do.

Huiet is ecstatic for Te’o. As a first-year head coach himself, he’s looking forward to seeing how the two of them can build up the volleyball culture in San Marcos.

“He really knows the game of volleyball. And like I said, he really does a good job connecting with the kids and getting them to buy into his system and what he's gonna do,” Huiet said. “I think he's gonna do well. I've always thought San Marcos is an amazing job, school, their facilities are awesome. And they have a ton of athletes there. So I think kind of with his training and his mentality, he's gonna get them developed and I think he's gonna do a really good job.”