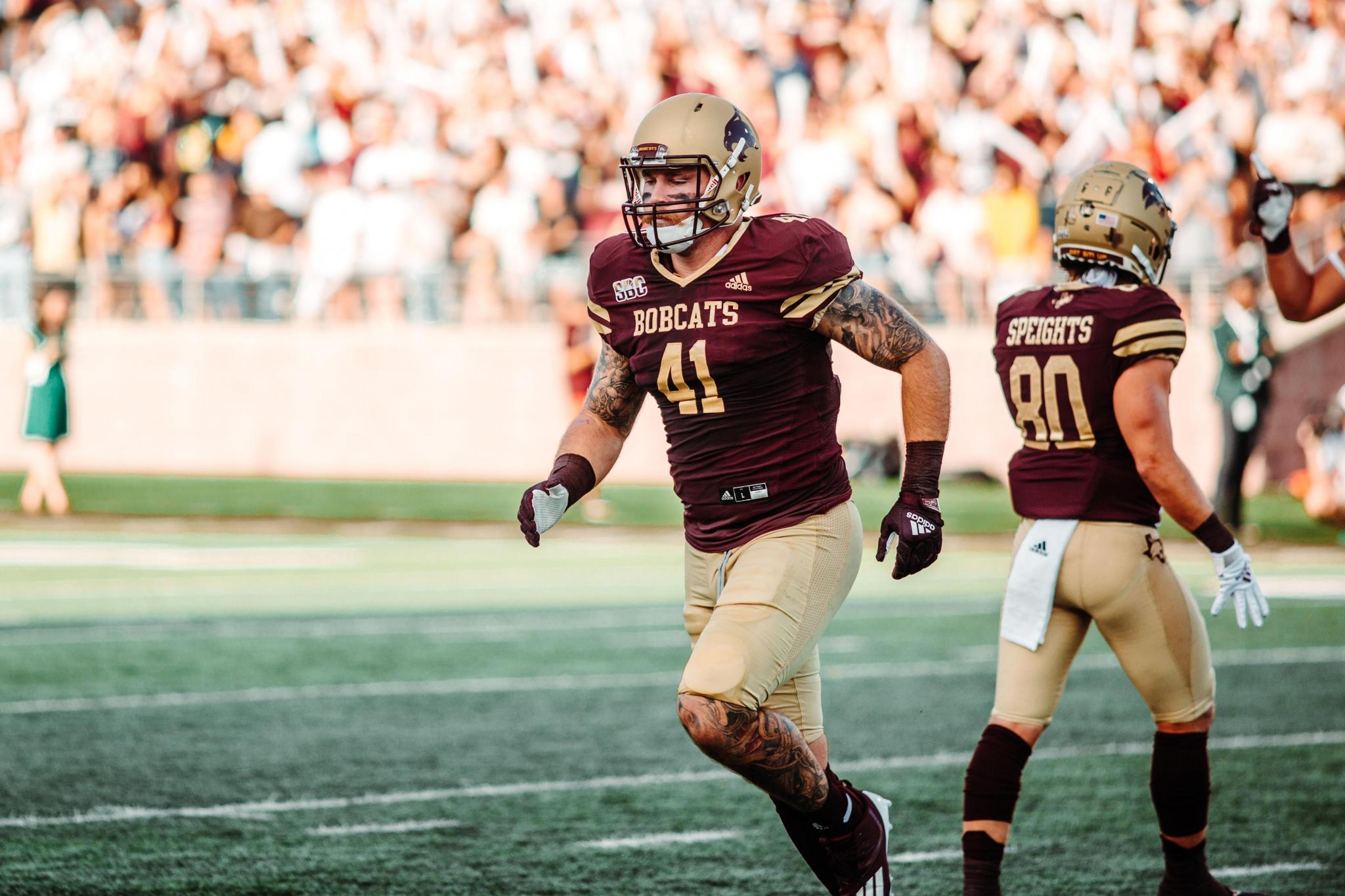 Six-year-old children living in the early 2000s had thoughts of only a handful of things: which Pokémon card was the coolest, how they could trick their parents into buying candy at the grocery store, learning hand-eye coordination while playing video games, and reciting the theme song to their favorite Saturday morning cartoon show.

No one that young was thinking about what they wanted to do when they became an adult. Those children weren't thinking about the next move upon high school graduation. It was about all flashing items and doing the opposite of what their parents said.

But Tyler Huff was different. He knew what his plan was. It was in his blood. It was the same one his father had. And grandparents, too. Even Huff's older brother had a similar destination.

Although Huff's plan wasn't officially signed, sealed, and delivered until after he graduated Tesoro (Calif.) High School in 2013, he had everything figure out by a certain date:

"It is one of my biggest, most known memories," said Huff, who was six years old when the events of 9/11 occurred. "I have a family history of (military) service, too, so once that happened, I was kind of locked in that I was going to go ahead and serve as well.

"My dad was a Marine when he graduated high school. He was a Marine for four or five years. Post-9/11, he actually joined the Army/National Guard and he got deployed to Iraq from 2007 to 2008, so that was another big contributing factor in why I joined. Just seeing him provided for his family and serving the country overseas. That's a huge sacrifice, especially going overseas to the Middle East like that."

Twelve years later, Huff stayed true to his word. He enlisted in the United States Navy and served his country overseas for four years. Mostly Japan, to be exact, on the U.S.S. George Washington and U.S.S. Ronald Reagan as an Aviation Boatswain's Mate – Aircraft Handling (ABH).

Huff and his crew served as "basically the fire department on the flight deck for any emergencies like fires or fuel spills, aircraft crashes and all that."

Huff described his four years of service as "great, but it's also like any other job in that it had its ups and downs.

"But joining the Navy straight out of high school, it made me grow up quick. I was 18 (years old) hanging around with 25-year-olds, so it made me become more responsible. It also really showed me how to have a work ethic. It taught me a lot of things, though. It was a great four years.

"You know, without those four years, I wouldn't have this opportunity that I have right now."

Saturday will mark the 20th anniversary of the terrorist attacks on United States soil. Huff, like so many collegiate football student-athletes around the country, will honor those 2,977 victims in different ways.

The Texas State football program will wear helmets with the outline of the Twin Towers and the New York City skyline outlined within the SuperCat logo on each side. A "9/11/01" plate will be placed above the facemask of each helmet. "No day shall erase you from the memory of time" written along the base. The name of 19 individuals either residents of or born in Texas will be printed within the helmet stripe that runs from the facemask to the base of the helmet.

It was a no-brainer which Texas State football student-athlete would debut the helmet to the public in the program's uniform unveil social media video: Tyler Huff, Petty Officer Third Class, United States Navy.

"We did a couple shots without the helmet," Huff said on the video shoot. "I didn't see the helmet yet, then Andrew (Johnson, head equipment manager) came in about 20-25 minutes into the shoot and gave me the helmet and … yeah, I was speechless. I didn't know it was going to be that … detailed. It was incredible."

When asked how he'll feel when putting on the helmet Saturday evening before Texas State's first-ever game against Florida International, Huff kept it simple.

"Man," he started. "This past gameday (against Baylor), I was in all the feels. From me having played only one year of high school (football) and finally living my dream now, Saturday will be that times 100, for sure. But I'm sure myself and my teammates, once they pull out the helmets and put them on, I'm sure we'll all be dialed in for sure.