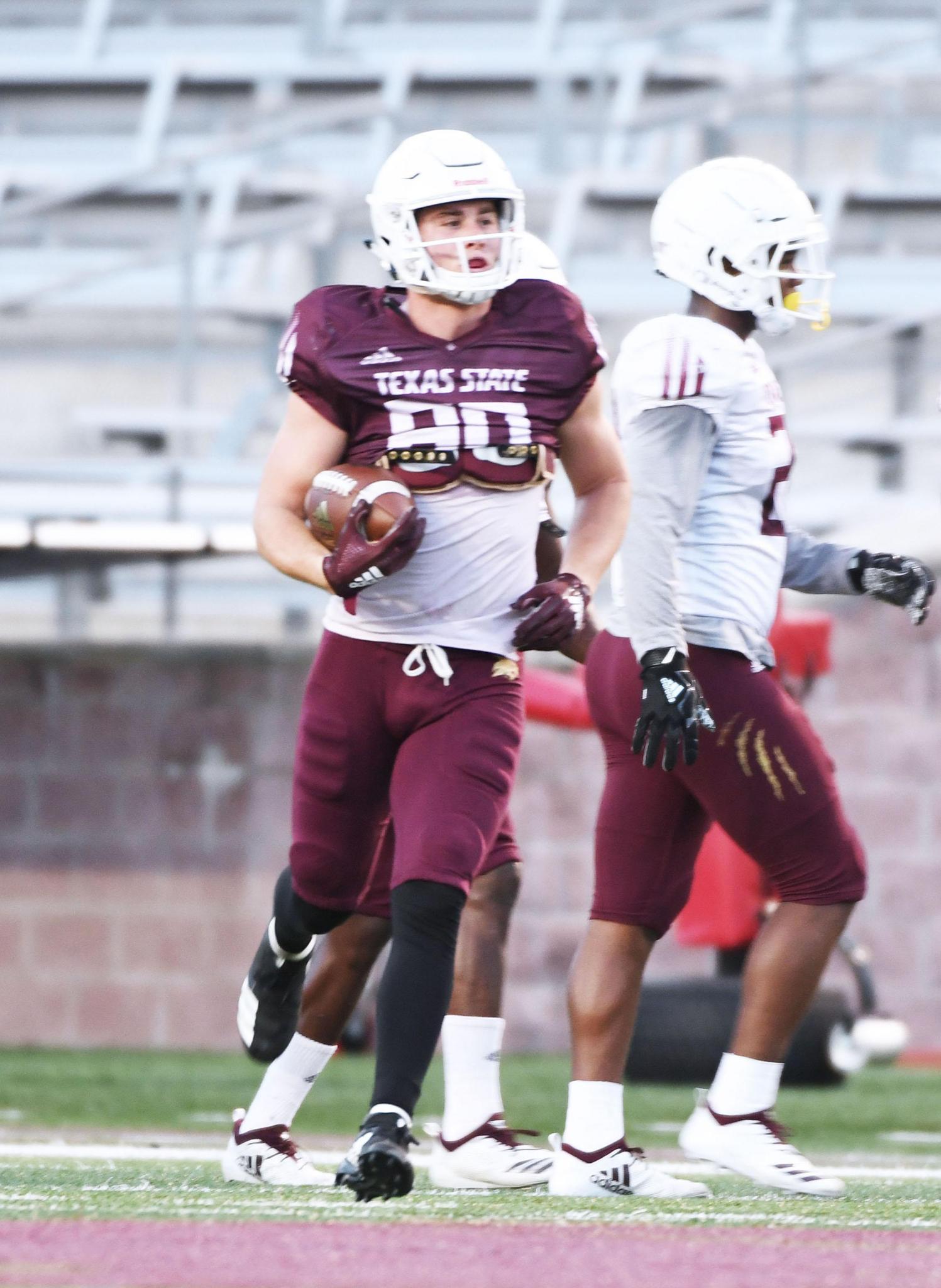 The award is named after Danny Wuerffel, a quarterback for the Florida Gators who won the Heisman Trophy in 1996. The trophy is known as “College Football's Premier Award for Community Service” and has been annually presented to the student-athlete who “best combines exemplary community service with athletic and academic achievement.”

To be nominated for the laurel, the player must be a major contributor to their team, try to maintain a 3.0 GPA and document their community service throughout the season. Finalists will be chosen in November, and then decided on by a voting panel of national media members, retired head coaches, past winners and the Wuerffel Trophy Board of Directors.

White serves as a Wheatgrass Production chair and a Race 4 Relief chair with ENACTUS to benefit the Make a Wish Foundation, Caritas of Austin and True Vineyard Ministries. He’s volunteered for the Women’s Clinic during the past three years, assisted at Hays County Pee Wee Football Camps, participated in “Walk a Mile in Her Shoes” events, and has been a guest speaker at several occasions. He took part in the Sun Belt Conference “Strong Ain’t Wrong” initiative for mental wellness, and has helped out at the Hays County Food Bank and Hays County Women’s Center. In addition, White has read at several schools in San Marcos, is on the leadership team for Team Impact with Mathiaz Rocha, and is the football representative on Texas State’s Student-Athlete Advisory Committee.

White is one of 92 nominees on this year’s Watch List that includes eight other Sun Belt players. The winner of the award will be announced on Dec. 10, with the trophy being presented on Feb. 14, 2020, at the 51st All Sports Association Awards Banquet.