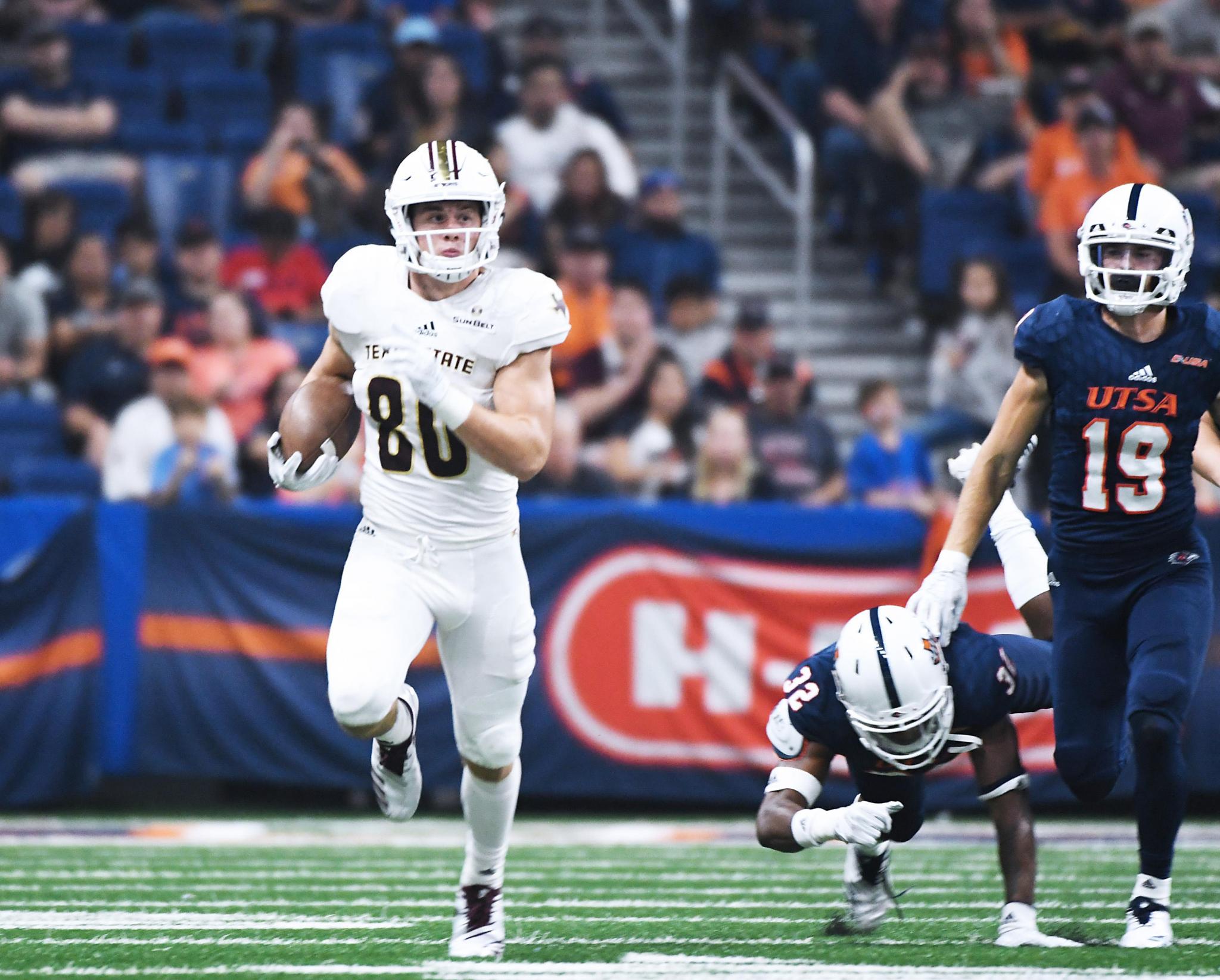 Freshman quarterback Tyler Vitt grabbed the snap and handed it to sophomore running back Caleb Twyford.

Twyford sweeped to his left and pitched to junior wide receiver Hutch White who was running right.

White sprinted past a Louisiana defender and threw on the run to a wide open Vitt for a 5-yard touchdown pass on Saturday.

“In high school, up to my sophomore year, I was a quarterback,” White said. “So, I was kind of used to being able to throw the ball. It’s really reassuring that the coaches have trust in me to be able to pull off a play like that. They know that I can get it done. So, it’s nice.”

White has become a versatile player for the Bobcats.

The junior from Kerrville not only catches passes, but he also throws them, and even field punts. White made a career-high 11 receptions on Saturday against the Ragin’ Cajuns, completed 1-of-2 pass attempts and hauled in two punts.

But White’s most exciting punt return came against UTSA on Sept. 22 inside the Alamodome in San Antonio. White ran 32 yards and hurdled over a Roadrunner in the process.

“I’ve never tried to hurdle anybody in my life until I guess it was Texas Southern and then the next, UTSA also,” White said. “I don’t know where that came from. But, I guess I just pulled it out of my back pocket. But I just saw the punter. I knew he was going to go low on me so I just thought might as well try to go high.”

“That guy is going to try to be as perfect as he can,” Withers said. “He works his butt off at practice. You get in the game what we see in practice. You know, and that’s usually how it works. Good players usually work their butts off at practice and you usually get that in the game. It usually shows up. The Bryan Londons, the Hutch Whites, the Keenen Browns, they usually give you what they give you out here Sunday through Friday. So, we’ve learned to value Hutch in a lot of ways. What I don’t want to do is ever take Hutch for granted. I want to continue to value Hutch in as many ways as we can.”

White also believes the work he does in practice helps him during games. He looks to continue to provide a spark for Texas State during each game.