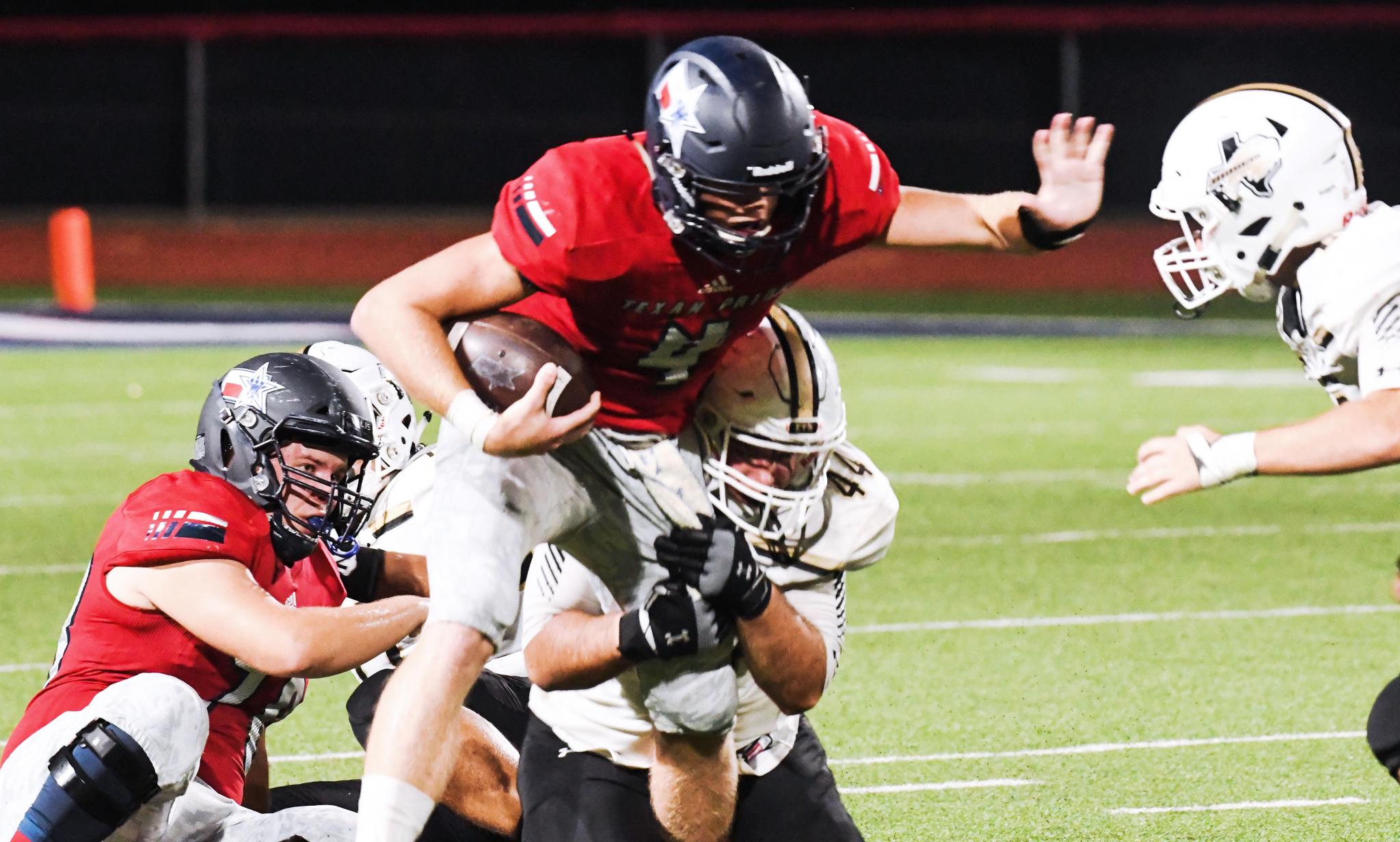 The Wimberley Texans (2-0) mounted a 74-yard touchdown drive and capitalized on a late-game turnover to stun the Giddings Buffaloes (0-2), 29-22.

The win bumps the Texans’ record to 2-0 while Giddings falls to 0-2.

Giddings scored on the opening drive on a Brian Zoch 1-yard touchdown run to open up the score at 7-0. Fortunately for Wimberley, the Buffaloes could only reach the end zone just once as the Texan defense held firm.

The Wimberley offense was inept in the first half as the Texans failed to make any scoring opportunities and were shut out. Giddings made one final push as the Buffaloes were in field goal range at the end of the second quarter. Though the Texans blocked the kick, the flag was thrown for “leaping” as the Buffaloes were granted a second chance and kick the field goal to end the half making the score 10-0.

The Wimberley offense came out on fire during the second half as the Texans went on a 14-0 run as Cooper McCollum found Christian Marshall in the corner of the endzone and Moses Fray tacked on the second score with a one-yard touchdown run.

Giddings took the lead late in the fourth quarter following an Alex DeLaTorre touchdown run, but the Texans responded as Fray went 66 yards for the score to retake the lead. The Buffaloes responded as DeLaTorre hit C.J. Anderson for a 63-yard touchdown pass with 2:20 left in the game.

Down 22-21, McCollum leads a 74-yard touchdown before hitting Josh Limely for the touchdown with just 1:04 left in the game. He also hit Colby Boyle for the two-point conversion to make it 29-22. A fumble by the Buffaloes ensured the Texans would hold on to the victory

McCollum went 18-31 with 300 yards passing, 2 TDs, and 3 interceptions. Moses Fray lead the team in rushing with eight carries for 69 yards and 2 touchdowns.