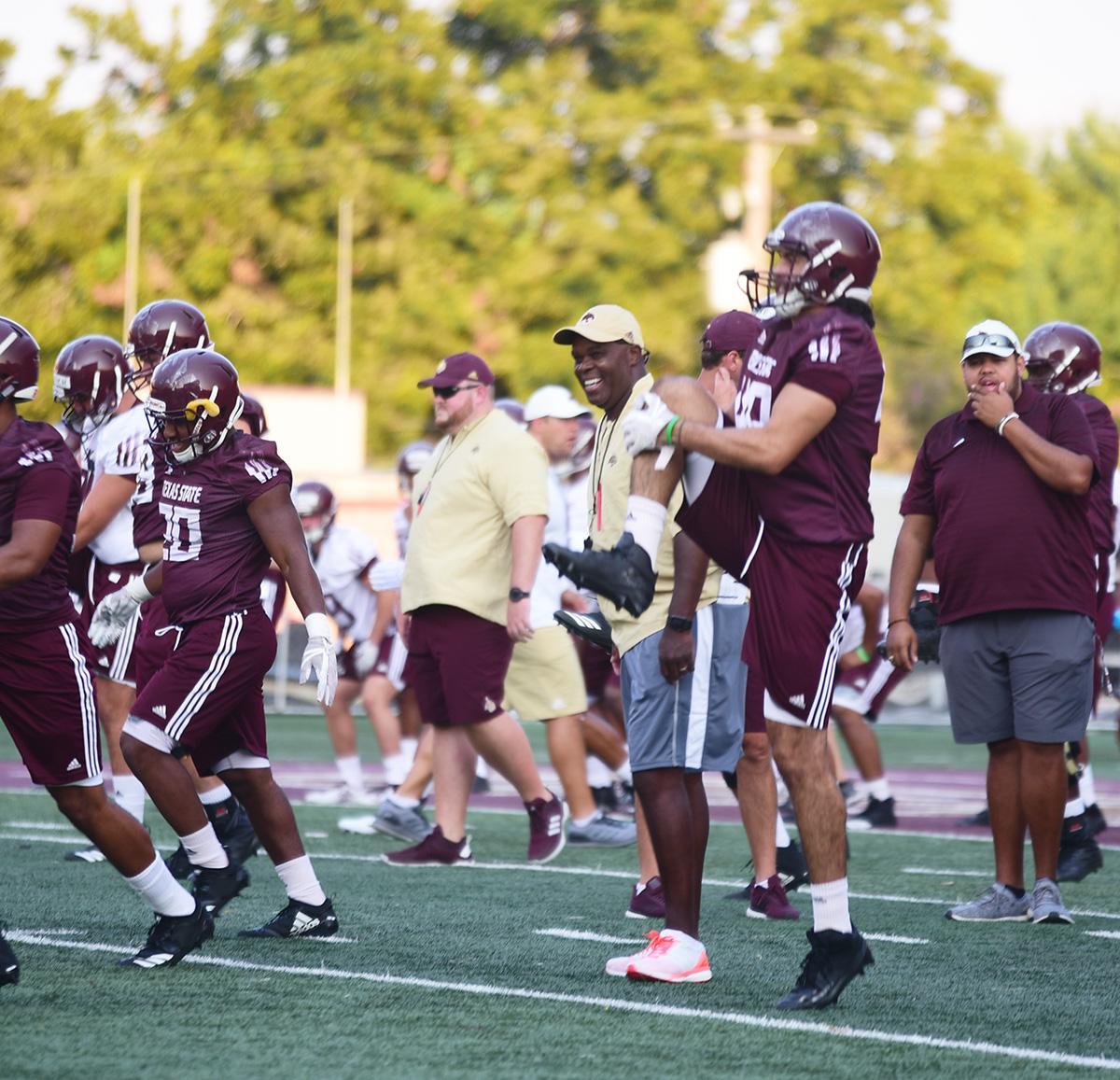 He struck a different tone than in his previous two seasons in San Marcos, following what he says was without a doubt the Bobcats’ best training camp during his tenure.

“No doubt about the daily practices and the competition level at practice,” Withers said. “No doubt about the focus at meetings. The two previous camps there’s always been something that’s set us back with off-the-field something because of guys being not bought in to what we need to be bought in. We didn’t have that at all this camp. We probably grew closer this camp than maybe any camp I’ve ever been a part of. It’s been a lot of fun to be around these guys.”

As Texas State prepares for its season opener against Rutgers on Saturday, Withers is familiar with the Bobcats’ opponent. Withers faced the Scarlet Knights multiple times while at North Carolina and at Ohio State. Withers claims to be undefeated against Rutgers, and he’d like to keep the streak going.

“The way I look at this game is we want to go beat a Big 10 school,” Withers said. “We’d love to go win the opener. My hope is to find out a lot more about our team next Saturday at 11 a.m. Hopefully by 2:30 p.m. or so, 3 o’clock, we’re healthy and we know about our team as we move closer to our conference schedule. So, that to me is the most important thing. I’m excited to just go watch our team play. I really am. It’s as good a feeling on Monday of game week as I’ve had since I’ve been here.”

As Texas State readies for the 2018 campaign, it enters the year with more scholarship players than Withers had in his first two seasons. Texas State comes into 2018 with an expected 76 scholarship athletes, bringing Withers closer to his desired ‘pair and spare’ at each position.

“In year one, we didn’t have one at a spot, where we were having to move a tight end to tackle,” Withers said. “That’s where we were in year one. Year two, we were playing with a lot of young guys, a lot of freshmen. They didn’t really have any backups. There was piecemeal along the entire offensive line. At this point now, I feel like we’ve got more of a pair. We don’t have a spare in all the spots. But we’re getting close to that pair, and even though the second piece of that pair is young, it should bode well for us as we move through the season.”

“I think we’ve had tremendous competition in a lot of positions,” Withers said. “A lot of competition at receiver. I think it’s been a great camp. I think we’ve gotten better at receiver because of that competition. There’s some guys there that have gotten nicked up during camp that have said ‘I’ve gotta hurry up and get back or I’m gonna lose my spot,’ which that’s what you want. It’s been the same thing a little bit in the secondary this camp. It’s been the same thing in the offensive line this camp. So, we’ve had more competition this training camp than in any point in time since I’ve been here. And to me, when you start building competition that means your team has a chance to improve and get better in practice.”

Although the Bobcats are excited for the season opener, Withers acknowledged they’ve got work to put in to prepare for Rutgers.