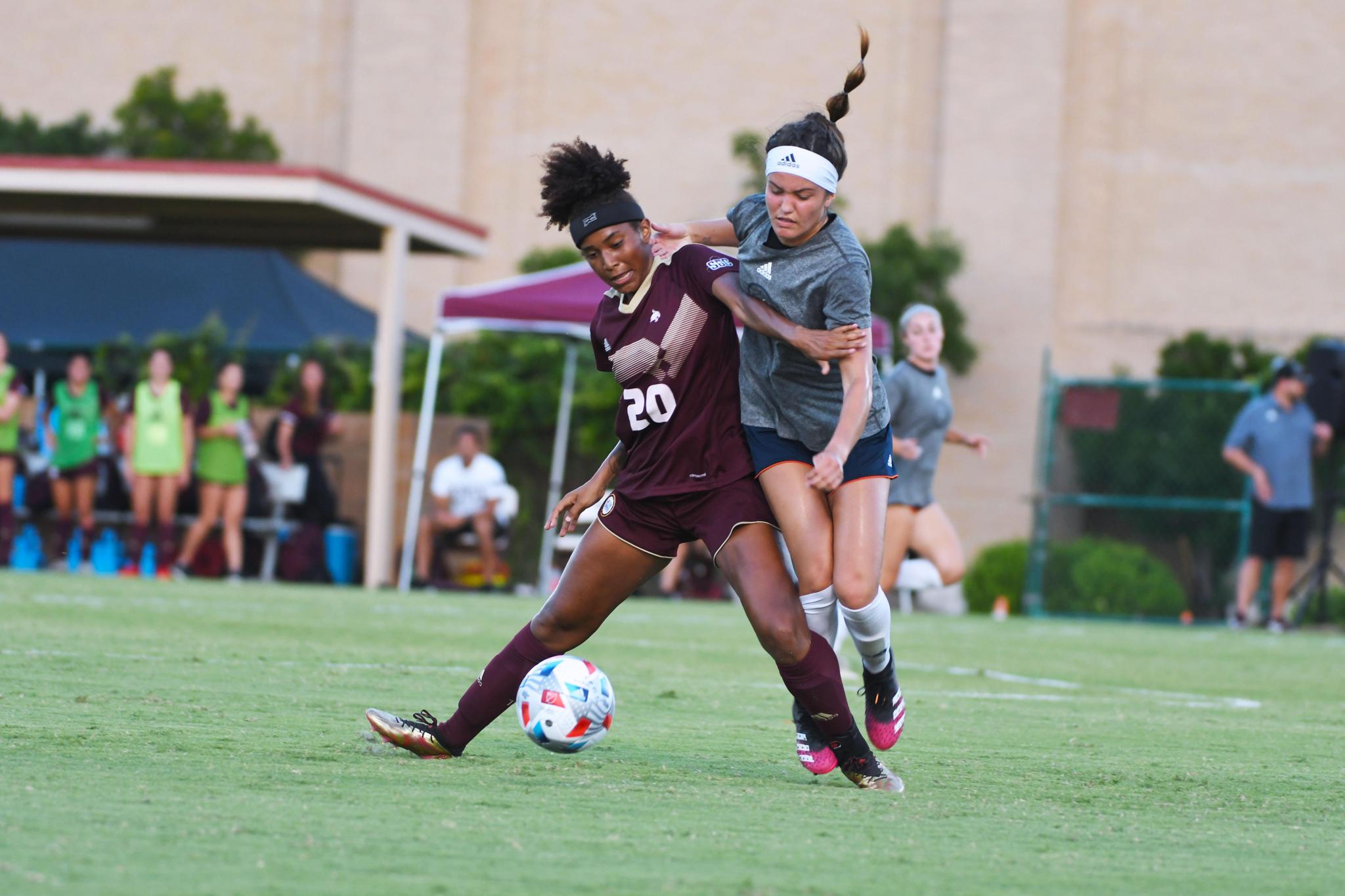 “It’s tough to go 2-0 in the Sun Belt, it’s a great conference. And Georgia State, another great team, well-organized, good coach. So ultimately, it was good,” head coach Kat Conner said. “I thought it was a pretty fair game, back and forth. I think both teams had some opportunities. It’s just that we got that one to slip in and that’s just what happens sometimes.”

Neither team scored in the opening half inside Bobcat Soccer Complex, with the Panthers (6-3-1, 1-1-0 Sun Belt) taking six shots and the maroon and gold taking five. But Texas State (5-2-1, 2-0-0) found more chances in the second half, outshooting Georgia State, 7-4.

With under 18 minutes left in the match, sophomore midfielder Trinity Clark slipped a through ball from the left side of the pitch to the center, finding fellow sophomore midfielder Mya Ulloa in front of the visitors’ 18-yard box. Ulloa passed it to sophomore forward Olivia Wright on her left, who cut back to the middle and fired toward goal. The ball found the bottom left corner of the net, putting the Bobcats ahead, 1-0.

“When Mya gave me that ball, I knew that the first thing I needed to do was look up and go forward,” Wright said. “So today was about believing and executing all of our shots.”

The Panthers were held to one shot the rest of the match, taking the loss. Texas State sophomore goalkeeper Beth Agee finished the game with three saves.

The Bobcats are now on a four-match winning streak and already have more wins in 2021 than they did all of the 2020 season. Wright’s goal was her second of the year.

“We’re gonna enjoy the win today and embrace it,” Conner said. “And then we’ll start looking at film on South Alabama on Monday and then, of course, on Troy on Tuesday and start putting together a game plan and start working on ourselves to prepare for two awesome teams. Again, the Sun Belt has some great teams and it doesn’t get any easier. So I know that we’ll have our work cut out for us.”