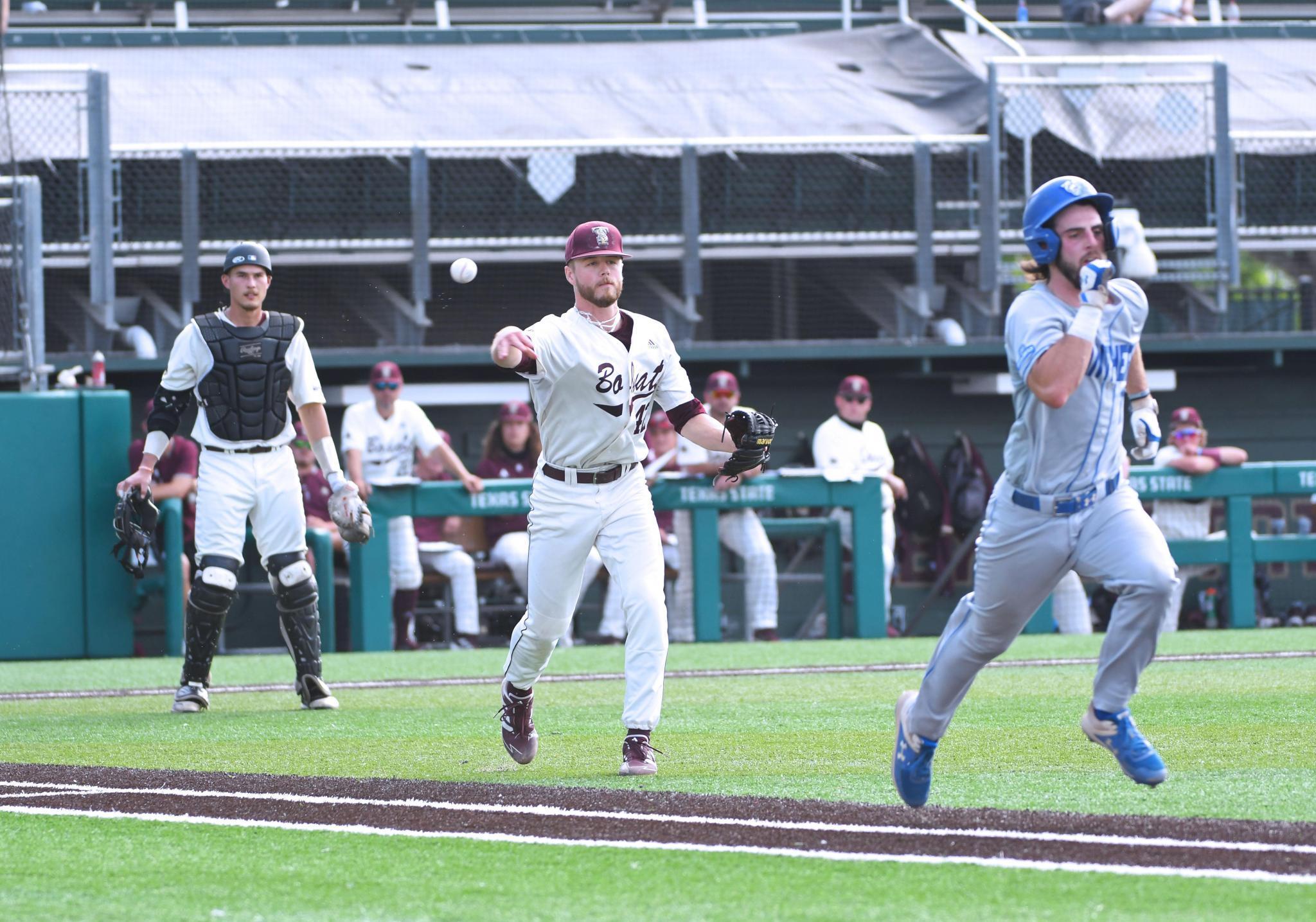 “Thank you to the Cubs for this opportunity,” Leigh said in a statement. “This is a dream come true and I can’t wait to get to work!”

The right-handed pitcher made 70 appearances on the mound in five seasons for the maroon and gold, including 29 starts. He collected 204 career strikeouts in 221.1 innings, posting an ERA of 4.59 and a WHIP of 1.44. He finished his career with a 12-13 record and six saves.

The Victoria East graduate was a member of the 2019 Texas State squad that won the Sun Belt regular season championship. Leigh earned saves in both games of a doubleheader against UT Arlington on the last day of the season that clinched the title for his team.

He received two Player of the Week honors during the 2021 season. The first came from Collegiate Baseball Newspaper after fanning 10 batters on Opening Day against BYU. The second came on April 1 after tossing a complete game, three-hit shutout against the Mavericks.

Leigh was taken in the 16th round with the No. 484 overall pick. He’s now the fourth former Bobcat to be drafted by the Cubs, joining Darren Dreyer (1992), Josh Walter (2007) and Tyler Pearson (2014). Leigh was one of 15 Sun Belt athletes chosen in the draft. Texas State has now had players selected in 18 drafts the past 19 years.

“I couldn’t be more fired up for Zac and his family to see his dream of getting drafted come true. As a walk-on two-way player out of high school, he just continued to work hard and always pitched with an edge about him,” head coach Steven Trout said in a statement. “He’s one of the most competitive players we’ve had the privilege to coach. I can’t wait to follow his career and I’m very thankful for all he did for Texas State.”