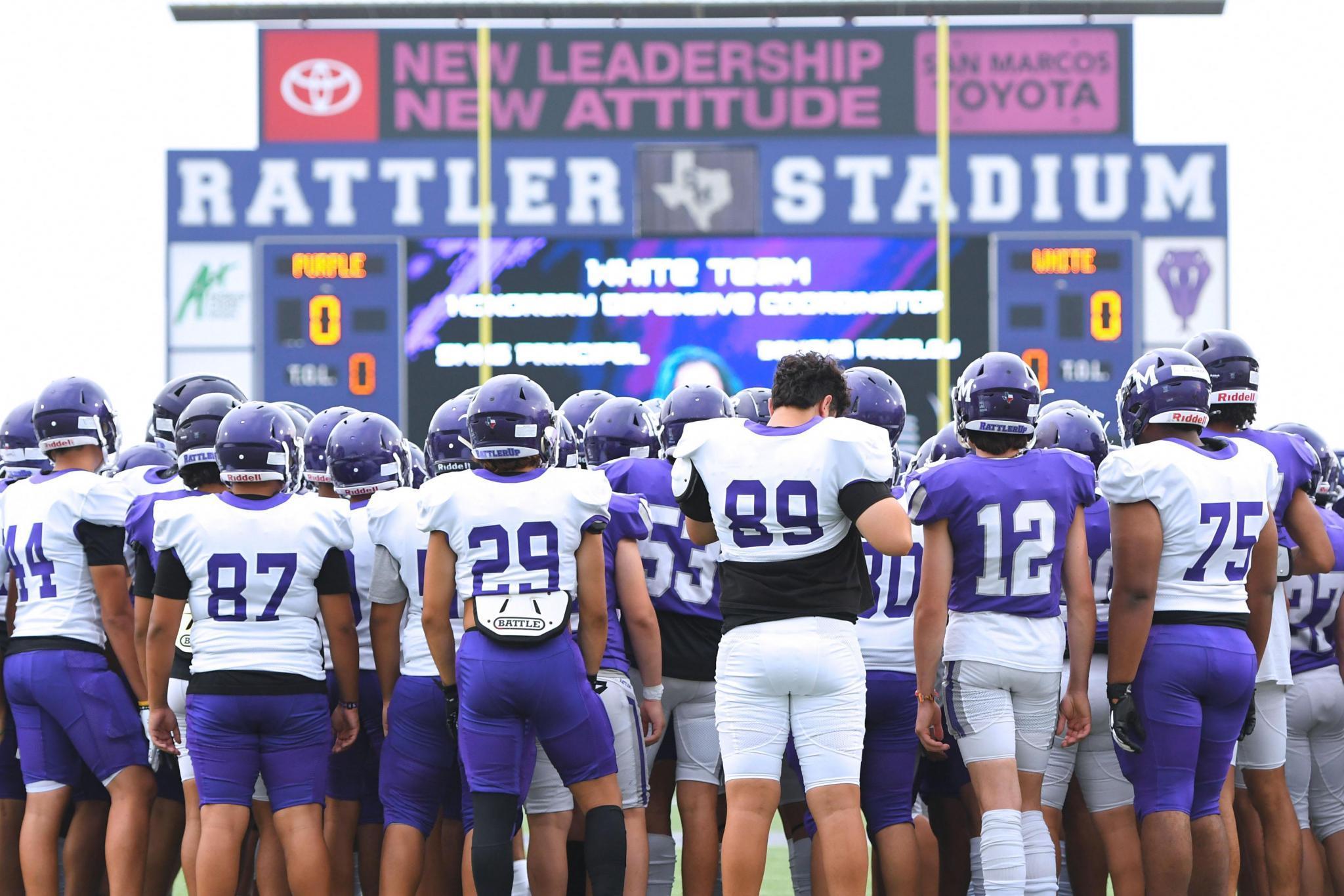 San Marcos High School’s football team received a recommendation for a two-year ban from the playoffs by the District 27-6A District Executive Committee.

John Walsh, San Marcos athletic director and head football coach, said several players who transferred were ruled ineligible for transferring for athletic reasons. Walsh also said the alleged players involved in the ruling played on the same select youth football team as middle schoolers. Walsh continued to say that the district will appeal the DEC’s ruling to the University Interscholastic League, which oversees high school athletics in the state.

The ban would be effective starting this season, meaning that barring a change after the appeal process San Marcos would be unable to qualify for the 2022 UIL State Championships regardless of record.

“There’s an appeals process, we’re gonna go through the appeal process,” Walsh said, “and I trust the process.”

“I told our kids we can [only] control what we can control and let’s make dang sure that if the ruling gets overturned we’re in there [and] that we’ve qualified ourselves for the playoff to get into it.”

Quote from @jwalshrattler on today’s rumors regarding a playoff ban for San Marcos football:

“Today the 27-6A district executive committee ruled several of our players that have transferred ineligible for transferring for athletic reasons.”@smdrsports

This report has been updated.