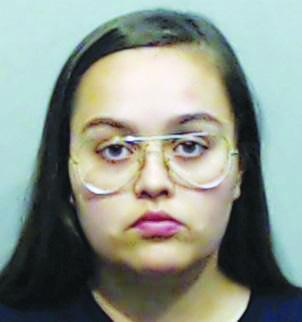 A Kyle woman was found guilty of capital murder and convicted to life in prison without parole.

The trial, which began on April 25 and spanned over the last two weeks, displayed evidence showing Chagoya-Williams called 911 on July 4, 2018, claiming that her 20-month-old son was discovered not breathing after a nap. Kyle Fire Department and EMS attempted to revive the child upon arrival to the Williamses' home in the 300 block of Marquitos Dr. in Kyle, but they quickly noticed bruises and other evidence that the death occurred hours earlier

Officials said investigators later learned that Chagoya-Williams and her husband made multiple calls to tell family members the baby was dead up to 12 minutes before calling emergency services.

A Dell Children’s Hospital pediatrics expert and the medical examiner testified that Mason’s death resulted from squeezing the child’s body, which deprived his brain of oxygen, officials said, adding that the Williams’ other child, an 8-month-old baby girl was removed from their care by Child Protective Services the day following Mason’s death. Dell Children’s Hospital physicians found multiple serious injuries on Mason’s sister, which were similar to those Mason suffered.

CPS caseworkers also testified that they’d observed similar injuries to Mason in 2017. Mason was returned to the Williamses' care by March 2018 but only after they’d completed required services.

Chagoya-Williams gave multiple inconsistent statements where she denied knowledge of her children’s injuries, officials said. But phone extractions from Chagoya-Williams and her husband’s phone showed injuries to both children over several months.

Following a 10-day trial, Chagoya-Williams was found guilty of capital murder of a child under 10 years of age on Friday. Henry sentenced her to life in prison without the possibility of parole.

The Hays County Criminal District Attorney’s Office represented the Department of Family and Protective Services in a parental rights termination trial in February 2019 that ended with a jury terminating the couple’s parental rights to their surviving child.