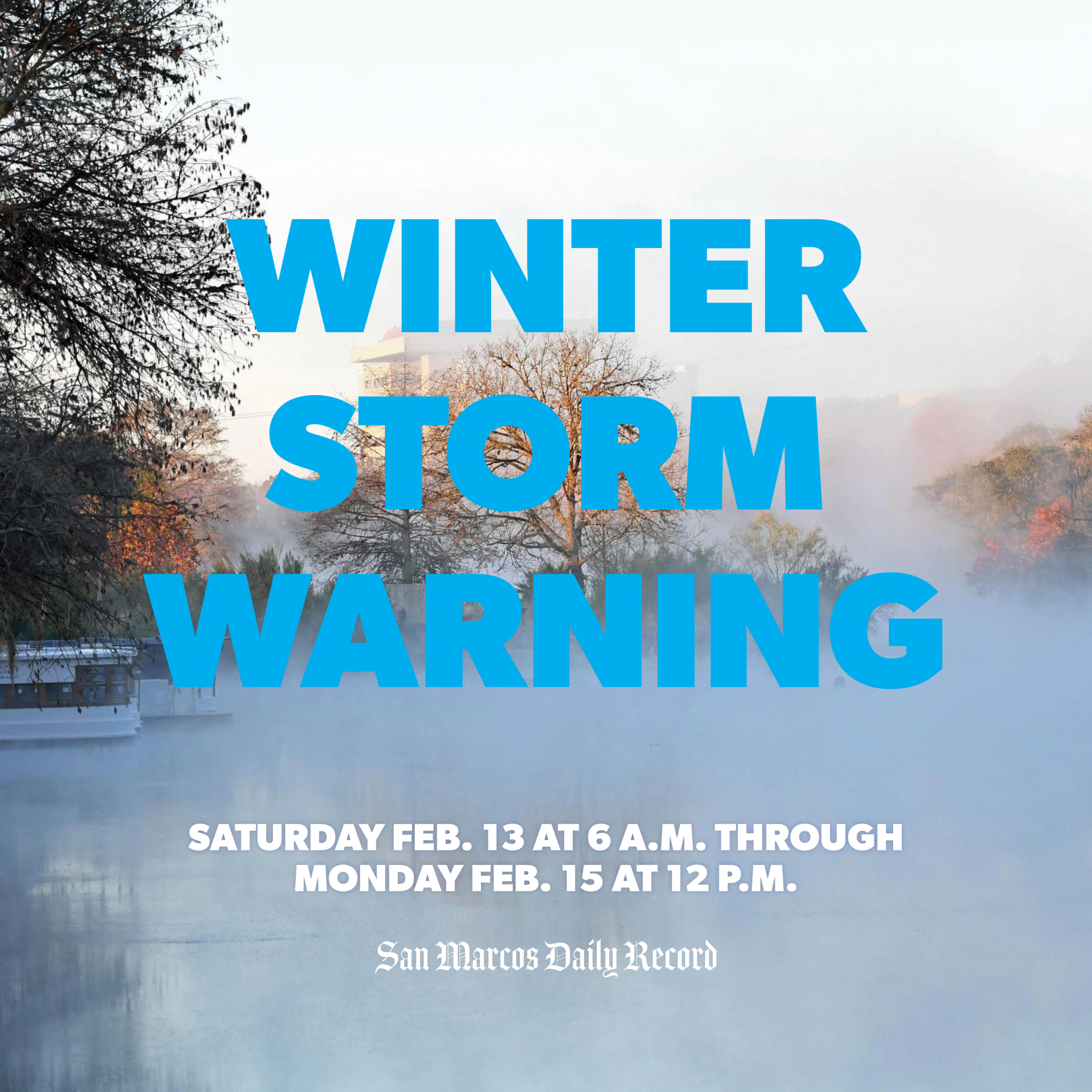 The National Weather Service has issued a winter storm warning for Hays County, which goes into effect at 6 a.m. on Saturday and stretches through 12 p.m. on Monday.

The NWS said light icing accumulations will be possible Saturday and icing on already frozen surfaces will quickly become problematic. A “more robust” system is expected to arrive Sunday afternoon and Sunday night. Snow accumulations between 1-3 inches and ice accumulations of around one-tenth of an inch are possible.

“This cold air that’s over us right now, we’re kind of gonna stay in this cold pattern for several days,” NWS meteorologist Yvette Benavides said. “Starting tonight, we could start to see a redevelopment of freezing drizzle that will probably be sometime after midnight.

“One thing we’re emphasizing is that because we’ve already seen the freezing rain from (Thursday) and then a lot of areas haven’t fully recovered or melted, any additional accumulation even though (Saturday) may be pretty light in accumulation, any additional accumulation could cause some impacts, especially since we’ve been so cold for a good amount of time now,” Benavides added. “The roads have had a chance to cool off quite a bit and so impacts may come on faster than what we saw (Thursday).”

The NWS is forecasting temperatures to reach a high of 37 degrees on Sunday but lows will get down to 16 degrees Sunday night with chances of snow and sleet. Benavides said anywhere between 1-1.5 inches of snow may be seen in San Marcos on Monday morning.

“Sunday afternoon that’s where we’re gonna see some changes with some wintry mix of freezing rain, sleet and then changing over to snow by Monday,” Benavides said, adding that north winds will blow 15-20 mph on Monday and gusts may be in the 30-mph range.